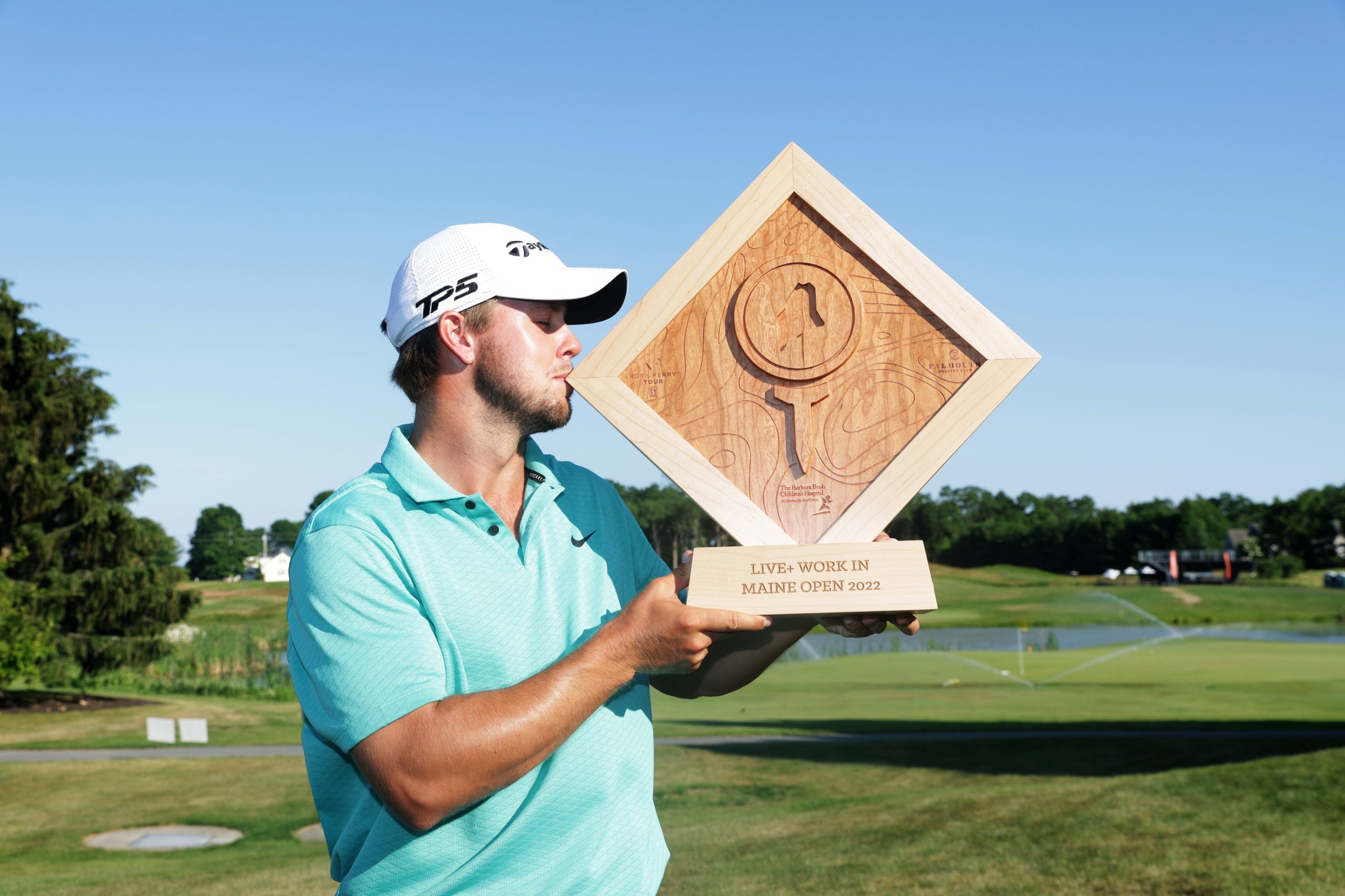 The revamped Korn Ferry Tour schedule kicks off Sunday in Great Exuma, Bahamas, with the first of 26 tournaments.

Record prize money is up for grabs – $28 million to be exact – as are 30 PGA Tour cards, as the feeder tour has gone away from the 25-25 model that saw cards handed out after the regular season and three-event Finals. That postseason format, which gave not only KFT players standing Nos. 26-75 in points but PGA Tour pros who finished Nos. 126-200 a final chance to earn or keep their PGA Tour cards, is now a four-event closing stretch that offers elevated points and purses along with decreasing field sizes culminating with a 70-player Korn Ferry Tour Championship.

Q-School also received a facelift, with the top five finishers and ties at final stage getting PGA Tour status, the first time more than KFT cards will be awarded since 2012.

With all that said, which players are most likely to graduate from the KFT in 2023? We’ve come up with a list of 10 names to keep an eye on:

2022 KFT finish: 32nd
Age: 23
College: Texas (2022)
Buzz: Just three starts into his KFT career last summer, Coody won the Live and Work in Maine Open, a week after tying for fourth in Wichita. He appeared on his way to a PGA Tour card, but things didn’t go according to plan the rest of the season. Coody notched just one other top-10, missed four of seven cuts after his win and then had to withdraw from the KFT Championship because of a fractured hamate bone in his left hand. He had surgery in late September, but is ready to go for the season opener in the Bahamas. As long as he stays healthy – Coody also broke his right arm in December 2021 and missed almost four months of his senior year at Texas – Coody is as close to a lock for the top 30 as it gets.

2022 KFT finish: DNP (T-3 at Q-School)
Age: 23
College: Oklahoma (2022)
Buzz: With a couple top-10s last summer on the PGA Tour and then an opening T-18 to start the KFT Finals, he nearly bypassed a full season on the KFT altogether. But back-to-back missed cuts to cap the Finals sent him to Q-School, where he easily secured 12 guaranteed starts to start this new KFT season. The New Jersey native has a good chance to lead the KFT in driving distance and his ball-striking is already PGA Tour ready, but here’s something else to keep in mind that teases of a massive year for the 2022 Haskins Award winner: He’s made three PGA Tour starts this fall, hasn’t missed a cut and ranks top 40 in strokes gained around the green and putting, two areas where he typically has struggled in his young career.

2022 KFT finish: 30th
Age: 20
College: None (2019)
Buzz: Bhatia looked to be on his way to earning a PGA Tour card after winning the season-opening event in Great Exuma. However, he missed 13 of his final 23 cuts, didn’t record another top-10 and only cracked the top 20 twice more. With another year of seasoning under his size-28 belt, Bhatia ha the potential to be one of the best all-around players on the KFT this season.

2022 KFT finish: 48th
Age: 24
College: Oregon (2018)
Buzz: There he is! It’s taken a few tough years, but things are finally looking up for the former world-beater and 2018 Haskins and Nicklaus awards winner. Xiong, with no status, Monday qualified into the Wichita Open last summer and won by shooting a whopping 26 under. He did little else in his final seven starts of the season, but with a full-time return to the KFT on tap, few would be surprised in Xiong showcases a little bit of the form that drew Tiger Woods comparisons while he was an amateur.

2022 KFT finish: DNP (T-8 at Q-School)
Age: 23
College: Florida Gulf Coast (2022)
Buzz: In order to have success on the KFT, you have to go low, and Capan showed that ability by shooting 51 under in 11 rounds while losing to just two players through the first three stages of Q-School. He then tied for eighth at final stage to earn his 12 guaranteed starts. A highly ranked recruit who once closed in 59 to win his high school state tournament, Capan didn’t have the college career he had hoped as he split time at Alabama and FGCU, but his game has certainly has passed the eye test these past few months.

Age: 26
College: Oklahoma (2021)
2022 KFT finish: 70th
Buzz: Here’s the skinny – or should we say burly – on the former six-year Sooner: He’s not going to wow you tee to green, but when it comes to short game and rolling in putts, few are tougher to beat. Though he had just three top-25s in his rookie KFT season, he shot 66 or better at least once in eight of 21 starts. An improvement with his ball-striking would lead to better consistency and likely a spot in the top 30.

2022 KFT finish: 80th (T-29 at Q-School)
Age: 25
College: Georgia (2021)
Buzz: Early last May, Ralston was running out of energy, having played a bunch of mini-tour events and Monday qualifiers. Making matters worse, he had made just one KFT start at that point (a T-53 in Savannah) and was re-shuffled down the priority list. So, after missing the cut in a GProTour event in Alabama, Ralston decided to go home to Sea Island, Georgia. But before he could leave, his host talked him into staying a few days and trying to qualify for the KFT event in Huntsville. The Saturday before, Ralston got word he was in the field, he went on to tie for ninth and ended up playing 12 more tournaments with two more top-10s. “I remember that point last year was kind of a spark,” Ralston said, “like, hey, here’s a chance, you have the opportunity to go make the most of it.” He narrowly missed getting into KFT Finals, but his performance helped send him straight to final stage, where he locked up eight guaranteed starts.

2022 KFT finish: T-197 (T-24 at Q-School)
Age: 22
College: Pepperdine (2022)
Buzz: Will the Bucket Boy become the Bucket Man in 2023? After placing ninth on the PGA Tour Canada last summer, Highsmith will have eight guaranteed starts to work with to begin this season on the KFT. He’s only made one career KFT start, a T-30 last year in Utah, but he’s a guy who gives himself a lot of birdie chances (and converts a ton of them), which is crucial on this tour.

2022 KFT finish: DNP (2nd at Q-School)
Age: 32
College: Arizona State (2010)
Buzz: With eight Japan Tour victories and 12 major starts to his name, he’s arguably the most decorated KFT member this year. If his runner-up showing at final stage is any indication, Kim is poised for a big year as he finally begins full-time work in the U.S. after over a decade playing internationally.

2022 KFT finish: 42nd
Age: 31
College: Oklahoma State (2014)
Buzz: For four straight seasons now, Dougherty has done enough to keep his card on the KFT, but he’s yet to earn a promotion to the PGA Tour. That includes last season, when he led the tour in both driving distance and total driving while ranking ninth in greens in regulation percentage. With that kind of ball-striking, the fifth time should be the charm.