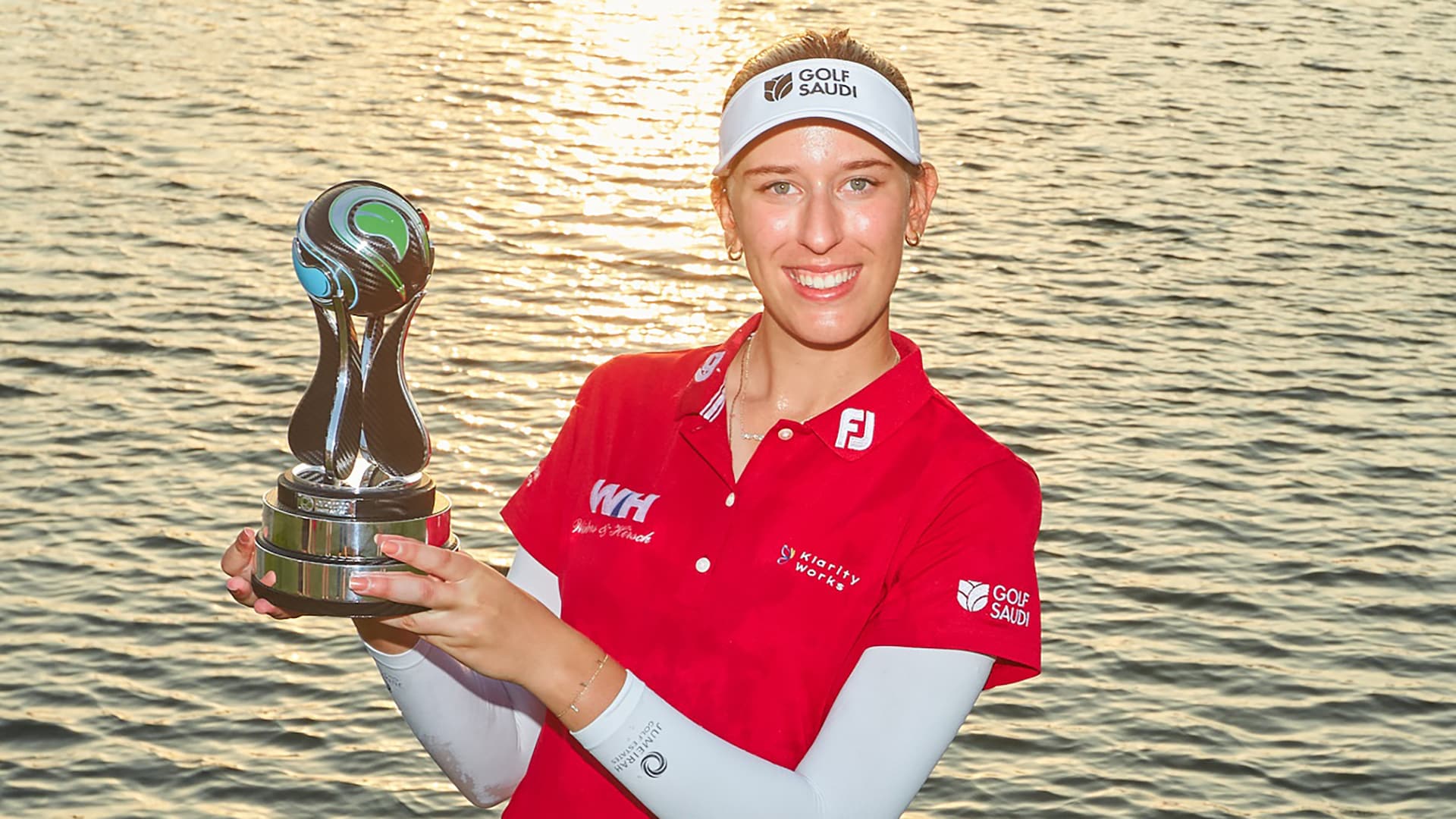 When Chiara Noja was 10 years old, she took a photo with Charley Hull.

Six years later – yes, six ­– the 16-year-old professional golfer found herself in a playoff against Hull on Saturday at the Aramco Team Series Jeddah, and Noja’s father went into his camera roll to mark the occasion.

“Before we went out, my dad showed Charley,” said Noja, who then topped the 26-year-old Solheim Cupper and two-time LPGA winner to capture her first Ladies European Tour title.

Noja, who was born in Germany but now attends high school in Dubai, fired a closing 65 at Royal Greens Golf and Country Club to finish tied at 13 under with Hull, who is ranked No. 17 in the Rolex Rankings and carded four birdies in her final six holes of regulation.

Noja, who turned pro last year and won the Amundi Czech Ladies Challenge, an LET Access Series event, back in June, posted back-to-back birdies in the playoff to pull out the win.

“I don’t think it’s sunk in quite yet,” Noja said. “I think the happiness will come later this evening. … I’ve worked hard over a lot of years now to be able to not back out of shots and commit to everything that I do and not be afraid to fail. … I have no clue what the plan is next. I can’t even begin to fathom it, I’m just going to try and relax tonight. Maybe have a burger and sleep, probably the best night sleep I’m ever going to get and see how I feel.”