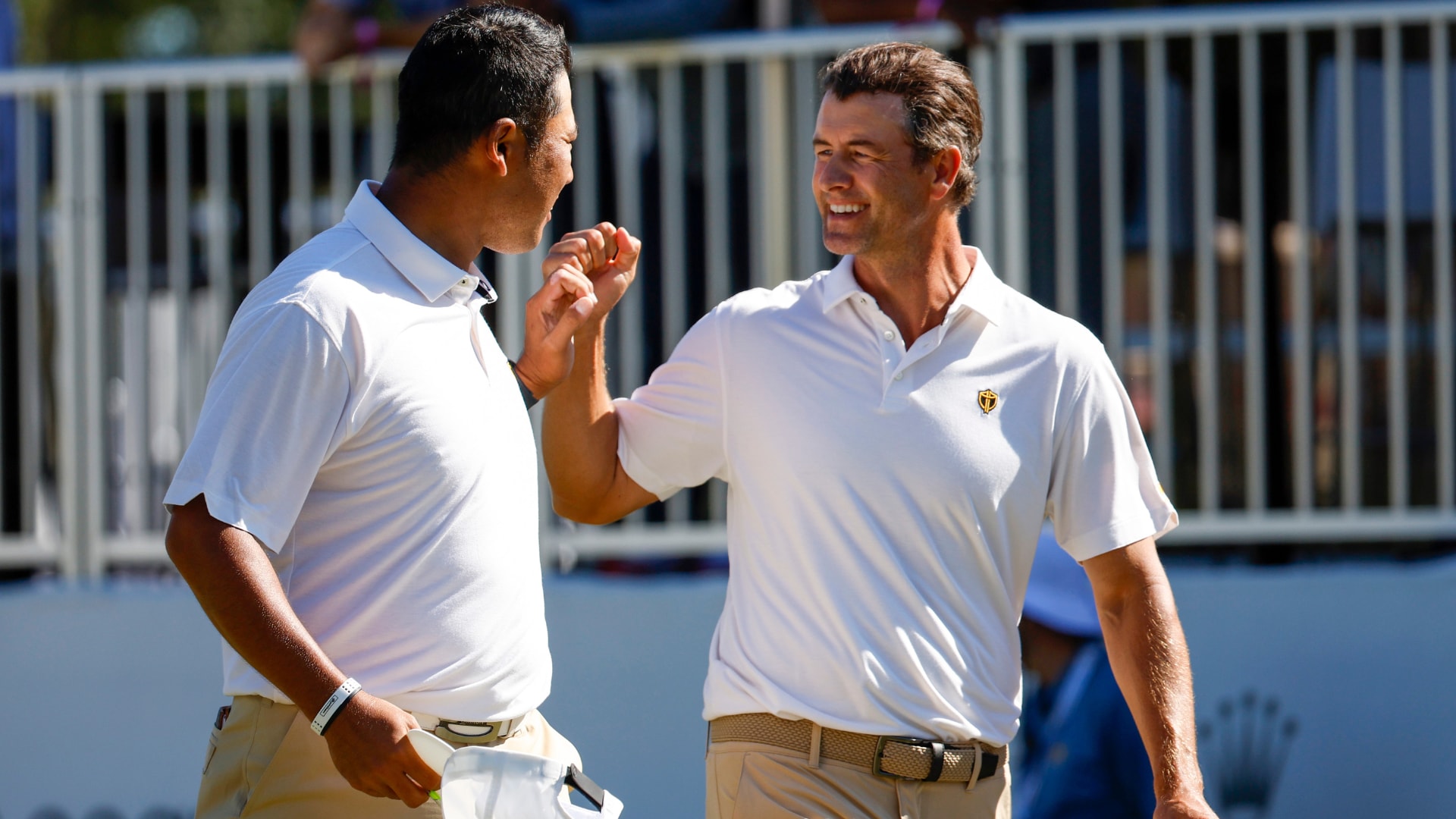 
CHARLOTTE, N.C. – The International team needed something they haven’t done since 2003, a clean sweep of a Saturday team session at the Presidents Cup.

What they got, however, was a foursome split that left the side six back with just a single team session remaining.

Adam Scott and Hideki Matsuyama salvaged what was shaping up to be a horrid week with a 3-and-2 victory over Collin Morikawa and Cam Young, but otherwise, the Rest of the World fell short in what needed to be a historic rally.

Jordan Spieth and Justin Thomas remained perfect as the American dream team cruised to a 4-and-3 victory over Sungjae Im and Corey Conners. The duo moves to 7-2-0 in Presidents and Ryder Cup team play and will be eyeing a perfect week in the afternoon four-ball session.

“We didn’t quite have our best stuff but we made some putts when we needed to and JT hit some great iron shots for a pick-me-up,” Spieth said.

Max Homa continued his Cinderella debut alongside Tony Finau with his third victory this week, this time a 4-and-3 rout of Si Woo Kim and Cam Davis. The Presidents Cup rookie has played 51 holes without trailing at Quail Hollow Club.

Along with Scott and Matsuyama’s victory, the International side received a boost from K.H. Lee and Tom Kim who defeated world No. 1 Scottie Scheffler and Sam Burns, 2 and 1. Still, the 2-2 foursomes split left the U.S. team with a 10-4 advantage.