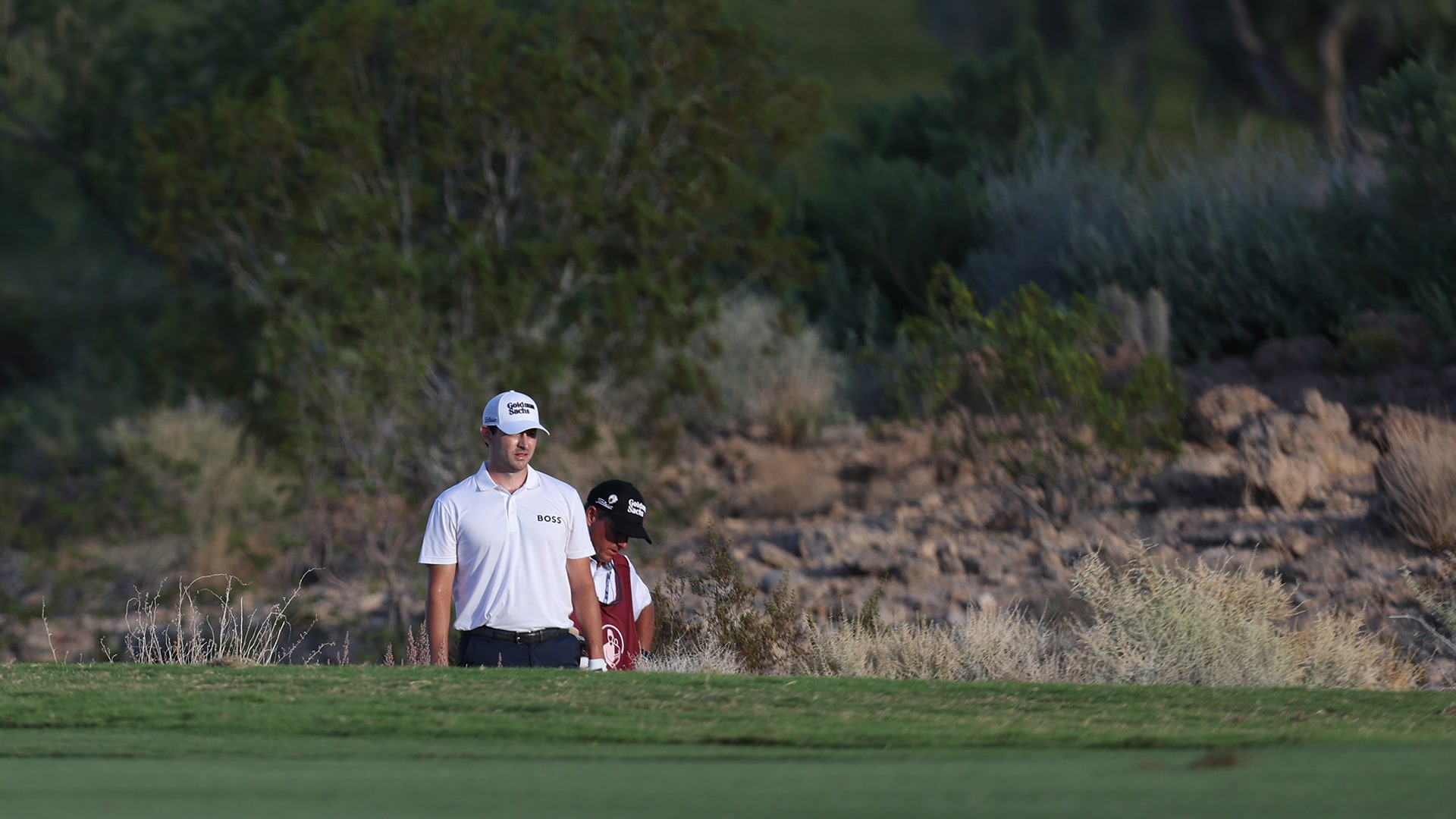 One reporter referred to it as an “unlucky break.”

Patrick Cantlay, though, called it what it really was.

“Yeah, not too unlucky,” Cantlay said of his errant final tee shot Sunday at TPC Summerlin, which resulted in a closing triple bogey and cost Cantlay a shot at his second Shriners Children’s Open title. “I made a bad swing, and it went where it went.”

Cantlay, the 2017 Shriners champ, stepped on the tee box at the par-4 finishing hole tied with Tom Kim for the lead at 24 under. But he then yanked his drive left and into the desert, his ball coming to rest in some desertscrub, and the rest was, well, hard to watch.

Instead of taking an unplayable in what would’ve been an unpredictable desert lie from 160 yards out (and over water), Cantlay opted to try to punch the ball back into the short grass. With Kim in the middle of the fairway and just 123 yards away from the hole, Cantlay needed to make par.

So, he took a lash at the ball – and it failed to get out of the brush.

“I figured it was worth the risk because I didn’t think I’d have too much of a chance of getting it up-and-down from the brush there,” he said.

From there, Cantlay took a drop, but with his fourth shot, he clipped another bush, this time taking enough off his shot for his ball to find the water. After another drop, Cantlay found the green from just more than 100 yards out.

Sure, he would then sink a 36-footer for his triple to tie Matt NeSmith for second, three shots back of Kim, who closed with par for his second career Tour victory. But that likely wouldn’t do much to make dinner taste any better.

“I had a chance coming down the back nine,” said Cantlay, who began the day tied with Kim at 19 under. “I hit a lot of good shots, made a lot of good swings, so yeah, like I said, all in all, it was a good week, and I played a lot of solid shots this week.