↓ Skip to Main Content
Home › Blog › Accuracy off the tee an issue for Phil Mickelson heading into U.S. Open

Accuracy off the tee an issue for Phil Mickelson heading into U.S. Open 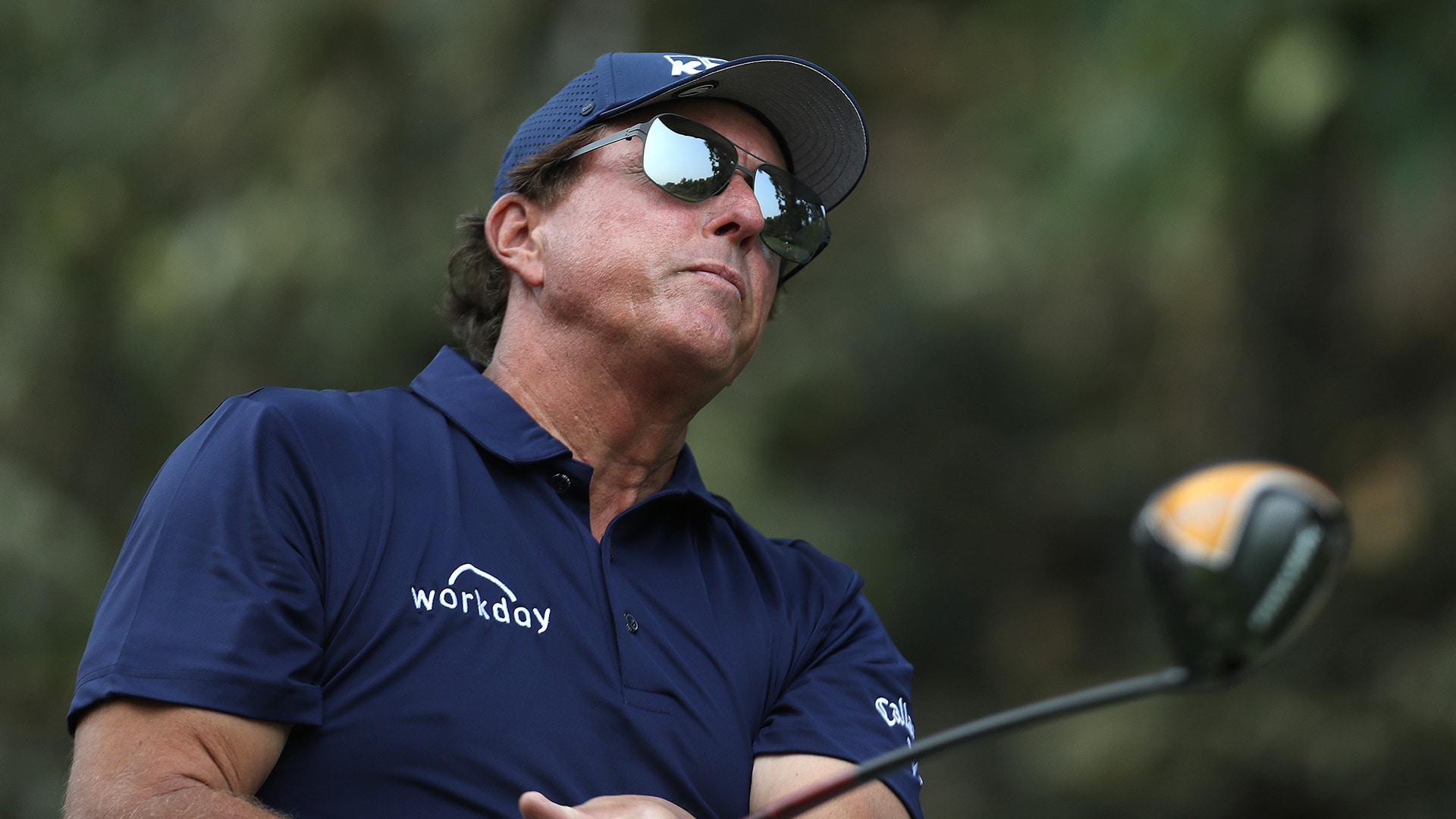 As Phil Mickelson prepares to return to the site of one of his biggest heartbreaks, he admits that there is work to do.

Mickelson broke par in all four rounds at the Safeway Open, finishing the week at 10 under and at one point playing 48 straight holes without a bogey. But that score still left him in a tie for 44th in Napa, 11 shots behind winner Stewart Cink, and came after a week during which Mickelson struggled off the tee. He hit only 12 of 56 fairways, a stat that’s in part due to the tight confines at Silverado Resort & Spa but also ominous given what lies ahead next week.

“I’ve got some things to work on, but it’s not far off,” Mickelson said. “I’ve got to drive the ball well, my short game needs to be sharp, putting needs to get sharper on faster greens. Lag putting, that’s going to be key. All those things.”

Mickelson famously lost the 2006 U.S. Open at Winged Foot with a double bogey on the 72nd hole, a collapse that started when he sprayed his tee shot wildly left. As he readies for a return to the brutish New York layout, which again serves as U.S. Open host next week, the southpaw admitted that the left miss is once again in play.

“The last couple of months I’ve been missing it more to the right and not worried about the left, and the left crept in again,” Mickelson said. “For years I missed it left. I haven’t been fearing that at all lately, but this week I missed it left, which, that’s not good. I can deal with missing it right now, but not left.”

Mickelson’s close call at Winged Foot is one of six runner-up finishes in the U.S. Open, the most recent coming at Merion in 2013. But since then, when a win would close out the final leg of the career Grand Slam, Lefty has struggled in the event that has most eluded him: only one top-40 finish in five starts, that coming at Pinehurst in 2014 when he finished T-28.

With another chance to add a sixth major title next week at age 50, Mickelson remains optimistic that he can iron out his issues off the tee before Thursday’s opening round.

“There was some positives, too,” he said. “It’s not that far off. It’s not a complete mess, but I’m not striking it the way I’ve been striking it the last few months. It’s not far off, but it’s got to click in the next few days.”