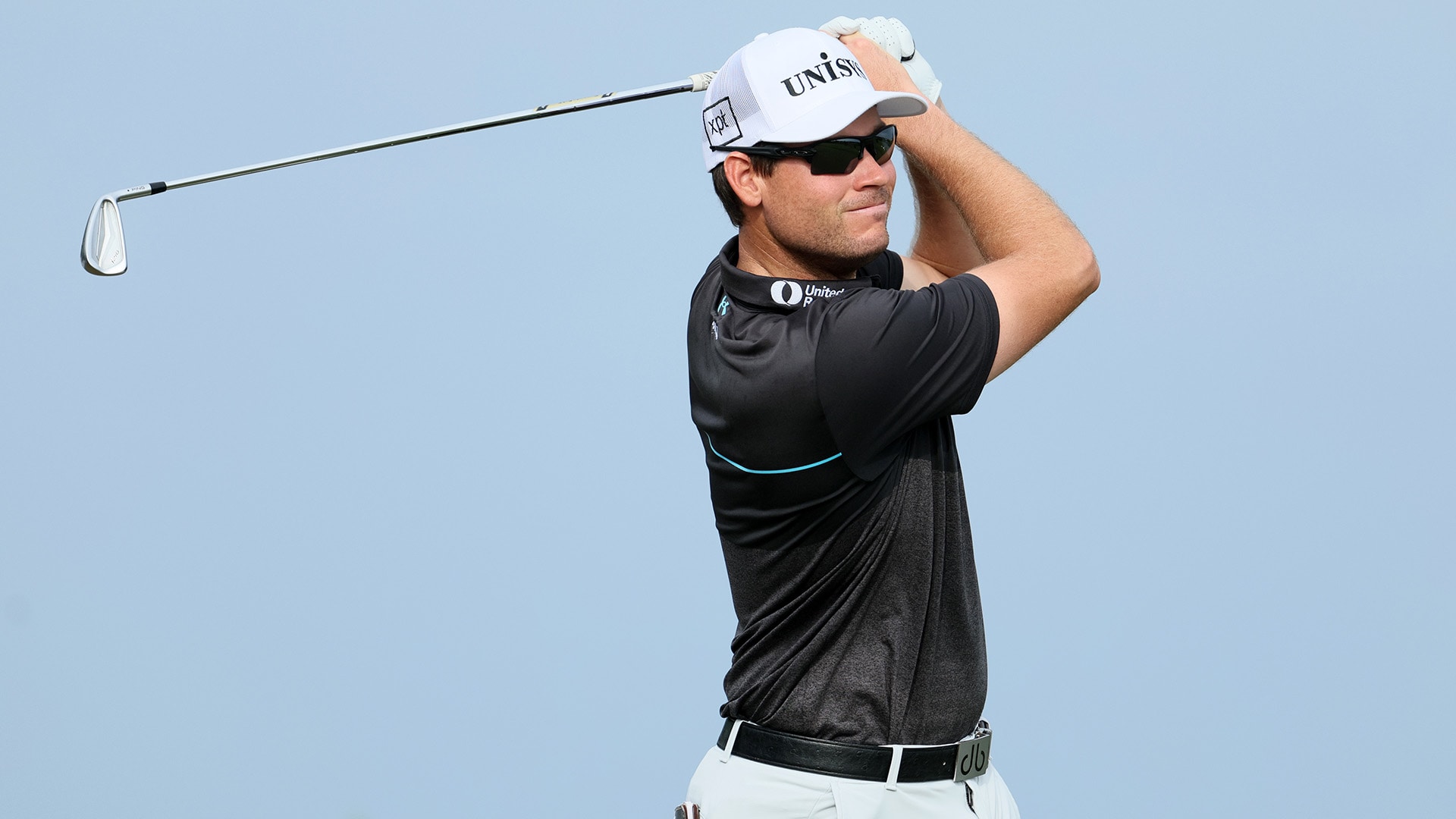 Adam Schenk is 13 under and just one back of the lead at the Bermuda Championship, but that’s hardly the most interesting thing about his week.

The world No. 162 showed up at the airport Monday ready to board a flight to Bermuda and prepare like he would any other week. There was just one problem: his golf clubs hadn’t made the trip to the airport.

“We packed our car at 5 a.m. or so and we went inside to say goodbye to our dog, Bunker,” Schenk said Friday in Bermuda. “Walked right past the clubs that were packed in the garage. Showed up at the airport and opened the trunk and they weren’t there. My wife and I looked at each other like, well, I guess we’ve got to go back.

“And then we were looking for flights, which was a nightmare. Obviously it’s tough to get here, not many flights in and out, but found a Jet Blue flight that got me here Wednesday and then one opened up, a direct flight from Boston on Tuesday, so we ended up booking that one.”

Schenk’s wife, Kourtney, had a little fun on Twitter after Schenk’s first-round 63, calling it a “nice round” and alluding to the Monday-mishap with the clubs.

According to Schenk, having to fly out a day late didn’t interfere too much with his chances.

“I wouldn’t say it impacted me,” Schenk said. “It would have impacted me if I couldn’t have gotten here till Wednesday, that would have been tough like to adjusting to traveling, getting your body adjusted, getting acclimated to the golf course, getting your swing tuned up, because I hit it pretty bad on Wednesday … Luckily that flight opened up and I was able to get here on Tuesday, so that was really helpful.”

Schenk appears to have made the most of his limited preparation, with 12 birdies and an eagle being offset by just one bogey through two rounds.

The former Purdue Boilermaker is seeking his first PGA Tour win this week in Bermuda.