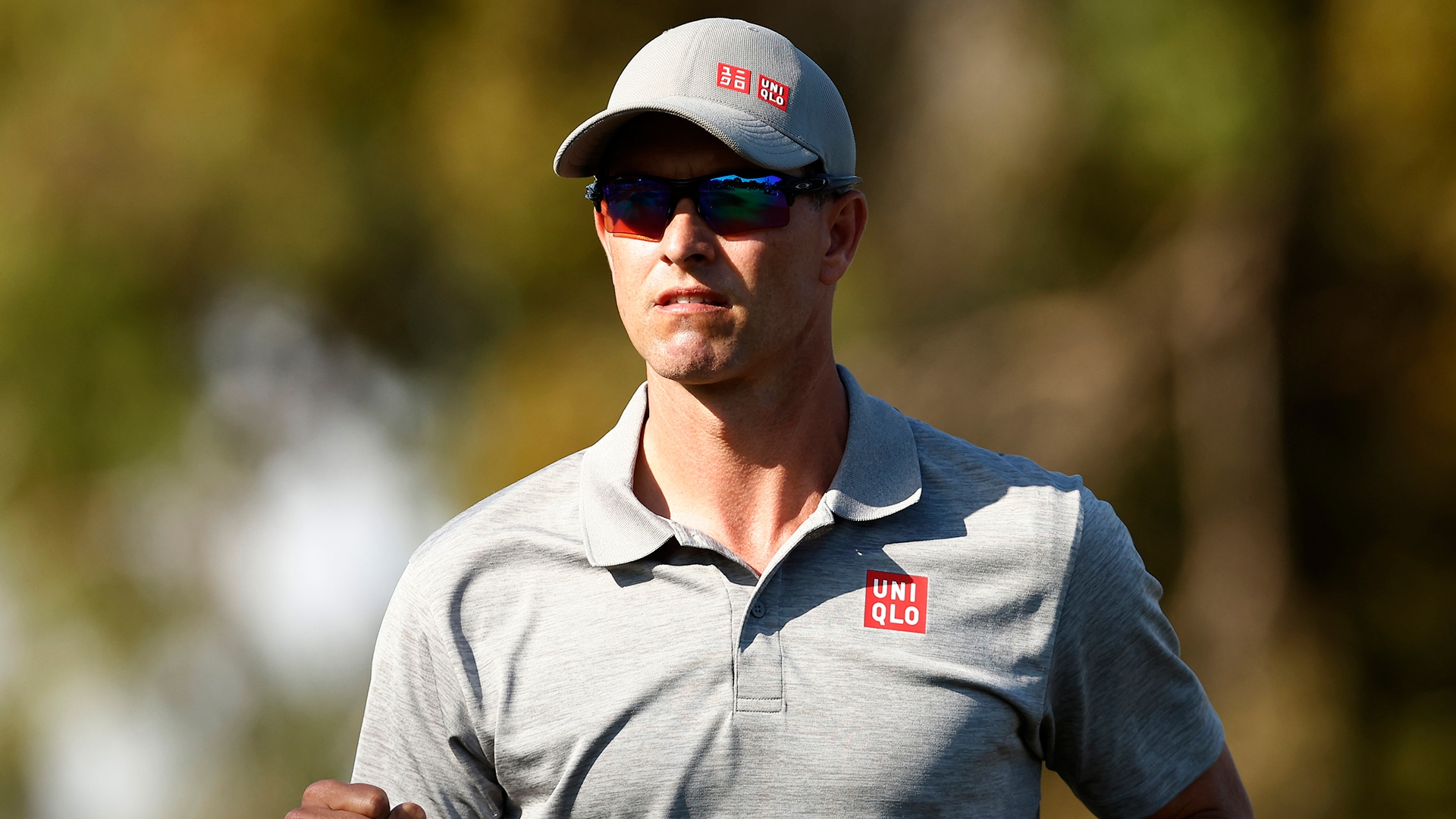 MELBOURNE, Australia — Adam Scott and Jiyai Shin led the men’s and women’s Australian Opens after three rounds at Victoria Golf Club. There is plenty of nearby company to challenge them for the first national golf championship to hold a concurrent tournament off alternate tees.

Poland’s Adrian Meronk hopes his upward trend continues after he set himself for a shot at the men’s title. He shot a course record-equaling 7-under 63 in the third round to trail Scott, who had an eagle on the 18th for a 54-hole total of 11-under 201, by one stroke.

Scott didn’t make his first birdie until the 12th but had 31 on the back nine for a 67.

“I got familiar with the course so I’m going to enjoy tomorrow,,” Meronk said. “I just found something yesterday and I just kept going today and I hope tomorrow will be the same.”

Australians Min Woo Lee (65) and Haydn Barron (68) are tied for third at 7-under. There are 10 players within six shots of Scott.

Meronk is ending a strong year in which he won the Irish Open, the first Polish player to win on the European tour.

It was the third consecutive round that players equaled Victoria Golf Club’s course record after David Micheluzzi and Scott posted 7-under on the first and second days of the tournament.

“If someone starts hot and gets running, then I’m going to make sure I’m running with them,” Scott said. “I’m not thinking that old man par is going to be just winning me the tournament tomorrow.”

Australian Hannah Green was overtaken in the third round by South Korea’s Shin and South Africa’s Ashleigh Buhai, the Women’s British Open champion.

British Open champion Cameron Smith shot a third-round 1-under 69, but failed to finish in the top 30 to earn the right to play for the title in Sunday’s final round. There was a third-round cut to reduce the field from 60 for the final round in both the men’s and women’s events.

Smith, who won last week’s Australian PGA at Royal Queensland, didn’t expect to make the halfway cut and he was enjoying drinks with friends when he found out late on Friday that he had sneaked into Saturday’s field.

“I was pretty quick to the pub (after the early-morning second round) and, yeah, was probably a few too many beers deep and then I realized we had an early tee time, so I got back on the waters and was a good boy the rest of the night,” Smith said. “I thought I had it in me today and hit lots of good golf shots, and just couldn’t really capitalize. Just not my week.”

Multiple major winners Karrie Webb and Laura Davies took fans on a nostalgia ride as the tour veterans traded shots to ensure that both made the second cut to be around for Sunday’s final round.