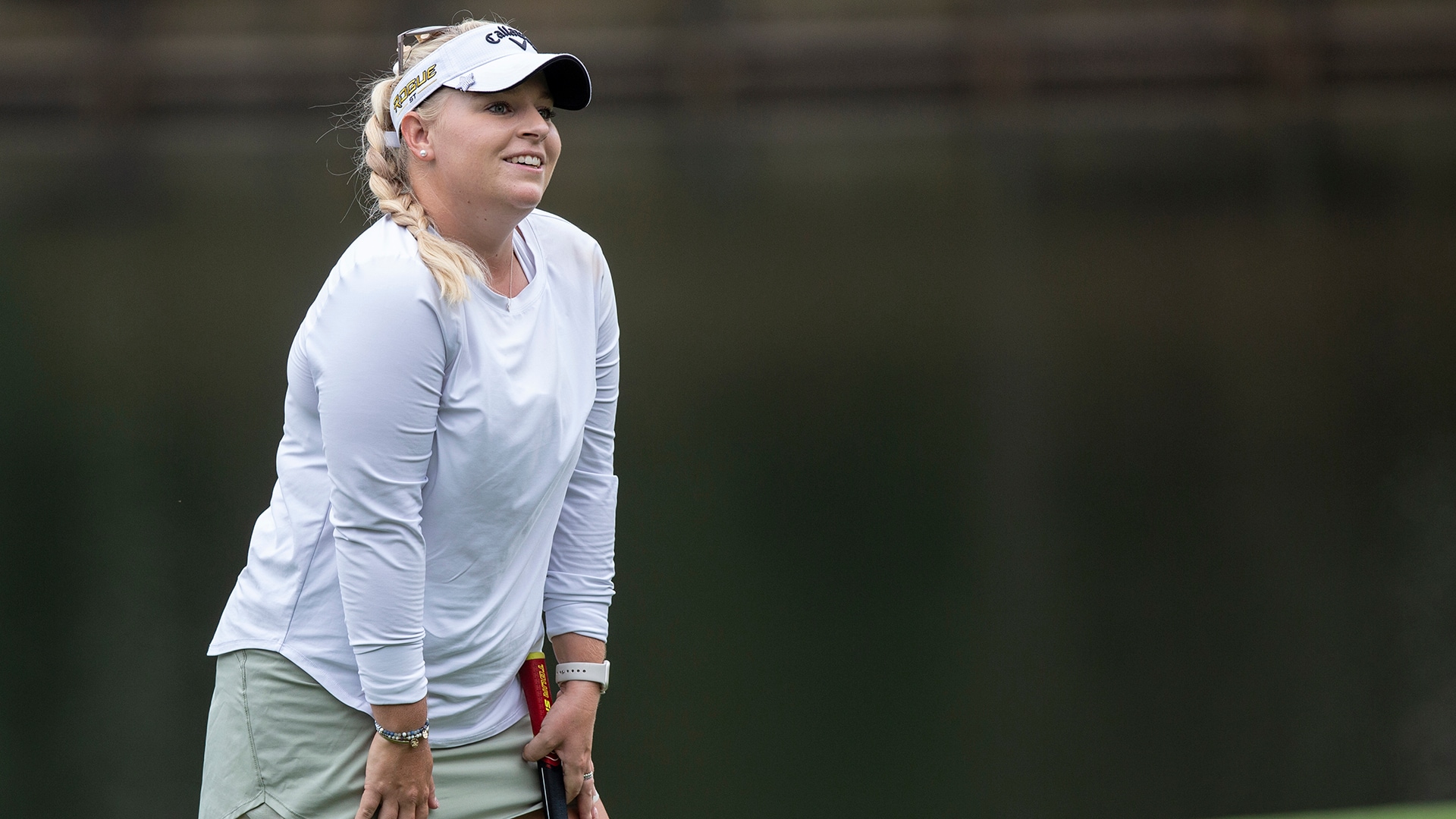 With just a few holes remaining in Sunday’s final round of LPGA Q-Series, Samantha Wagner was in great shape to earn an LPGA card for the first time. At 5 under through 14 holes and 22 under for the eight-round qualifying tournament, she stood several shots clear of the top-20 cutoff that would come with the best LPGA status available this week.

As her LPGA dreams started to come into focus, Wagner fought to hold back tears until she was safely in the clubhouse.

“I really didn’t want to get ahead of myself,” she said.

Wagner knows that strange things can happen at these types of pressure-packed events. She knows because she’s experienced it.

On Sunday in Dothan, Alabama, Wagner, in her fifth year as a pro, punched her ticket to the LPGA with a T-6 finish, a closing birdie capping her final-round, 6-under 66.

A year earlier, she received only a punch to the gut.

Wagner turned professional in June 2017, a year of eligibility remaining at the University of Florida, and played the past four seasons on the Epson Tour, though she never finished better than 17th on the money list. Last winter, she advanced to Q-Series, only to miss out on making the 72-hole cut by a single shot.

The difference that week? A one-shot penalty on the sixth hole of Wagner’s first round.

As Wagner described the gaffe earlier this year, she had her hands full with her yardage book and a tee to fix her ball mark when she picked her ball up without marking it.

“I literally had gotten 6 inches off the ground with it, and I was like, ‘Ah, shoot,’” Wagner said. “I put it back down, marked it, no one had seen it. I knew right away it was wrong. … We called a rules official just to confirm that it was a penalty. It kind of threw me. It was just like, ‘OK, what’s the shot gonna cost me?’”

Wagner added, “You could nitpick 10 different holes out of that [week], but one thing I just had never counted on was like losing my mind for 5 seconds, and that was rough.”

Ultimately, the mistake cost Wagner a shot at an LPGA card. She responded by notching six top-10s this past season on the Epson and earning a return trip to Q-Series.

Her goals, in order: Stay present, don’t rush, avoid the mental errors (and penalties), and finally, become an LPGA member.

“There are definitely a lot of emotions going back into last week,” Wagner said. “I think last week I literally would walk on every green with the ball marker in my hand. I was like, ‘We’re not doing that again.’”

And one LPGA card.

“I’m so excited,” Wagner said. “It’s just been a long journey. That’s what everyone here is working for. For me, I know I can compete there, and I’m really excited to have the chance now.”