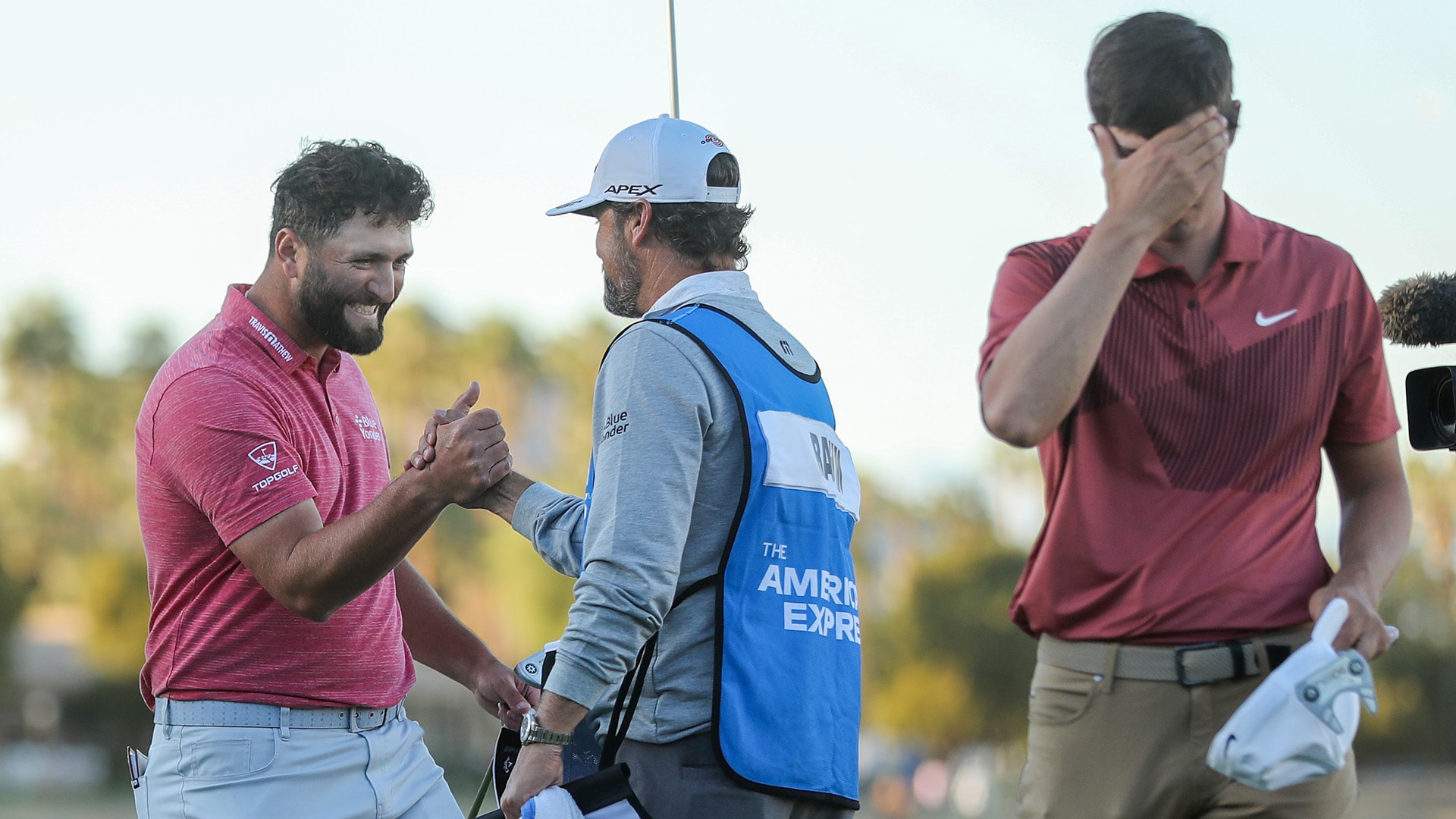 Davis Thompson says he normally leaves the flatstick in on long-distance putts. If anything, he feels like it helps him with his speed.

On Sunday at The American Express, it may have cost him his first PGA Tour victory.

The 23-year-old Thompson, who starred at Georgia and won a Walker Cup less than two years ago, was locked in a battle with superstar Jon Rahm on the back nine at PGA West’s Stadium Course when the Tour rookie safely found the putting surface at the island par-3 17th hole. With 48 feet and change left for birdie, it meant Thompson would leave the stick in for his putt.

He then put a great stroke on the ball, and right before the putt reached the hole, even the announcer prematurely called it.

The ball hit the pin flush with some pace and clanked out to a few inches from the cup. Thompson had to then tap in for par, remained one shot off the lead, and after missing the green and failing to get up and down at the par-4 closing hole, Thompson ended up a shot back of the victorious Rahm.

“I’ll probably play the what-if game in my head for a long time, unfortunately,” Thompson said afterward. “I had a great read. I probably hit it too firm. If it had great speed, it would have just hit the flag and dropped. But we’ll never know. I’m proud of myself for this week.”

Rahm was impressed by Thompson’s demeanor, though chalked up his shortcoming not to the flagstick denial at No. 17, but rather to yanked drives at Nos. 5 and 16, which led to a bogey and par-5 par, respectively.

“First time in this situation, teeing off with the lead on Sunday in a PGA Tour event, I think he did a great job,” Rahm said of Thompson. “He played good golf. It was just, I would say, two bad swings at the wrong time. And that was 5 and 16. One could say it was two holes where he was maybe trying to hit it a little bit hard, trying to get some extra distance. One cost him at least one shot and the one on 16 cost him half a shot. And that was the difference at the end.”

Thompson has now made six of seven cuts this season while notching a trio of top-12 finishes. And though he came up excruciatingly short Sunday, Thompson leaves Palm Springs with confidence in his pocket.

“I had a great week,” he said. “Competing against the best in the world is my dream, and I did that today and proved that I can hang with ’em. It was a lot of fun.”