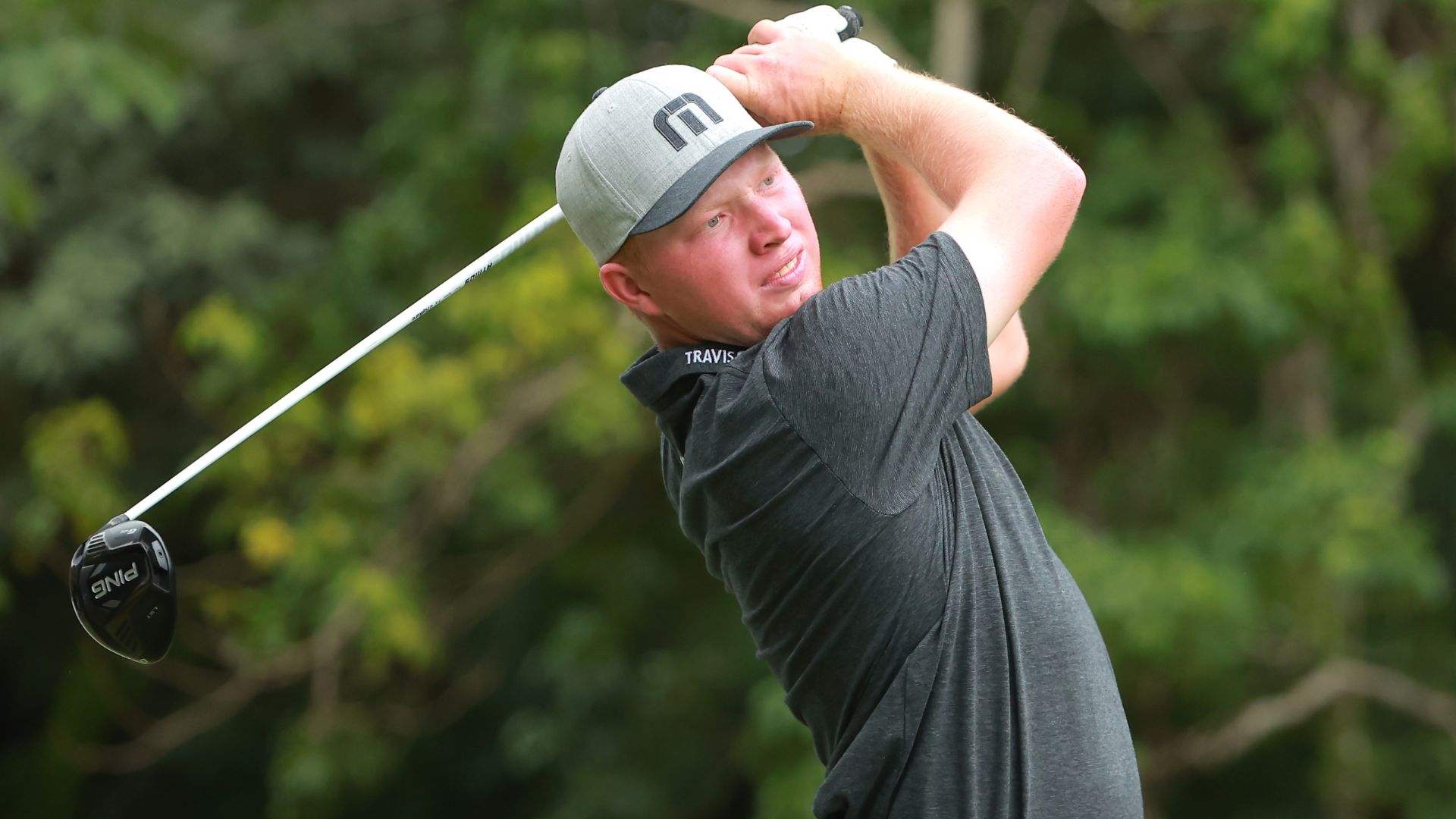 Winston Churchill once said, “failure is not fatal: it is the courage to continue that counts.”

University of Texas star Travis Vick was scheduled to make his non-major PGA Tour debut this week in his hometown at the Houston Open. But several weeks ago, Vick, 22, was given an exemption into the World Wide Technology Championship at Mayakoba — last week’s Tour stop.

Vick shot 80-75 to miss the cut. However, a week later, it’s been a different story. Vick corrected some of his mistakes and opened with a 2-under 68 in Houston and sits three shots off the Day 1 lead.

“I lost all my golf balls in the mangroves last week, so it’s kind of hard to play golf when you run out of golf balls,” Vick said. “This week, I’ve been struggling with my swing a little bit and my swing coach came down and he’s actually on the bag. So we’ve really grinded the past few days and tried to figure out and diagnose some tendencies that have lingered in tournament competition.

“There’s a difference between hitting it well on the range and going out in competition with different sightlines, so I’ve had to make adjustments and figure out what’s really going on and I think we’re moving in the right direction.”

Vick, the low amateur at the 2022 U.S. Open, made tweaks mid-round to give himself a chance at being the first amateur to win a Tour event since Phil Mickelson’s at the 1991 Tucson Open.

It would be an all-time story for Vick to win, or even just contend at the event in which he grew up attending. It was this event where Vick got his first-ever autograph. When Vick was 5, Stewart Cink was walking off the ninth green and threw Vick a golf ball.

Cink is in the field this week and Vick ran into him, however, Vick didn’t want “to bother him” by telling him that story. Another opportunity, however, might present itself in the near future.

Vick plans to finish his senior year at Texas, but he’s “on the edge” of his seat waiting to play on Tour full-time. He hopes to secure a few Korn Ferry Tour starts next year and “slowly try to make my way out here.”

And when that time comes, there are going to be plenty of failures to complement his success, just like any Tour player. But the experiences from these past two weeks are what Vick needs to be set up for success.

“This is my second PGA Tour event and I played the U.S. Open, so I kind of had an idea of what the pros do and what it takes to get out here,” he said. “Your game has to be sharp, you’ve got to play well. These are the best guys in the world, best players in the world, so it’s good to kind of put your game to the test in front of them so that way you really know what you need to work on.”