↓ Skip to Main Content
Home › Blog › After record year, LPGA quietly setting a standard for women’s sports on its own

After record year, LPGA quietly setting a standard for women’s sports on its own 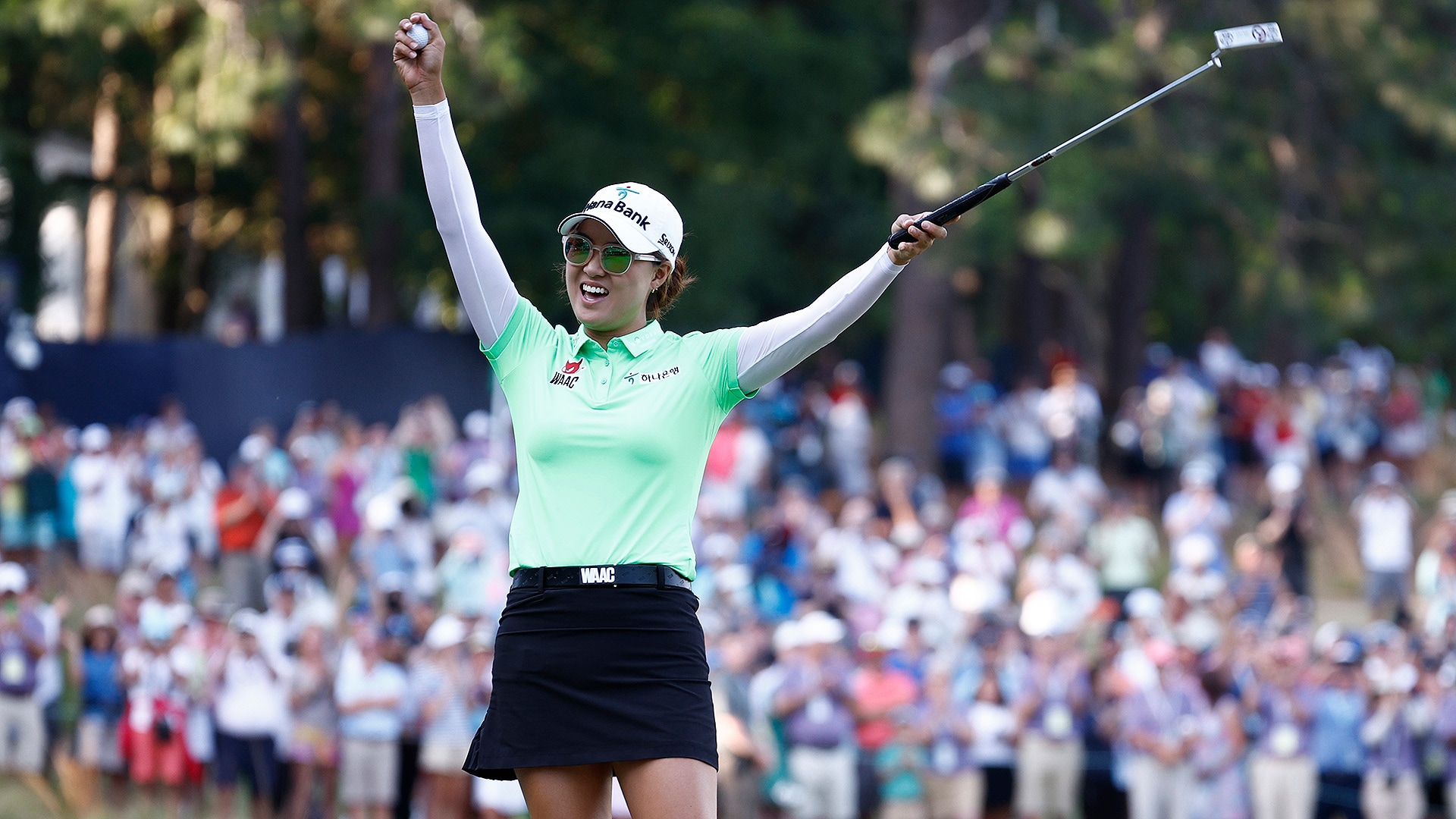 
All anyone seems to talk about is money in this disruptive year of golf, and the LPGA Tour should not be left out of the conversation.

Only this is cause for celebration, not division.

The talent pool is as deep as it has been in years. A season that concludes this week at the CME Group Tour Championship already has produced 26 winners in 31 tournaments, 11 of whom won for the first time on the LPGA Tour. Winners came from 14 countries. Americans led the way for the second straight year with eight titles.

But this week is all about money, and for good reason.

The winner from the 60-player field at Tiburon Golf Club in Naples, Florida, gets $2 million, the richest prize ever in women’s golf.

That’s more than the total prize fund of 15 tournaments on the LPGA Tour schedule, and it’s nearly 10 times as much as the highest base salary in the WNBA.

At least six players are assured of going over $2 million for the year, which is twice as many as the previous record set in 2019 and 2014. Hye-Jin Choi, an LPGA rookie from South Korea, already has topped $2 million without winning a tournament.

The LPGA has never had more than 17 players make more than $1 million in one season, a record established in 2017. This year, at least 24 players will make seven figures.

All the more remarkable is that it comes two years after the LPGA Tour made it through the COVID-19 pandemic — a credit to former Commissioner Mike Whan for building up the reserves — and has come out stronger than ever.

Commissioner Mollie Marcoux Samaan on Friday will announce a 2023 schedule that will push the total prize money to more than $100 million for the first time.

The increase is incremental — the total purse was a record $93.5 million this year for 32 tournaments — and comes mainly from the biggest events.

But it’s a benchmark number.

“And the fact the LPGA has done it all on its own is even more remarkable,” said Dottie Pepper, who retired from the LPGA Tour with 17 wins and two majors and now works as a CBS golf analyst. Her rookie season was 1988, when the total prize fund for the year was just under $10 million. That’s what the U.S. Women’s Open purse was this year.

Pepper still remembers when the Centel Classic began in 1990 as the first $1 million purse for a regular LPGA Tour event. “Six digits for a payout got your attention,” she said.

And there were leaner times.

“I remember in 1988 we had the Greater Washington Open a week after the U.S. Open, which was in Baltimore,” she said. “On Friday afternoon of the Open, there was a note in the locker room that the money was put in escrow because they were not sure if the tournament was going to happen. They couldn’t say if they would have a purse.”

Nothing ever comes easily for the LPGA, and it’s been that way since the largest and most successful women’s sports league began in 1950. The league has done it alone, without any outside help from the men’s league.

The late Mickey Wright, who carried women’s golf with a game considered the greatest in LPGA history, once spoke about players effectively running the entire tour, from setting up the courses to administering the rules.

One of the founders, the late Marilyn Smith, told of going to a boxing match with Shirley Spork in one city, where they were to climb into the ring between rounds and speak to the crowd.

“Well, this one fellow was just pulverizing the other fellow, and I got woozy because of the blood and everything,” Smith said. “Shirley didn’t get woozy. She got right through the ropes and got the microphone and said, ‘Come out and watch the LPGA play in the U.S. Open.’”

The LPGA’s best will be playing for more than just a $2 million check at this week’s CME Group Tour Championship.

The momentum is real and best measured by money. The majors have corporate sponsorship that added nearly $15 million to the pot this year.

Cognizant got involved in golf as a sponsor at the President Cup and for women’s golf, taking over the Founders Cup and doubling the purse to $3 million. CME has been at the forefront of raising purses as the title sponsor for the season-ending Tour Championship and this year raised the purse to $7 million. Last place gets $40,000.

No one has cashed in like Minjee Lee of Australia, who won the U.S. Women’s Open and the Cognizant Founders Cup. Her $3,759,835 is already an LPGA record, with $2 million up for grabs this week.

Lee also won the Aon Risk-Reward Challenge, a bonus program for how players fare on par 5s during the season, worth an additional $1 million.

Still to be determined is whether Saudi-funded LIV Golf makes a play. Greg Norman has said the LPGA was on the “forefront of my mind.” Marcoux Samaan said her main concern was promoting women’s golf and there would be a lot of factors to consider.

For now, as always, the LPGA is doing just fine on its own.