After standout year, Allisen Corpuz shares insight into life as an LPGA rookie 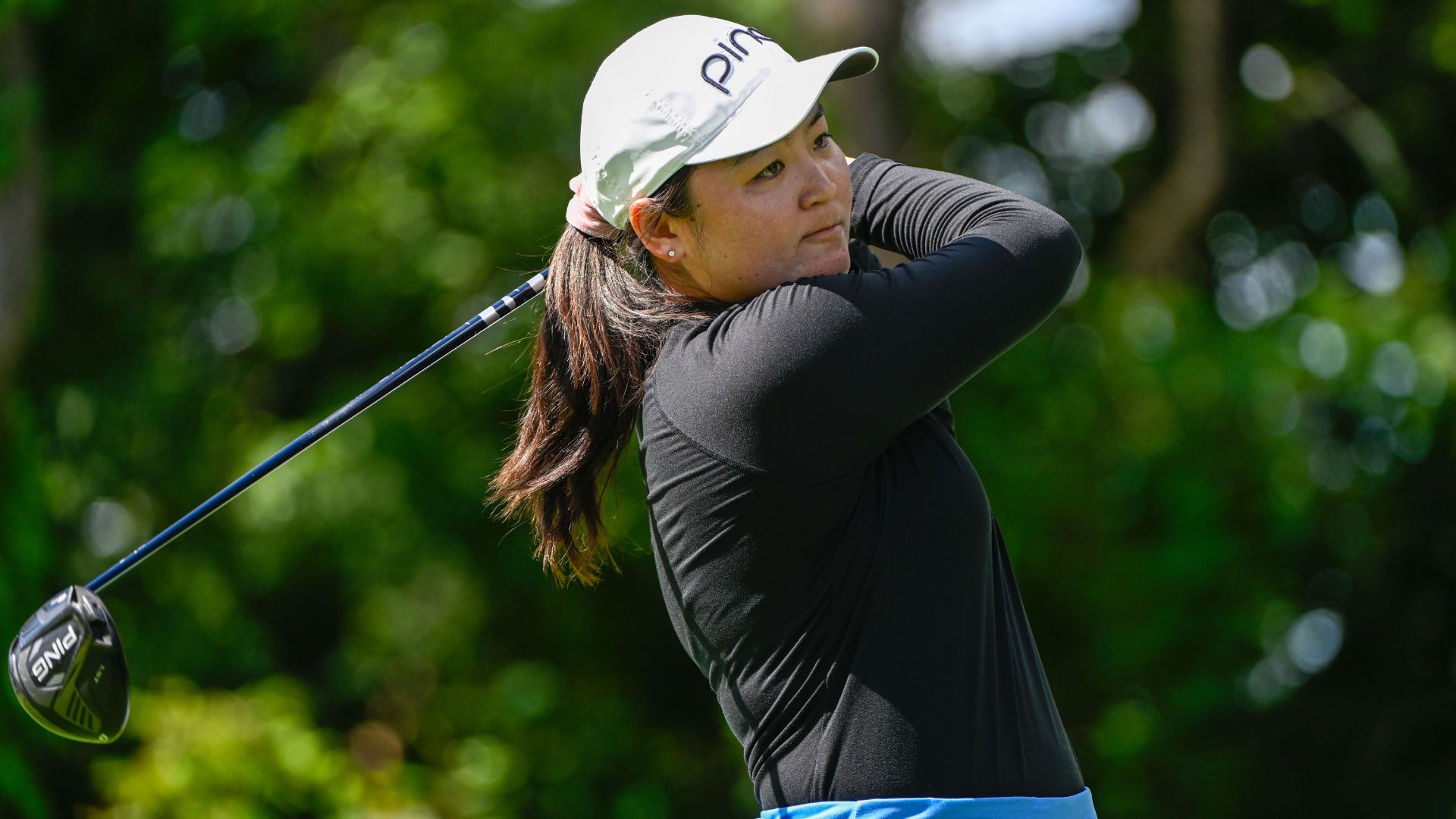 It’s hard to be a rookie on the LPGA Tour. Ask any veteran player and they will share similar experiences about the adjustment from amateur golf to the pros — playing weeks on end, being unfamiliar with the golf courses, finding the right schedule, missing cuts, and establishing a good support system are all things rookies need to become accustomed to.

This necessary adaptability makes that more impressive when rookies play exceptionally in their first year on tour. Rookie of the Year Atthaya Thitikul had two wins — the JTBC Classic in March and the Walmart NW Arkansas Championship in April — and became only the second player among Lydia Ko to reach world No. 1 before the age of 19. In 2021, Rookie of the Year Patty Tavatanakit became a major champion.

That said, many other rookies have impressive first years, despite not claiming that Rookie of the Year title.

In 2022, that rookie was Allisen Corpuz.

The 24-year-old ranked fourth this year in the Louise Suggs Rolex Rookie of the Year standings and was the No. 1-ranked rookie among the Americans. Her success was no surprise to anyone that followed Corpuz. Here are just a few of her impressive accolades from the University of Southern California grad.

On top of her amateur golf success, Corpuz also has multiple degrees. She earned her undergraduate in Business Administration, her Masters in Global Supply Chain Management and two graduate certificates in Business Analytics and Sustainability and Business.

Reflecting on her first year on tour, Corpuz shares critical insight into the life of an LPGA rookie.

In her first event of the year, the LPGA Drive on Championship, Corpuz finished T-30.

“I was nervous the whole week,” Corpuz said. “I was paired with Inbee [Park] the last day and I remember when they were announcing her as a multi-major winner and me as a rookie. It was really cool meeting girls on tour and seeing my game compared to them. They have a tough up-and-down and make it look so easy.”

Despite feeling intimidated, Corpuz believed, “I’m good enough to be out here.”

And she proved it. Corpuz finished inside the top 30 14 times out of the 17 events in which she made the cut — including three top-10s. Among those top-10s, she had a chance to win twice — the ISPS Handa World Invitational, where she finished second at 16 under, and the Pelican Women’s Championship, where she finished third at 11 under.

A logistical challenge on tour is finding a caddie with whom you click.

“Often times you either get someone with a great personality or golf knowledge and it’s really hard to find both,” Corpuz said. “I got really lucky. I was just looking for someone for the Drive On because I wasn’t in that field until the Thursday before. I texted a caddie at Q-School if he was available and he wasn’t and he connected me to Jay Monahan.”

Jay is Jennifer Kupcho’s husband and Corpuz has known him since their college days.

“We worked well together,” Corpuz said. “Me and Jay have similar personalities. He’s very easygoing and tried to play golf professionally so he has a lot of golf knowledge and helps me with clubbing and reading putts.”

Physical exhaustion is common for every player on tour — male and female — but Corpuz did not realize how mentally fatigued she would be.

“There was a lot more mental exhaustion than I expected. College events are only three days and we also have only one practice round” said Corpuz, noting the LPGA has three days for practice rounds, Monday-Wednesday.

During the weeks on the road, Corpuz had to manage the dilemma between preparation and rest.

“There is this lingering pressure that I know I need to prepare more. That was something that I talked with my mental coach about. Finding a good balance of resting and needing to play” she said, referring to Bill Nelson, who was the former mental coach at USC.

“The longest stretch that I played was five weeks. I was home for a week after that, but it felt like three days before I went back out and I was so exhausted. The more you play the more you get used to it.”

It’s common that big names on tour who are fresh out of college don’t play as well their first year as people project. Corpuz can only speak from her own experience as a rookie, but credits the consistency of her golf game.

“For me, a big factor has been my swing coach,” Corpuz said. Her swing coach is Craig Chapman, who’s based out of Palm Springs. “I’ve been working for him since high school so nothing really has changed much. Having that consistency has really helped me a lot. When I go see him he’s always hyping me up. ‘You’re as good as anyone out there,’ he’ll say. ‘Just work on these things.’”

“It’s easy to get worked up on how good people are out there. I went through a stretch of missed cuts and golf became really hard. Staying mentally strong is key. On tour, the courses are harder than in college, so if you have any weaknesses you can’t get away with it on tour.”

Corpuz quickly learned the benefits of having a strong support system on tour, especially during her rookie year.

“My mom traveled with me my whole rookie year. She was such a game changer as I was learning the ropes,” Corpuz said. “I’m really lucky my mom is the perfect level of involvement. She gives me space but helps me out with anything I need.”

Corpuz also had a group of rookies called a “rookie pod.” Organized by the LPGA, a veteran player and LPGA staff member volunteer to coordinate social activities and be a mentor for four to five rookies. “I had a really good rookie pod. Emma Talley was our leader and Sarah Kellam was our staff member,” she said. The other rookies included Haylee Harford, Lauren Hartlage, Brooke Mathews and Gina Kim — all whom Corpuz knew well.

“Emma did a really good job at organizing dinners,“ she said. ”We had four or five dinners throughout the year. It’s really special to be around other rookies because they are going through the same things as you are. You can always reach out to someone.”

Corpuz also has a long-time boyfriend, Daniel, who is a Marine. “Him and his family are just the best. He’s really supportive. No matter what happens on the golf course he always has my back. He came to the weekends to watch the Cali events and he watched me at the U.S. Open. Both him and his family are phenomenal and I’m so lucky to have them.”

Two of Corpuz’s goals for the year were to be inside the top 50 (she finished 48th) and be in contention a few times — both of which she accomplished. “I’ll look at which parts of game need work and try to not put too much pressure on myself next year,” she said.

That said, there’s a special USA team event that churns in the back of her mind for next season.