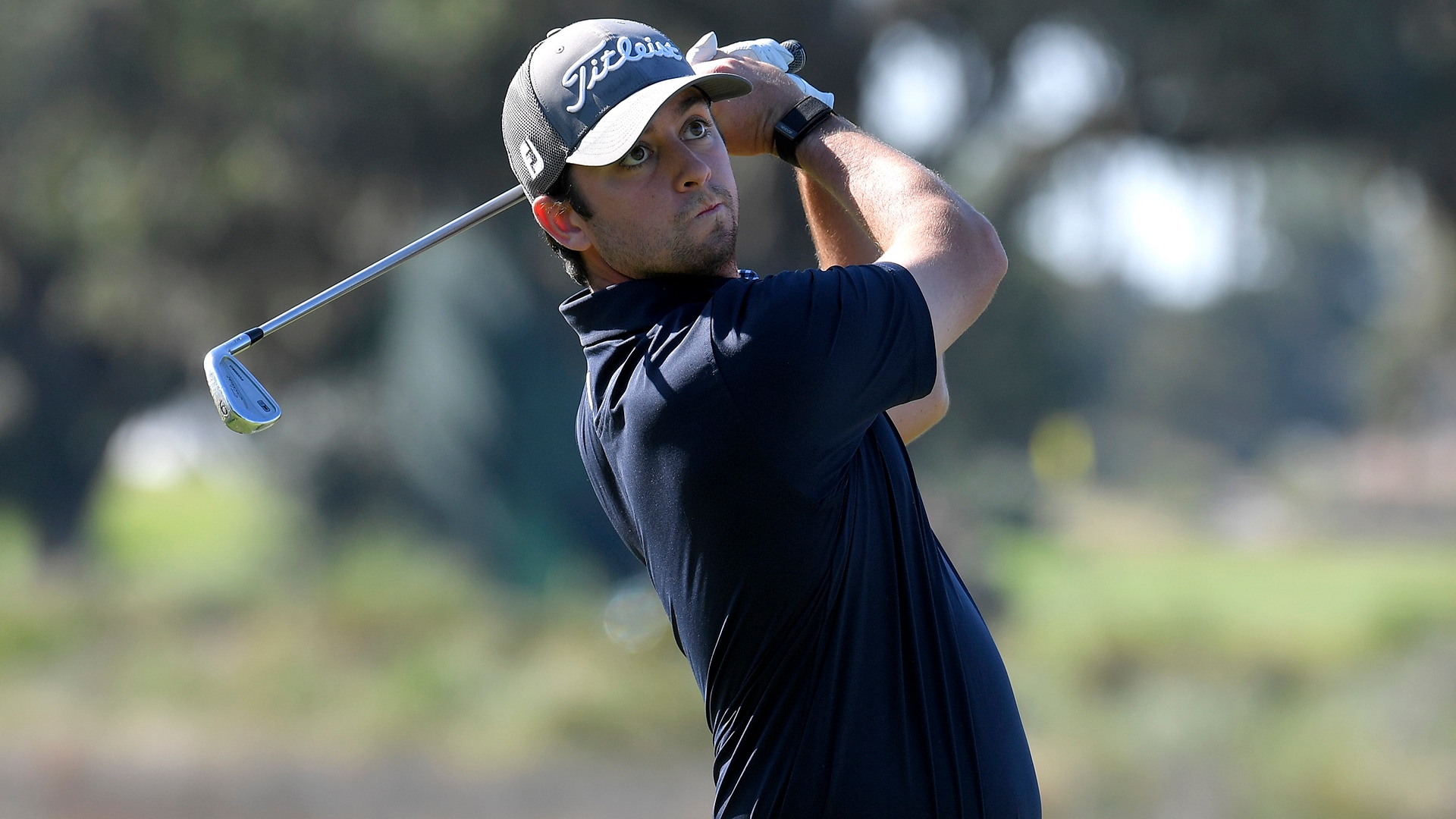 He’d already undergone a thermal screening at the TPC Sawgrass entrance and filled out an online questionnaire that detailed his whereabouts over the past 24 hours. And he’d already registered in front of the clubhouse, signing in through an iPad and then receiving a few welcome gifts: antiseptic wipes, non-surgical masks and hand sanitizer.

Now he was ready to return, officially. Taylor thumbed through his phone and pulled up his coronavirus test results. As of midnight, his patient details read NEGATIVE. So proud was Taylor that he posted a screenshot on his Instagram page, with the caption “Let’s goooooo” and a tears-of-joy emoji. A Tour official gave him an orange lanyard that granted him access to the clubhouse and grab-and-go player dining area, in addition, most importantly, to the tournament grounds.

Taylor would wear it proudly. He was in.

Tuesday had a back-to-work vibe for the players here at the $600,000 Korn Ferry Challenge, the first event on the developmental tour in 15 weeks. It’s one of five new tournaments added to the 2020 schedule in the wake of the coronavirus pandemic that shut down high-level golf for three months, forced some to seek temporary employment to pay the bills and delayed for a year their promotion to the PGA Tour.

The last tournament held here was the Tour’s flagship event, The Players Championship, on March 12. We all know what happened then. The next day, a solemn Jay Monahan announced the tours were going on hiatus for the foreseeable future. So eager were the players to get back to work that the TPC Sawgrass range was packed by 9 a.m. Socially distanced in their stalls, players worked their way through their bags, often communicating with only their caddies positioned behind them. Per the COVID-era regulations, only one member of a player’s entourage was allowed on-site, but let’s be serious – these dreamers aren’t yet famous enough for a team. The only other onlookers present were tournament volunteers and equipment reps. Even they felt out of place.

“I’m not even sure what I’m allowed to do,” said one rep as he made his way to the first tee. “I’m sure I’m going to get a tap on the shoulder here in a little bit.”

The PGA Tour is 1,000 miles away, at Colonial Country Club in Fort Worth, Texas, but here, on the Tour’s leading developmental circuit, we might as well have been a world removed. For this week’s event on the Dye’s Valley Course, there are no TV towers, because this event is not being televised. There are no spectator ropes, because there are no spectators allowed. The only signal this is not merely the weekly game at TPC Sawgrass is the signage behind each tee:

Ah, about that last point. Players are bound for the PGA Tour … eventually, but not in 2020, not unless they win three times this season to earn an instant promotion. So, they’re settling in for the long haul, prepared for a season-plus in Farmington, Utah, and Springfield, Missouri, and Omaha, Nebraska. That’s a bummer, especially for the no-doubt-about-it guys, but this week they’re relieved just to play tournament golf again.

The Tour’s initial return plan was 37 pages, full of the tiniest bits of minutiae and strongly worded recommendations. But to watch the practice round unfold here, there wasn’t any seismic change in behavior, other than the awkward fist and elbow bumps.

Despite the ubiquitous hand-sanitizing stations, this reporter didn’t notice a single player or caddie dousing their hands after playing a hole. A few caddies removed the flagstick but either forgot, or ignored, the request to wipe it down afterward. Some players putted with the flag in, reaching into the cup to retrieve the ball but being careful to avoid touching the stick, as if they’d get electrocuted. Most players grabbed their own clubs from the bag and then handed them back to their caddie, as they normally would. That, too, is supposedly a no-no in this new era.

This reporter didn’t see any player wearing a mask on-site – perhaps because the heat index was 95 degrees, but most likely because it’s easy to socially distance when spread out over hundreds of acres.

The takeaway from Tuesday?

“It’s pretty normal once you get here,” said Davis Riley.

“Everything felt the same,” Will Zalatoris said. “I’m happy to say that.”

Zalatoris was already back at his hotel, unwinding from a long day. He went to the Mayo Clinic at 7:30 a.m. to get tested. “The nasal swab, it’s like you’ve got to sneeze really bad and the pressure keeps building, your eyes are watering, and they pull it out,” he said. Zalatoris was able to practice Tuesday but couldn’t use any of the facilities. He’s due to receive his results anytime in the next 24 hours.

“I’ve not changed my routine whatsoever for the past four months other than getting on the plane,” he said. “So I’m, like, 99.9 percent sure I’m negative.”

If so, the all-access lanyard awaits.