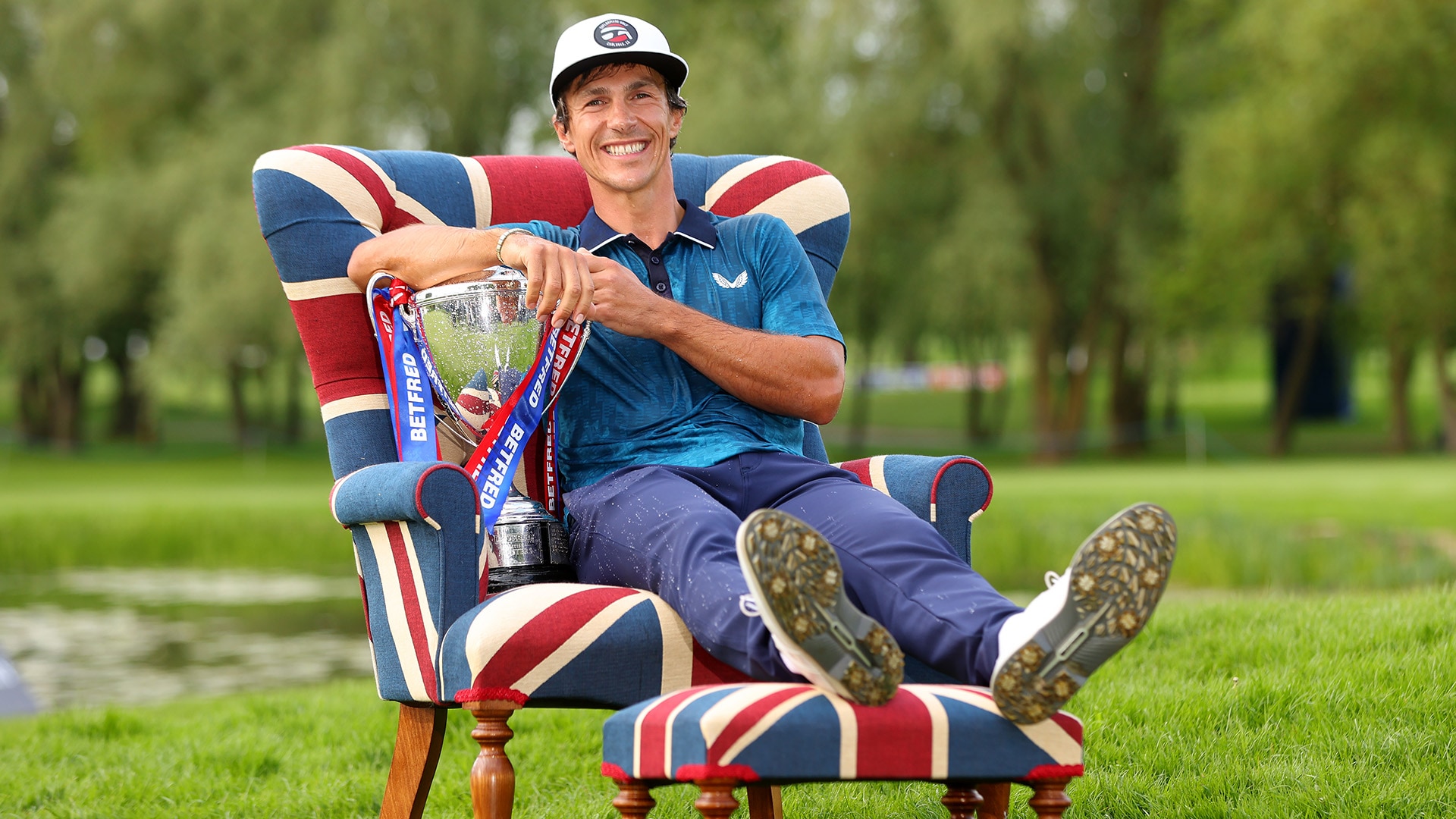 
SUTTON COLDFIELD, England — Thorbjorn Olesen finished eagle-birdie for the second straight day to win the British Masters by one shot in a dramatic fashion Sunday, earning his first DP World Tour title in nearly four years and igniting his career after a damaging court case.

Olesen shot 1-over 73 to finish a stroke ahead of Sweden’s Sebastian Soderberg (68) at the Belfry.

Soderberg ended 9-under 279 overall which had looked enough for the win.

Olesen had taken a three-stroke lead into the final round but struggled Sunday before his brilliant finish, including an eagle on the par-5 17th hole by holing from 28 feet, followed by 35 feet across the green on the last.

On Saturday Olesen tapped in from two feet at No. 17 for a second eagle of the day and holed a birdie putt from 23 feet at the last.

The Danish golfer’s previous win was at the Italian Open in June 2018. He was suspended by the European tour the following year after being accused of sexually assaulting a woman and being intoxicated on a flight following a World Golf Championships event in Tennessee.

Olesen was acquitted by a court in December after saying he had no memory of his behavior because he had been drinking alcohol and taking sleeping tablets. He said the case had a “devastating impact” on his career, having plunged down the ranking from his position at No. 62 at the time of the incidents.

Olesen is ranked No. 376 and had not previously finished higher than a tie for 12th on the European tour this year.