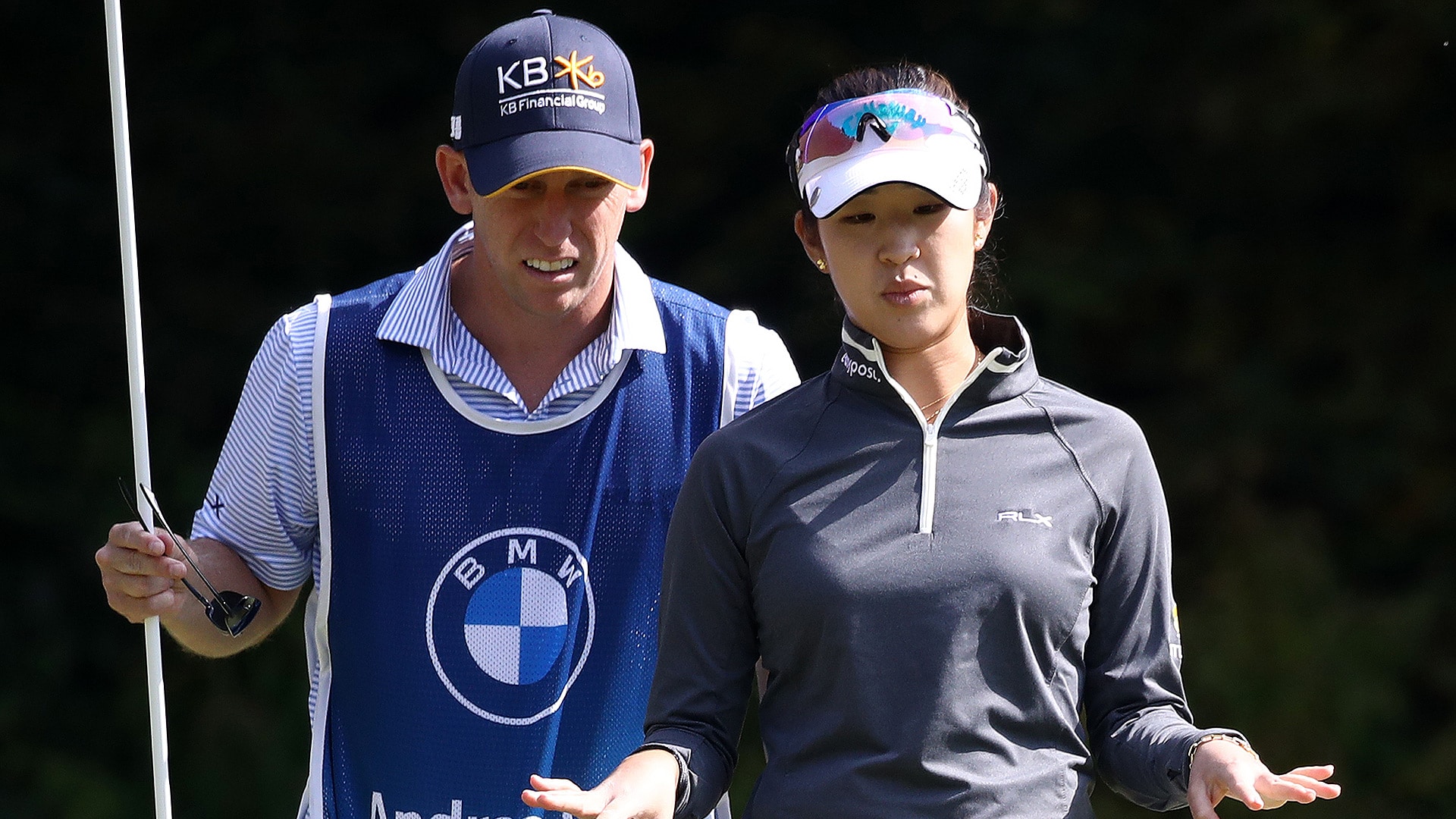 WONJU, South Korea – Andrea Lee shot another bogey-free round of 6-under 66 to take a two-stroke lead of the BMW Ladies Championship on Friday.

Lee had two birdies on the front nine of the second round before wrapping up another impressive day with back-to-back birdies on the last two holes for 12-under 132 overall.

“Another bogey-free round which I’m really pleased with,” the American said. “(I) hit all the greens, all the fairways and just made some putts out there … hopefully I can keep it going this weekend.”

Thitikul, who set a tournament record of 9-under 63 on the opening day, slipped after bogey-double bogey at Nos. 12 and 13. She made sure she remained in contention with a birdie on the 14th and an eagle on the par-5 15th.

“It’s been like a roller coaster back nine,” Thitikul said.

Defending champion Jin Young Ko, who opened the tournament with an 80, shot 7-over 79 in the second round and sits dead last among the field of 78.

The world No. 1 is making her return to competition following two months off to rehab a left wrist injury.