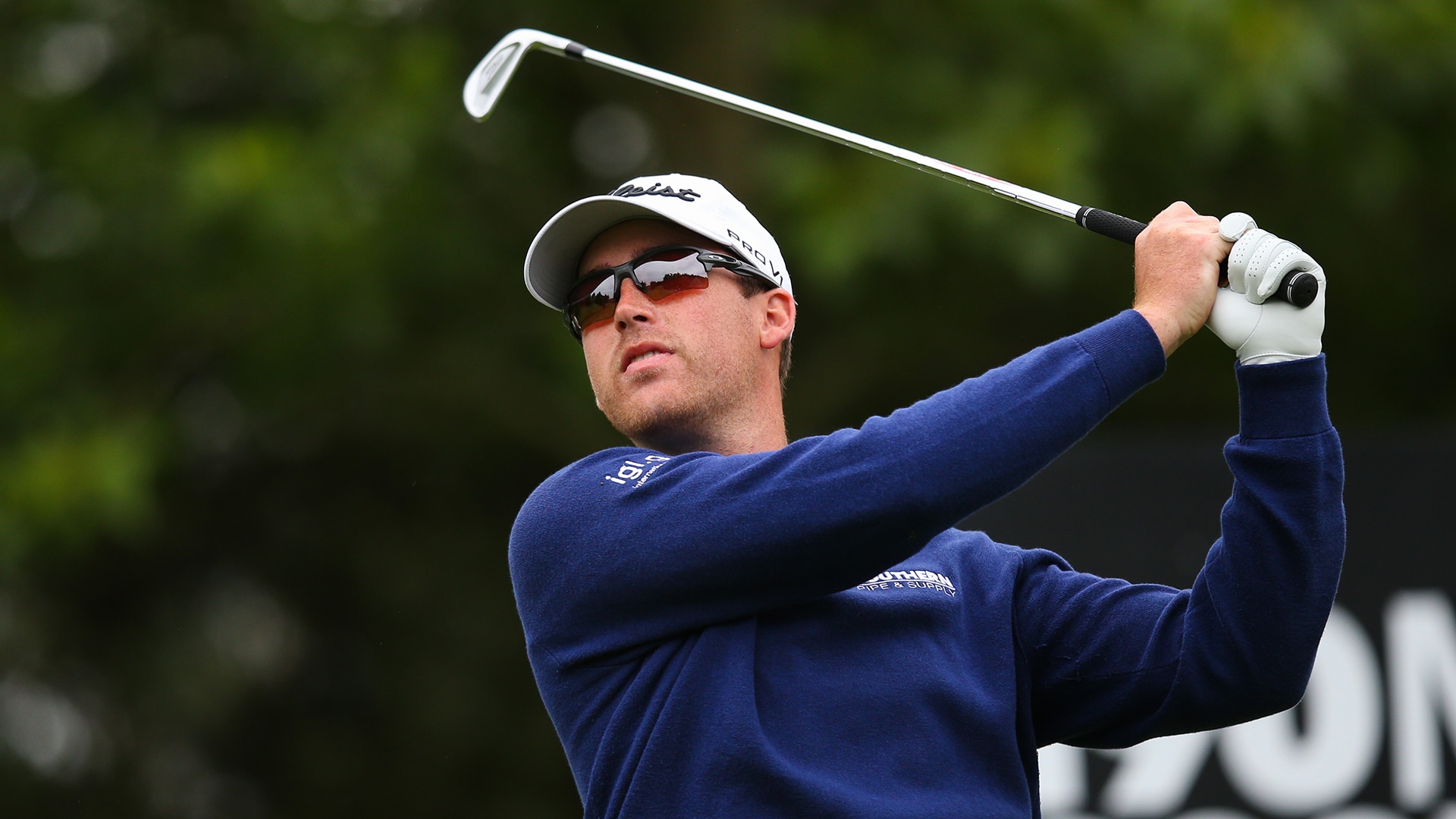 Andy Ogletree closed in 8-under 62 on Sunday in Cairo to win the Asian Tour’s International Series Egypt by four shots over Bernd Wiesberger.

Ogletree’s closing score was tied for the low round of the tournament as Ogletree, the former Georgia Tech All-American and 2019 U.S. Amateur champion, finished the 72-hole event at Madinaty Golf Club at 23 under and only dropped three shots all week.

Wiesberger never got closer than two shots on Sunday, and the next closest finishers, Sihwan Kim and Jeunghun Wang, tied for third at 16 under, seven shots back.

“This is amazing, just incredible,” Ogletree said afterward. “I have always been a huge fan of match play, and that is kind of what it came to in the end; it was basically a two-man race. I just tried to keep matching what [Bernd] was doing, I kept making a lot of putts. Fortunately, I was able to play better than Bernd; he’s a great player, and it was really awesome to come out on top.”

Of course, the victory is significant not just because it marked Ogletree’s first world-ranked title of his professional career but also because Ogletree is currently serving a suspension by the PGA Tour for competing in the inaugural LIV Golf event in London last June.

According to Ogletree, that suspension ends in December, though he doesn’t have any status on a PGA Tour-sanctioned tour when that temporary ban expires anyway. He held conditional status on the Korn Ferry Tour last season after advancing to the final stage of Q-School last November, but he didn’t get into a single event this year.

When he signed on to play the LIV event, Ogletree argues that there were no other tournaments or qualifiers scheduled for that week – even on the GPro Tour, the mini-tour he frequented.

“I needed somewhere to play golf, that’s the bottom line,” Ogletree told Fire Pit Collective earlier this year. “I know everyone has said it’s not about the money, but the money is great for me. I needed somewhere to play, and it provided a great financial situation for me to be able to fund my golf for the next couple of years. For me it was a no-brainer. I had nowhere else to play. That week of London there was no GPro Tour event, no Korn Ferry Tour event, no Monday qualifier. There was nowhere else for me to play.

“I had an opportunity to play in a golf tournament and I took it.”

When he quickly lost his spot with LIV Golf, Ogletree then turned his attention toward the International Series, which was launched with LIV investment. Prior to this week, Ogletree had played four events, missing two cuts and posting a best finish of T-15.

He’s also spent months as the target of online vitriol for playing the LIV event in London, though he told Fire Pit Collective that he’s never understood why.

And now, he can say he’s won a golf tournament.

“It has been an awesome week,” added Ogletree, who climbed to eighth on the International Series’ money list (the top 3 at season’s end – there are two events remaining – earn spots in LIV’s 14-event season next year). “First time in Egypt. I got to experience everything the tourists do, I went to the Pyramids, we stayed at a great hotel and the golf course was spectacular. It has just been a really awesome. My first trip to Egypt is one that I will never forget.”