↓ Skip to Main Content
Home › Blog › Arjun Atwal barely gets in the field, opens with 63 in first round since father’s passing

Arjun Atwal barely gets in the field, opens with 63 in first round since father’s passing 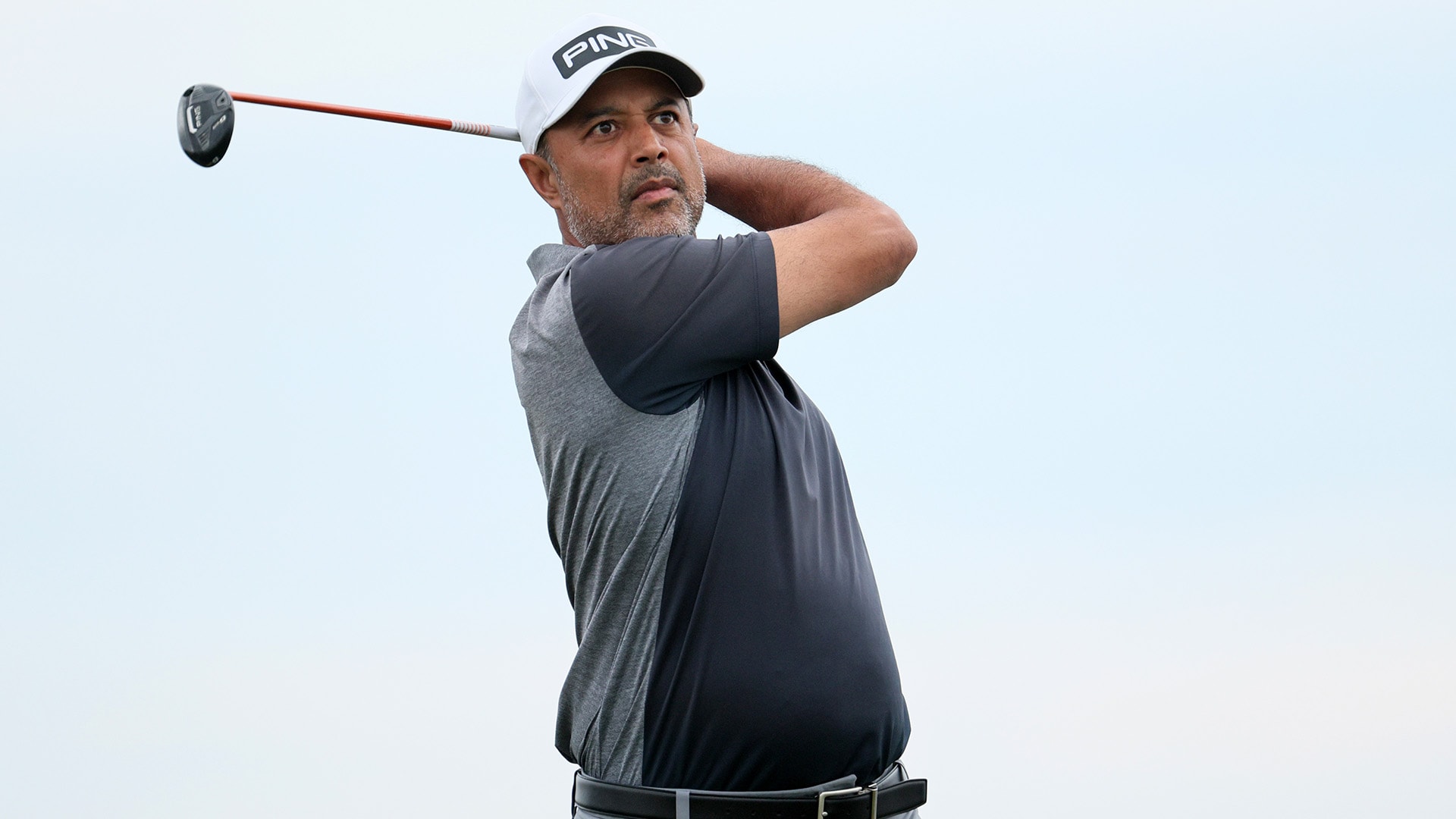 Arjun Atwal’s first-round 8-under 63 at the Bermuda Championship would be impressive regardless of circumstance, but the 49-year-old’s story can hardly be told by a scorecard.

Atwal spent time in his home country of India this summer following the passing of his father, and golf was put on the back burner.

“I’ve never had a loss in my immediate family,” Atwal said after his round. “It’s my first one, so it’s really hard to deal with. And with my parents, they lived in India. My mom still lives in India. Not having seen them for all these years, it was really tough on me.”

Like many others, the COVID pandemic made it difficult for Atwal to travel home and see family.

While mourning the loss of his father, golf was not a priority for the PGA Tour winner.

“Last Friday was the first time I played since my dad passed,” Atwal said. “Before that was Barracuda, I think, or somewhere. That was the last tournament I played and that was it. I hadn’t touched my clubs since.”

So Atwal’s only round of golf the past three months was in a “scotch game” at Isleworth – with a cart – less than a week ago.

As if the loss of his father and three months off didn’t inject enough uncertainty into his first round back on the Tour, Atwal didn’t know whether he would have a tee time when he woke up this morning.

He showed up at the course as the first alternate prior to the earliest tee time hoping for a spot in the field.

Atwal would add six more birdies alongside just one bogey for a round he won’t soon forget.