↓ Skip to Main Content
Home › Blog › As Tiger Woods covered his face in victory, so too did so many others in defeat

As Tiger Woods covered his face in victory, so too did so many others in defeat 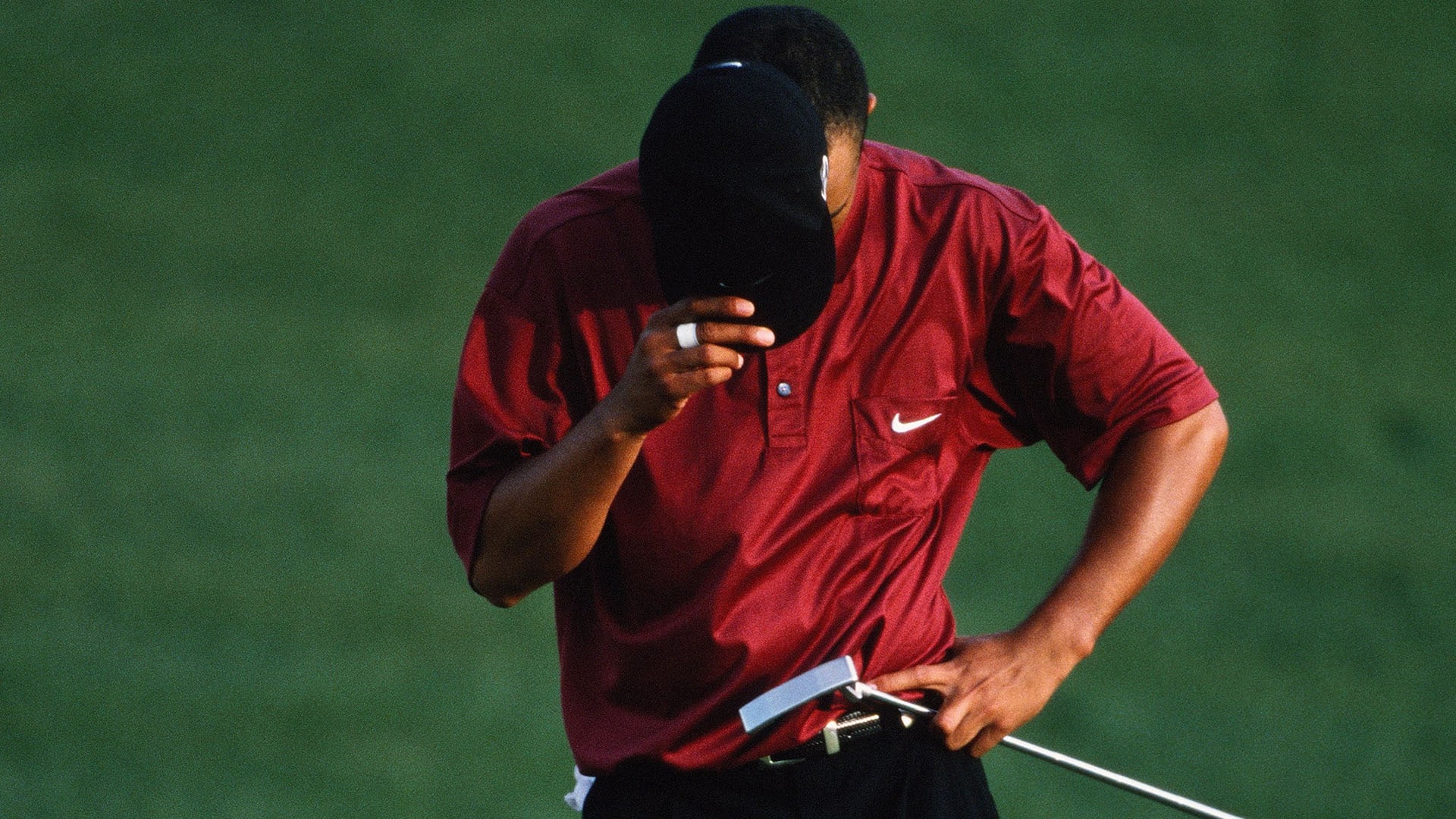 That’s what I remember about being there in the end with all the other members of the media, on that early Sunday evening at Augusta National in 2001, with the shadows growing long after Woods holed that last 18-foot birdie putt to close out his Masters’ victory. He pulled his cap over his face to cover the emotions rushing through him.

He didn’t want us to see, but we won’t forget what couldn’t be hidden in the brilliance of that moment.

We all knew we were seeing the greatest run in the history of golf, but it felt even grander than that, whether you were calling it a Grand Slam or not.

Tiger Woods produced the greatest golf in history during his Tiger Slam run. It was so incredible that it measures up to the greatest accomplishments in sports.

We all knew we were witness to something we might never see again with Woods winning his fourth consecutive professional major championship, the last three of the 2000 season and the first of ‘01.

We wondered if anyone could be more dominant than he was in this run.

Yes, it was just Woods’ sixth major championship, with Jack Nicklaus still towering so formidably with his 18 majors, but the domination Woods was exhibiting made you wonder if anyone was ever better.

This was Ruthian domination, the Celtics in the ‘60s and Secretariat in ’73.

Woods might not have buried David Duval and Phil Mickelson by winning the Masters that day, but he was burying everyone in that era in the larger sense of golf competition. It was his third victory in a row that season, a strong start on the heels of his nine victories in 2000.

He was just 25, but he left Augusta National that day having claimed his 27th title in 98 career PGA Tour starts.

I remember wondering if any run would ever be grander, not whether it was a Grand Slam or a Tiger Slam, because it really didn’t matter what we called winning four majors in a row over two seasons. Images from all of Tiger Woods’ 82 PGA Tour career victories as he is tied with Sam Snead on the all-time wins list.

And I remember what he said just before Vijay Singh slipped the green jacket on Woods in front of the Masters’ patrons at Sunday’s end:

“Tiger, we are honored to have you as our champion, and you are the greatest,” Johnson said.

I also remember wondering about that generation of golfers, about Duval, Mickelson and the rest of that era. It seemed like such a simultaneously wondrous and awful time to be a player, because Woods cast such a suffocating shadow over them all.

Singh would have his run at No. 1 in the Woods’ era, Mickelson would carve five majors from it and Els add to his majors, too. Duval and Padraig Harrington would make their marks, but so much of that generation would be remembered for failing to step up, when maybe they never really had a chance.

Mostly, that’s what I remember at the end of the 2001 Masters, how Woods could make us feel like nobody had a real chance when he was on a leaderboard late on a Sunday.