At event he grew up attending, APGA’s Michael Herrera gets exemption into Farmers Insurance Open 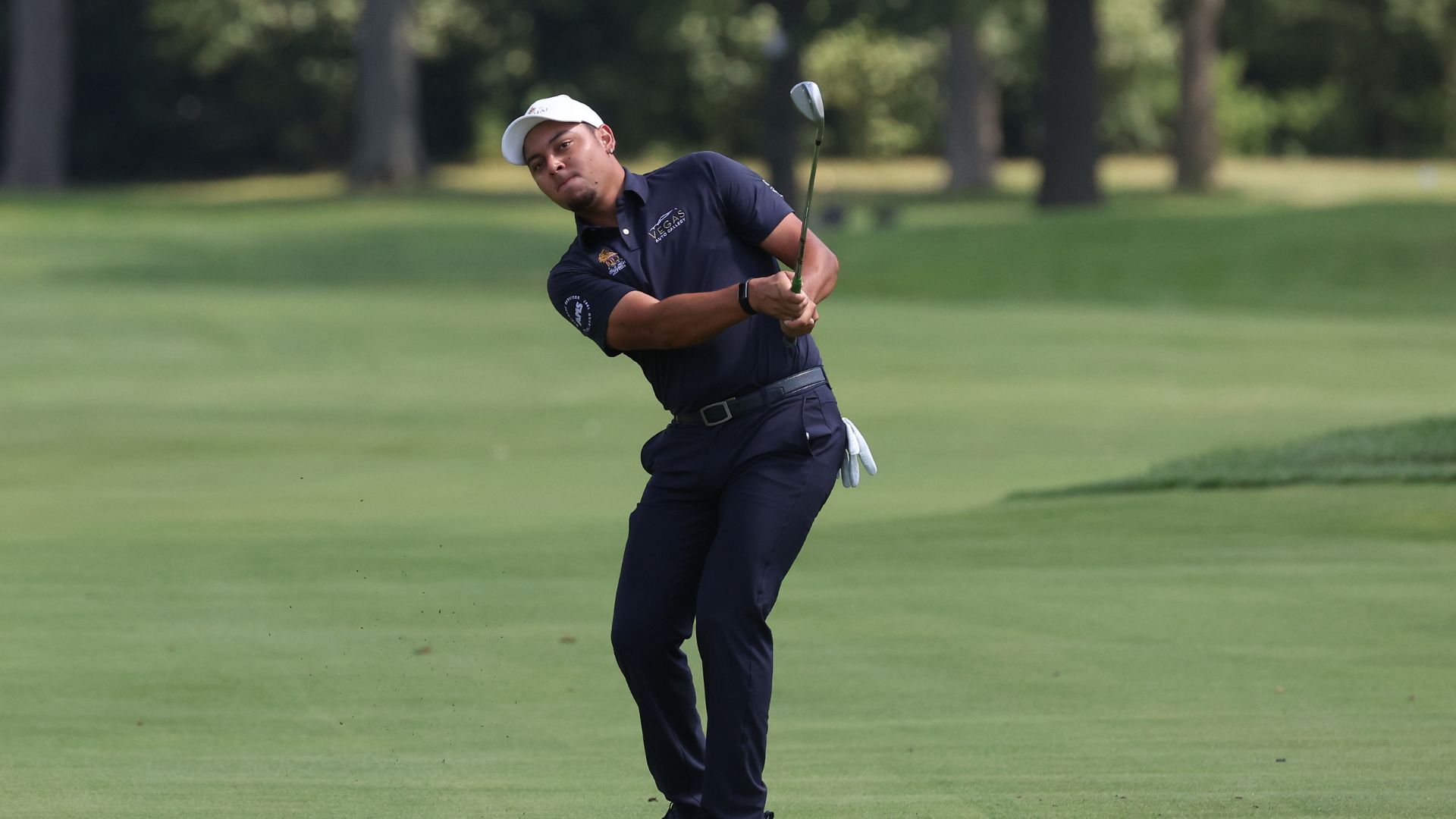 
At the tournament he grew up attending, the APGA Tour’s Michael Herrera will make his PGA Tour debut.

The Moreno Valley, California, native has received a sponsor’s exemption into the 2023 Farmers Insurance Open at Torrey Pines.

“The Farmers team is proud to congratulate Michael on earning this exemption and making his PGA Tour debut at the 2023 Farmers Insurance Open,” said Jeff Dailey, President and CEO of Farmers Insurance. “Our efforts to support the APGA Tour and grow diversity in the game of golf reflect the value Farmers places on advancing diversity, equity and inclusion as an organization, both on and off the course.”

Herrera’s journey to this point has been unorthodox.

As a kid, he’d drive past Cottonwood Golf Center, a nine-hole, 1,226-yard, par-28 municipal course in his hometown and Herrera begged his father to take him there to play.

“He initially told me golf was for rich people,” Herrera told GolfChannel.com in 2021, “but after about 100 times of me asking him, he said, ‘OK, let’s go see how much.’”

“We went out that day and fell in love,” said Herrera, who has won on the APGA Tour in each of the past two seasons.

The APGA Tour continues at World Golf Village on Monday-Tuesday. Here is a spotlight on one of the players in the field, Michael Herrera.

In high school, though, Herrera was a standout basketball player and would end up playing for Riverside City College. However, when his college basketball coach saw his golfing ability, he cut Herrera from the basketball team and told him he needs to pursue golf full-time.

He got his first professional win in 2021 at the APGA’s season-opening event in Carlsbad, California.

Herrera was inspired by Tiger Woods’ 2008 U.S. Open victory at Torrey Pines. Now on those same greens, he will begin his childhood dream of playing on the PGA Tour at his home event.

“Life isn’t always a straight line. The turns that my path has taken, the sacrifice that my parents have made and the hard work that I’ve put in make this incredibly gratifying and humbling. This is an incredible honor and is literally a dream come true,” Herrera told PGATour.com. “I remember attending the Farmers Insurance Open as a fan and it inspired me. It showed me what I wanted for my life.

“I can’t thank Farmers and the team at the Farmers Insurance Open enough for this opportunity. The APGA Tour is changing lives and changing the complexion of golf. Thanks to organizations like Farmers, the players on the APGA Tour have the support and resources to continue to progress and hopefully inspire other young minorities to play golf and chase their own dreams.”

In February, the fourth-ever APGA’s Farmers Insurance Invitational will take place at Torrey Pines. Sunday’s final round will take place on the South Course and will be televised on Golf Channel for the second consecutive year.