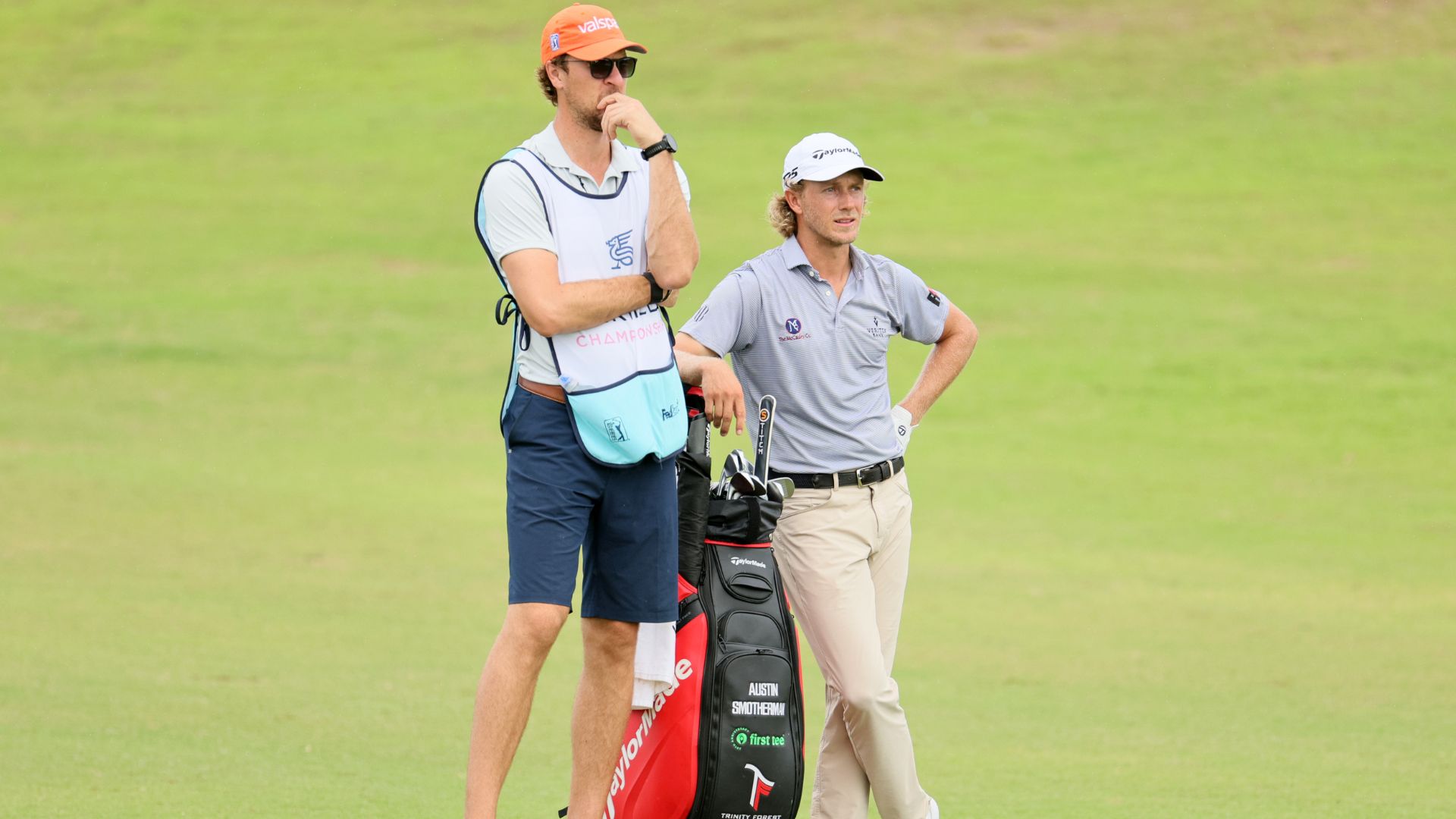 
SOUTHAMPTON, Bermuda — Arjun Atwal went to Bermuda without having competed in the three month since his father died and without the guarantee of a tee time. He walked off Port Royal on Thursday with an 8-under 63 that left him one shot behind in the Butterfield Bermuda Championship.

Atwal had not played golf of any kind since returning from India until last Friday, and he wasn’t sure how his 49-year-old body would hold up over 18 holes. He felt great, and he played even better.

Atwal was one shot behind Austin Smotherman, who had nine birdies and a clean card in calm morning conditions, and Harrison Endycott of Australia, who played his final five holes in 5 under. Each had a 62.

Scoring conditions were so ideal that nearly 75% of the 132-man field broke 70.

No one was more surprised than Atwal, whose lone PGA Tour victory was in the Wyndham Championship in 2010 on a sponsor exemption.

The field is so weak for this tournament — only one player from the top 50 in the world ranking — that Atwal was high enough on the alternate list to fly to the middle of the Atlantic Ocean.

Nicholas Lindheim withdrew with a back injury. Atwal was eating breakfast, had time to hit a few drivers, headed to the first tee and promptly opened with three straight birdies.

“I haven’t played much golf. I lost my father about three months ago in India, so I went over there,” Atwal said. “I just haven’t played golf, and forget walking. I played 18 holes at Isleworth last Friday in a golf cart, and it’s not the same as this place. So I’m really pleased I got through the 18 holes and I’m not worn out as such.”

The Friday game at home in Florida was his only golf since the 3M Open in Minnesota on July 21, when he was disqualified after a 73.

The loss of his father hit hard — the first death in his immediate family — though he said it brought him a better perspective.

“The game’s just a game. I take it for what it is now,” Atwal said. “I have nothing to prove to anybody. I’ve won out here. I’ve won on the European Tour, the Asian Tour, and I’m looking forward to the 50 tour next year after March.”

Atwal had played one round of golf over the past three months prior to his 8-under 63 to open in Bermuda.

Smotherman is just getting started. He finished at No. 137 in the FedEx Cup last year as a rookie, but was able to keep his full card when he moved into the top 125 with all the players defecting to LIV Golf.

He was bracing for big wind, much like he experienced last week in Dallas for the member-guest at Trinity Forest. He got nothing like that in the morning calm when he had a bogey-free round for his best score on the PGA Tour.

Endycott joined him at 62, though it wasn’t an ideal start. He opened with two bogeys. By the end of the round, the Australian had seven birdies and two eagles to atone for that. And as good as the weather was, this was the day to take advantage.

“I don’t think we’re going to get too many rounds out here with no wind,” Endycott said.

The four players who joined Atwal at 63 included Adam Schenk, whose wife said he missed his flight on Monday because he left his clubs at home.

Sean O’Hair and Thomas Petry were among those at 64. The group at 65 featured Seamus Power of Ireland, who at No. 48 is the highest-ranked player at Port Royal.

Missing from the field was Grayson Murray. The Royal Gazette reported he was injured in a scooter accident on the Bermuda roads.

John Daly rolled his way to a 71. Daly is allowed to use a cart on the PGA Tour through the American with Disabilities Act because of osteoarthritis in his right knee.