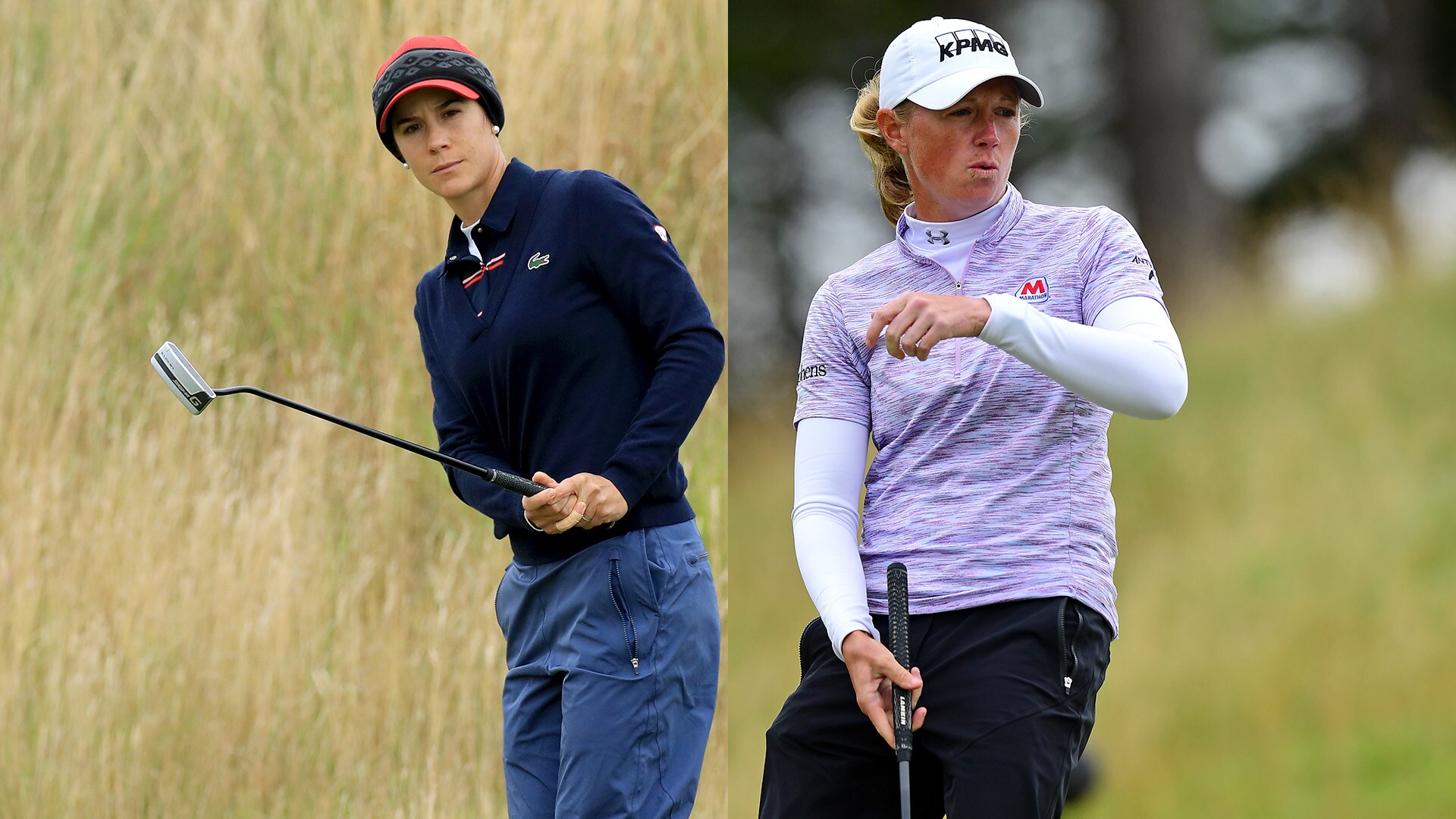 It’s looking like Europe vs. the United States again in Scotland.

Almost a year after the Euros defeated the Americans at Gleneagles in the most thrilling finish in Solheim Cup history, there’s another Sunday showdown brewing.

Spain’s Azahara Munoz, who helped the Euros defeat the Americans last year, birdied the final hole Saturday at the Aberdeen Standard Investments Ladies Scottish Open to post a 2-under-par 69 and take sole possession of the lead. At 7 under overall, she’s one shot ahead of American Stacy Lewis (70) and a two in front of American Jennifer Song (70) at the Renaissance Club.

New Zealand’s Lydia Ko is looking to crash the party after putting up a 67, the low round Saturday. She’s just three shots back, along with American Cheyenne Knight (69). Ko, the former world No. 1, is looking to rebound in a big way from last week’s disappointing finish at the Marathon Classic, where she was five shots ahead of Danielle Kang with six holes to go and lost after a closing double bogey.

“Almost having a tournament right after makes you focus on what’s right there in front of you, and I maybe less think about what happened at Marathon,” said Ko, who is seeking her 16th LPGA title, her first in two years. “Obviously, I would have loved to have had one more higher finish in the end. There’s a lot about what happened to me on the last hole, but you have to talk about what amazing golf Danielle played. I just think it really wasn’t meant to be.”

Munoz, 32, was solid in the cold wind and tough conditions in North Berwick. She hit all 13 fairways in the third round. She’s looking to add to her lone LPGA title, the Sybase Match Play Championship in 2012. She was 2-2-1 at last year’s Solheim Cup.

“I’m enjoying being out there so much,” Munoz said of playing the LPGA’s third event since the tour’s restart amid the novel coronavirus pandemic. “I think this break was really good for me. I just came back, and I just want to play golf. I just want to enjoy myself. I’m going to do my best, so at the end of the day, wherever that puts me, it puts me.

“But in the past, I think I always get a little upset if things don’t work out, or whatever, but I always give hundred percent. As long as I do that, that’s all I can do.”

American Amy Olson (71) and China’s Yu Liu (69) are four back. American Danielle Kang, the No. 2 player in the Rolex world rankings, shot 69 to move five back in her bid to win her third consecutive title.

Americans are well placed for a run at winning three consecutive LPGA events, something they haven’t done since 2014.

“I’m playing good,” Lewis said. “I need to keep telling myself that.

“Whether I’m tied or one or two ahead, it doesn’t matter. Or one back, I guess. It doesn’t really matter. It comes down to how we play tomorrow and how we handle the conditions, and I just have to keep sticking to what I’m doing off the tee, and hitting golf shots. The rest of it will take care of itself.”

Whoever wins promises to face another tough test at the Renaissance Club.

“You have to remember that this is a national open,” Olson said. “They want it tough. They don’t want scores super low, and they have set the course up accordingly.

“So, it is really about hitting greens and saving par when you can. And when you get a chance to make birdie, take advantage.”