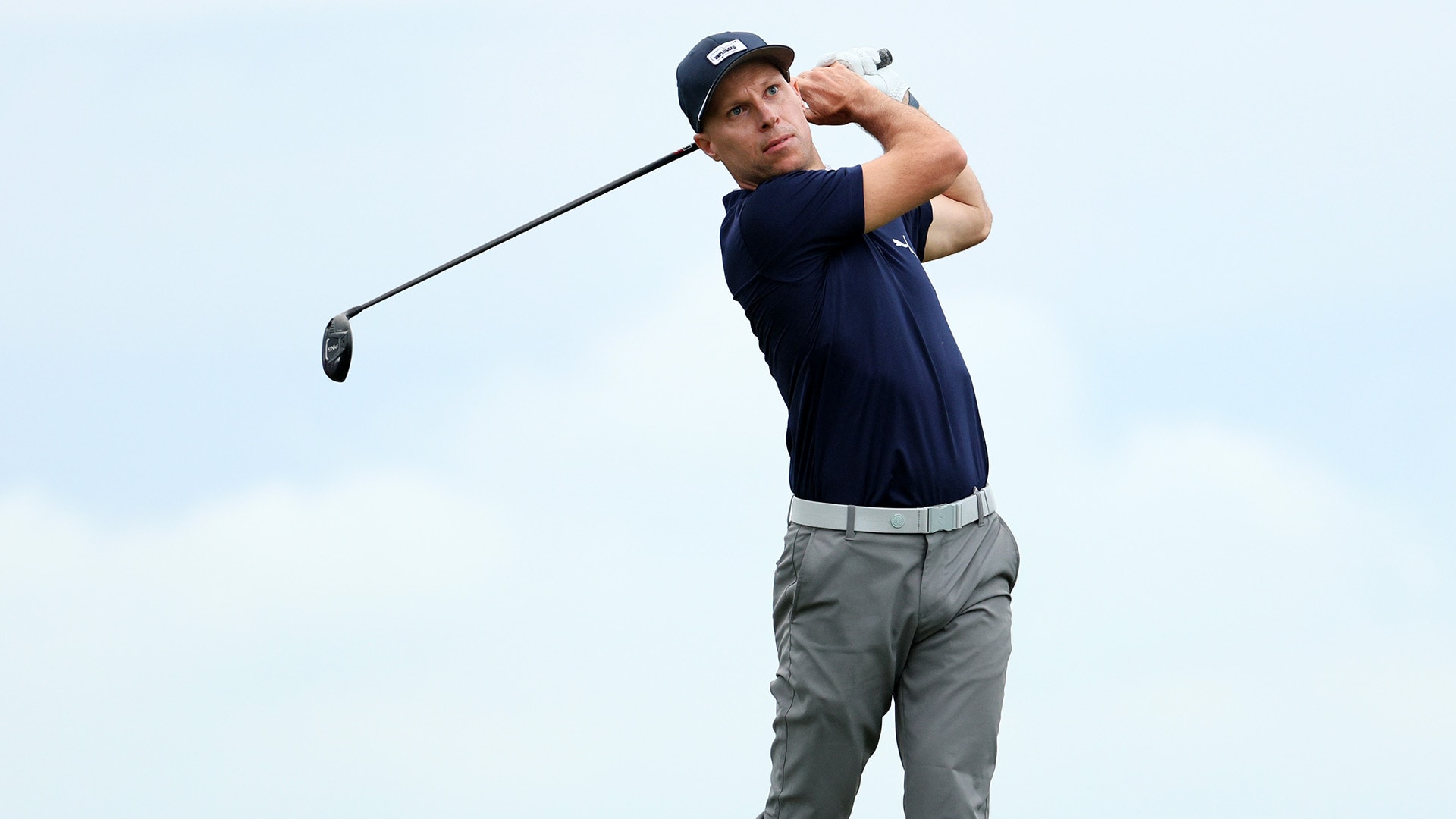 
SOUTHAMPTON, Bermuda – Ben Crane took advantage of a rare start on the PGA Tour with his lowest score in 10 years, a 9-under 62 that gave him a one-shot lead going into the weekend of the Butterfield Bermuda Championship.

Crane’s last victory was in 2014 at the FedEx St. Jude Championship, before it was a World Golf Championship or a FedExCup playoff event. He hasn’t led after any round since the summer of 2017.

The 46-year-old Crane was debating whether to show up in the middle of the Atlantic Ocean as an alternate when he learned he was given a sponsor exemption. And then on Friday, he holed out with a wedge for eagle and tied his career low on the PGA Tour.

He finished before the weather started to turn rough, with a mixture of rain and wind.

“Obviously played the best golf I’ve played in a long time and to be in this tournament is super encouraging,” Crane said. “I don’t get in a lot and then to get in and the weather starts getting bad right when I finished. So really cool to shoot 62. That 29 on the back, I didn’t see it coming, but it adds up to 29. Super fun day.”

Crane, who was at 14-under 128, played alongside good friend Aaron Baddeley, who had a 64 and was among those one shot out of the lead.

Also one shot behind was Austin Smotherman, who was tied until a late three-putt bogey for a 67, Adam Schenk (66), Robby Shelton (66) and Ben Griffin (64).

Seamus Power of Ireland, at No. 48 the highest-ranked player in the field, had another 65 and was two shots behind.

The tournament has one of the weakest fields on the PGA Tour this year, but it has not lacked for unusual stories. Arjun Atwal, who had not played in the three months since his father died, opened with a 63. He had a 71 on Friday and fell six shots off the lead.

Schenk was on his way to the airport when he realized he left an importance piece of luggage behind — his clubs — causing him to arrive a day late.

He was packed and ready at 5 a.m. when he and his wife went inside to see their dog.

“Walked right past the clubs that were packed in the garage,” he said. “Showed up at the airport and opened the trunk and they weren’t there. My wife and I looked at each other and like, ‘Well, I guess we’ve got to go back.’”

The Indiana native could not find a flight until Wednesday, but then found one out of Boston on Tuesday and finally made his way to Bermuda, and then into contention.

Crane, however, was as big a surprise as any of them.

A five-time winner, he hasn’t played a full schedule since 2018 and has played in only 18 tournaments over the last three years.

He had a special day on Friday in Bermuda.

“So often in golf you get beat up,” Crane said. “I said it to my son who’s 14 and learning to play the game, it’s a really hard game. Today was one of those special days, one of a hundred whatever it is, where it just kind of all comes together.”