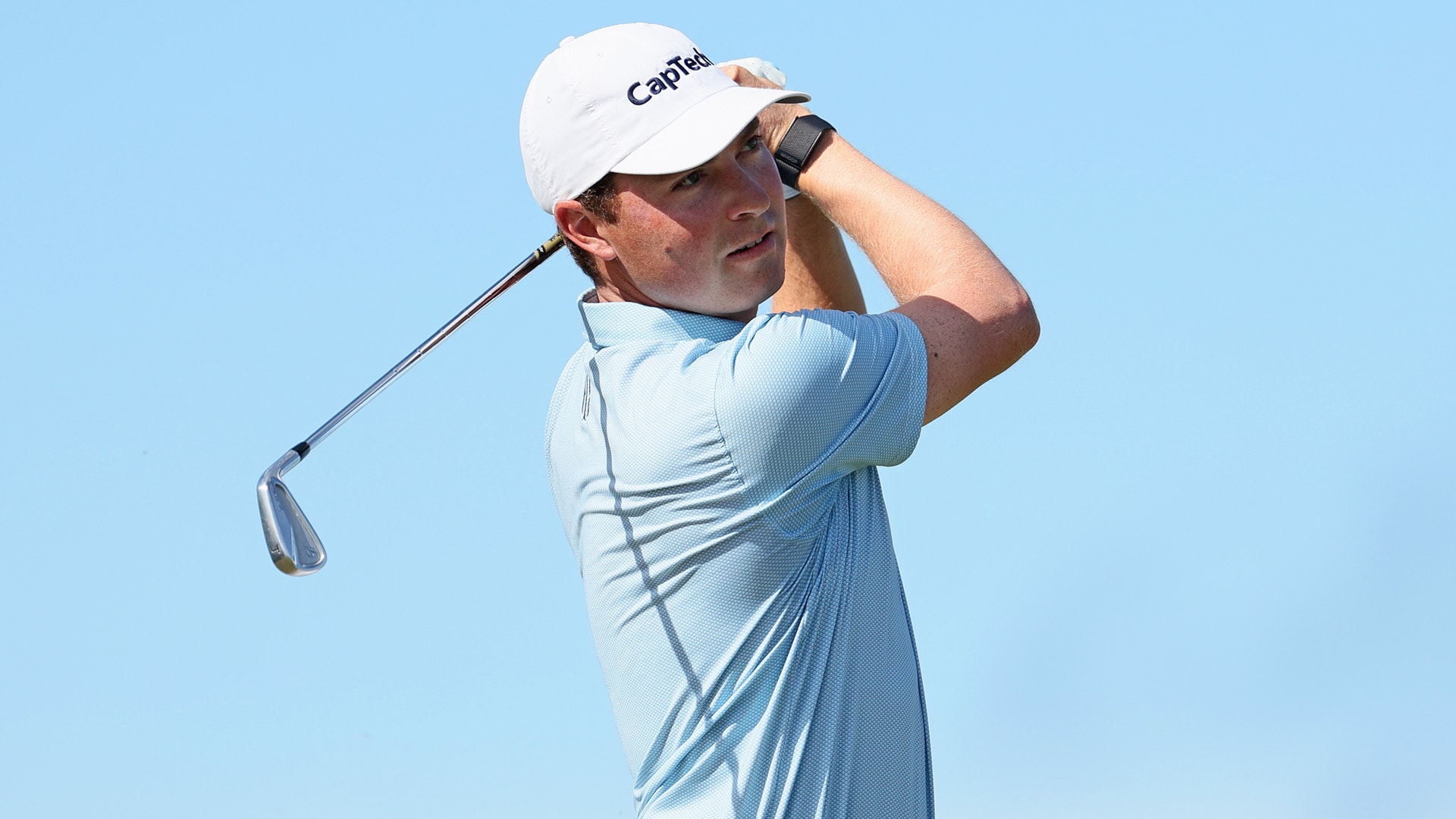 
SOUTHAMPTON, Bermuda — Seamus Power knows the wind and Port Royal well enough to realize he’d better do his scoring early. He did just that Saturday, added a few birdies late and had another 6-under 65 to share the lead with Ben Griffin in the Butterfield Bermuda Championship.

Griffin followed the same script in a strong wind with three birdies to open his round. He kept his approach under the wind on the 18th to 5 feet for birdie and a 66.

Power at No. 48 is the highest-ranked player at Port Royal.

The 35-year-old Irishman is no stranger to windy conditions and has played the Bermuda Championship the last few years.

He made four in a row early and was 6 under for the day until a missed green and bad chips led to a double bogey on the 13th.

“One mistake. The wind drifted it a crazy amount,” Power said. “But I was able to hang in there and it puts me in a good spot going to tomorrow.”

The 16th is the toughest tee because the green is just right of the ocean and the wind was ripping from left to right.

“I don’t know how comfortable you get when you get to 16 and you’re having to aim your ball in the ocean,” Power said with a laugh. The shot finished pin-high on the right side of the green to a left flag, and the putt crept in the low side of the hole.

Power has one PGA Tour victory, the Barbasol Championship in Kentucky last year. He would love nothing more than a win for a strong early start to the PGA Tour and to assure his spot in the Masters.

For Griffin, even more is at stake.

He gave up on the game a few years ago and was working as a loan mortgage officer when he was inspired playing in a member-guest, and the members put up money for him to Monday qualify into a Korn Ferry Tour event.

That was the start of baby steps — making it through Korn Ferry Tour qualifying, and then last year earning his full card onto the PGA Tour.

A victory Sunday comes with a two-year exemption.

“It’s been surreal really the last year and two months of just being comfortable on the golf course and just going out and trying to win,” Griffin said. “When you’re playing mini-tour events and you’re trying to grind for top 10 just to break even, just have enough money to maybe do a Monday qualifier, it’s not necessarily the easiest in terms.

“Now that I have this little bit of freedom, I can go out there and just try to win golf tournaments.”

Ben Crane, whose last win was in 2014, started the third round with a one-shot lead and stumbled down the closing stretch with four bogeys in a five-hole stretch before he birdied the last hole for a 73. He fell six shots behind.