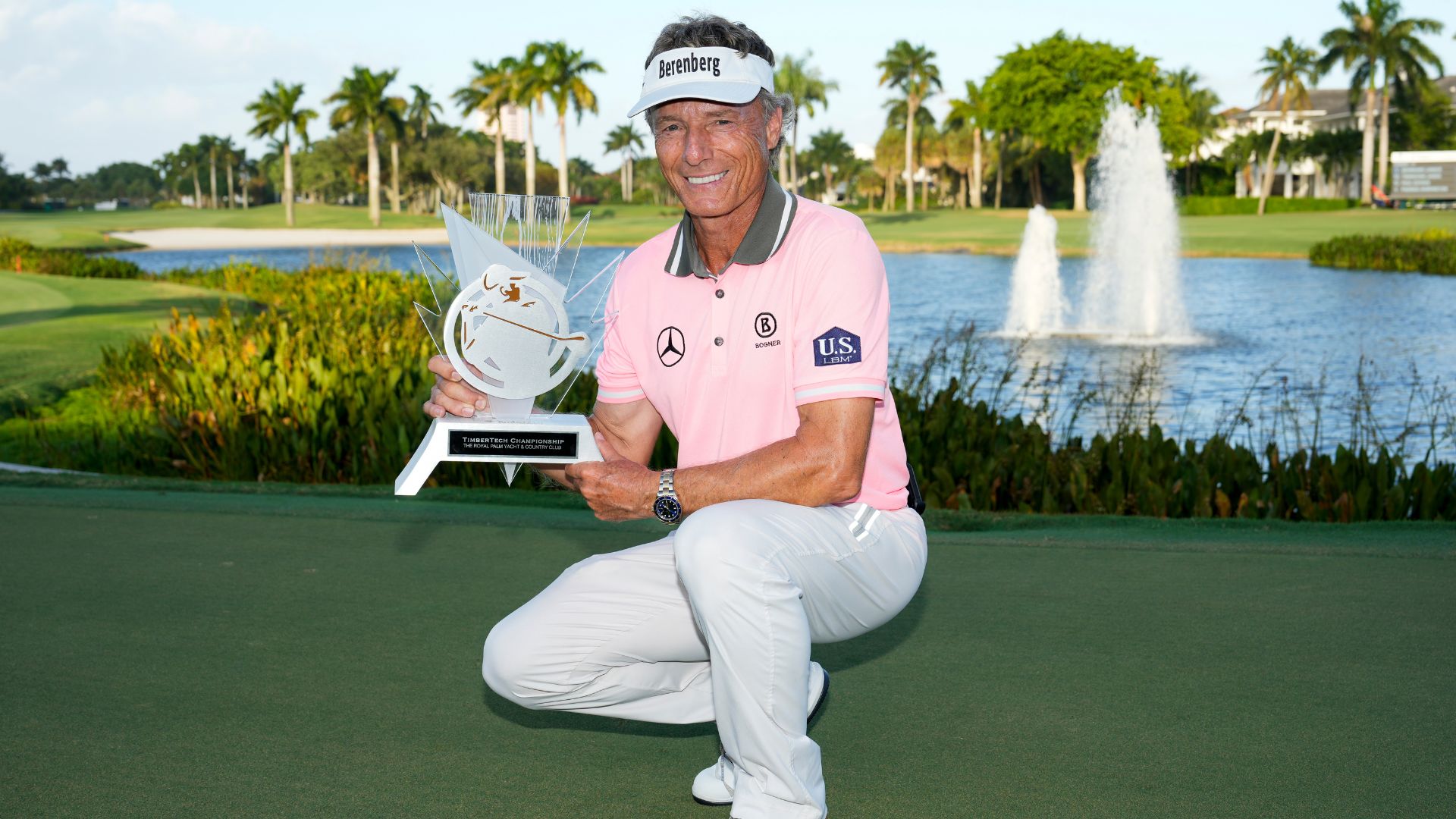 BOCA RATON, Fla. — Bernhard Langer broke his own record as the oldest winner on the PGA Tour Champions with a 6-under 66 for a six-shot victory Sunday in the TimberTech Championship, leaving the 65-year-old German one win away from matching the career record.

Langer started the final round with a one-shot lead, was caught briefly by Paul Goydos and then pulled away from the younger crowd, which for him means just about everyone.

The two-time Masters champion, who broke his age by two shots on Saturday when he took the lead, needed a birdie on the par-5 18th at Royal Palm Yacht and Country Club to shoot his age for the seventh time.

Langer now has 44 career victories on the 50-and-older circuit, one away from matching the record Hale Irwin set from 1995 to 2007. Irwin won his last title at age 61.

Langer has been reminded for the last several years of Irwin’s record 45 wins.

“I’m getting closer and closer,” Langer said. “I’m also getting older and older, so the clock is ticking and I might have another two or three years where I could win. But I’m already the oldest and I broke that record again this week.”

Langer, who earlier this year won the Chubb Classic in Florida, now has 11 victories since turning 60. He has won at least once in the 16 years on the senior circuit.

Langer, who finished at 17-under 199, moved to No. 5 in the Charles Schwab Cup, but without a chance to win the title for the seventh time.

Steven Alker, a four-time winner this year, tied for sixth and maintained a big lead in the Schwab Cup. It will be decided next week in the Charles Schwab Cup Championship in Phoenix, which effectively is a two-man race.

Padraig Harrington, who had to cope with a pulled muscle in his neck on Sunday, shot 67 and finished fourth to at least have a chance.

Points count double in the three postseason events. Alker leads by 617,980 points over Harrington, and the winner next week gets 880,000 points.

Harrington is happy to have a remote chance, especially after starting the second round with a quadruple-bogey 8.

The leading 36 players advance to Phoenix. Kevin Sutherland played his way in with a 66-68 weekend to finish fifth, moving up 11 spots to No. 26. John Huston, despite a double bogey on the 17th hole, shot 71 to tie for eight and move up six spots to finish at No. 36.