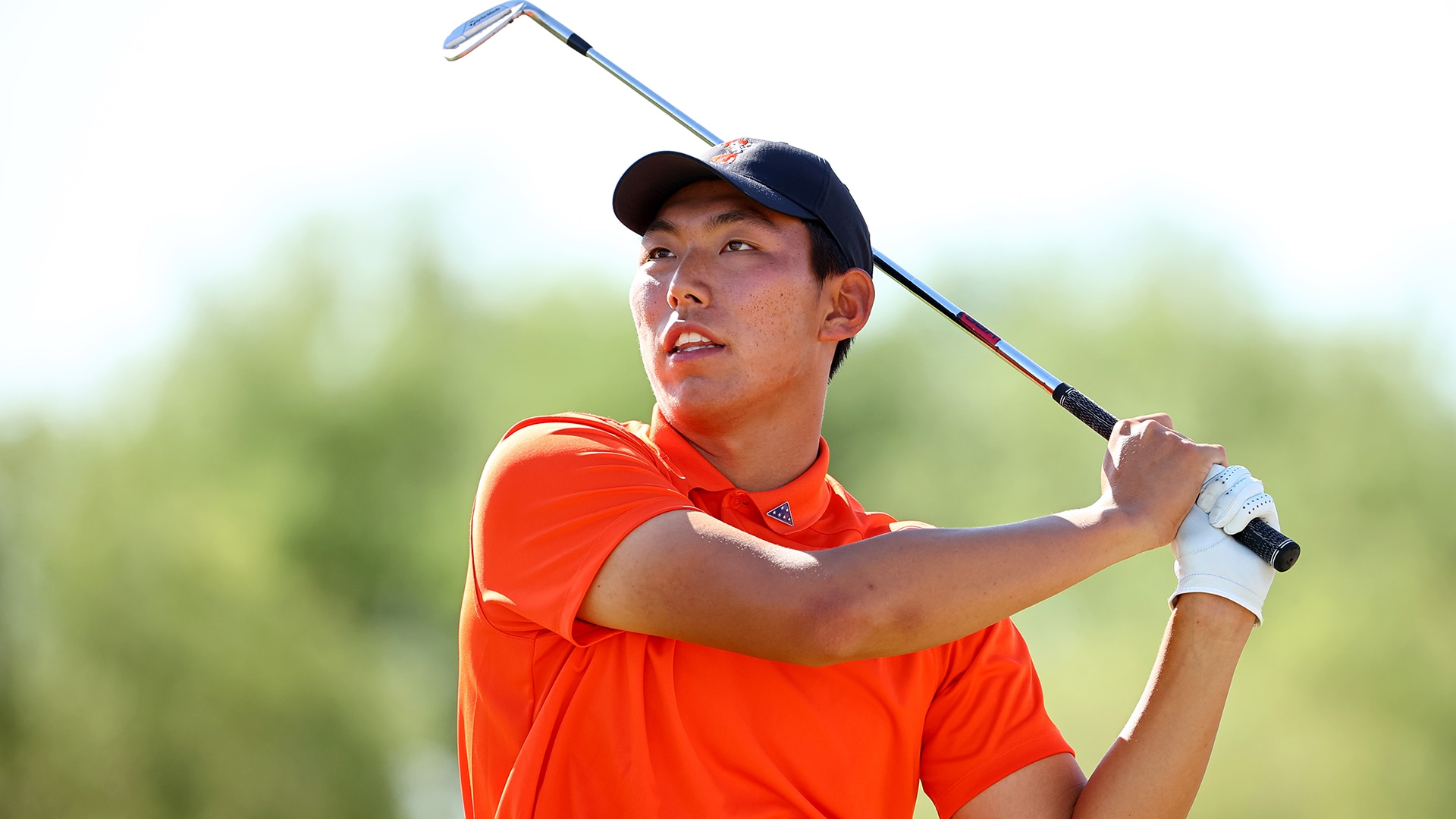 For the second consecutive year Bo Jin has taken the halfway lead at the Asia-Pacific Amateur Championship.

Jin backed up his opening 65 with a second-round 69 on Friday to remain in front at Amata Spring Country Club in Thailand.

Jin’s two-round total has him at 10-under 134, a shot ahead of TK Chantananuwat and Wooyoung Cho. Karl Vilips of Australia is among the group at 8 under, two shots behind heading into the weekend.

The tournament winner receives invitations into the 2023 Masters and Open Championship.

A senior at Oklahoma State, Jin led at the midway point a year ago in Dubai before ultimately tying for third, a few shots behind world No. 1 Keita Nakajima.

“I am in a great position and am obviously reminded of Dubai,” Jin said afterward. “I have played some great golf so far, and I hope to do the same over the weekend and finish the job.”

His job will be made tougher by the presence of Chantananuwat, the highest-ranked player in the field (No. 12). The 15-year-old local hero woke up with a creaky neck and, after a shaky warmup, prepared himself to shoot in the 80s. Instead, he turned in a round of 68 – keyed by a 70-footer eagle on the seventh hole – to remain squarely in the hunt heading into the final two days.

“Hopefully it will be in a better condition to battle it out over the weekend,” he said.