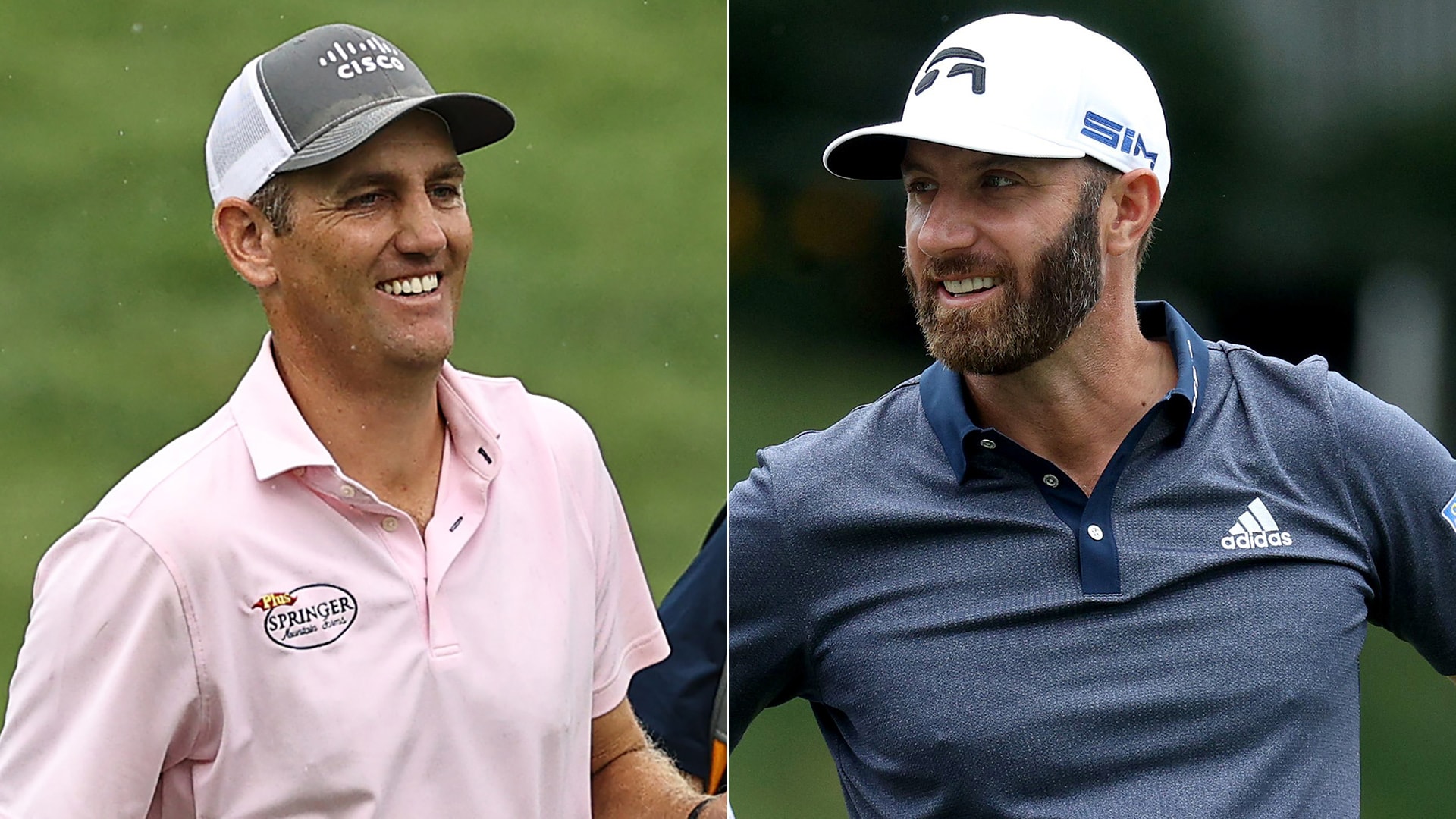 
Thanks to a career-low round of 61, 50 consecutive holes without a bogey and 28 straight found fairways, Brendon Todd leads the Travelers Championship by two over Dustin Johnson through three rounds at TPC River Highlands. Here’s how things wrapped up early on Saturday, after players went off split tees in the morning to avoid afternoon storms:

What it means: Having thoroughly whipped the yips, Brendon Todd is hunting his fourth PGA Tour victory and third this season. Todd first broke through at the 2014 Byron Nelson and then spent multiple years battling a far-right miss that submarined his career. He at one juncture missed 39 of 44 cuts and fell outside the top 2,000 in the Official World Golf Ranking. Now, after back-to-back victories in the fall in Bermuda and Mexico, he’s 18 holes from becoming the 2019-20 wins leader and moving back to No. 1 in the FedExCup standings. This is the fourth 54-hole lead of his career; he’s for 2-for-3 closing, with the miss coming back in November at the RSM Classic, where he was then eyeing his third consecutive victory.

There is a fine line between success and slump in professional golf. It took only one swing to send Brendon Todd over that line and years to make it back.

Giving chase on Sunday will be Johnson, who’s vying for his 21st PGA Tour title and his first in 16 months, since the WGC-Mexico last February. Following a runner-up finish to Brooks Koepka last May at the PGA Championship, DJ fell into what is by his standards a lengthy slump, recording just two top-10 finishes in his last 14 starts. A win on Sunday would mark Johnson’s 13th consecutive season with a victory, extending the longest streak on Tour, one that dates back to his rookie campaign and very first win at the 2008 Turning Stone Resort Championship.

Rounds of the day: Todd finished off a career-low 61 to take the 54-hole lead by two. For a guy who used to have a crippling case of the yips, Todd’s ball striking numbers are eye popping. He’s hit 41 of 42 fairways this week and his last 28 in a row. His only bogey of the week came all the way back on the fourth hole on Thursday; he’s gone 50 straight holes without a dropped shot. His 18-under-192 total is a 54-hole tournament scoring record.

Johnson carded nine birdies in another, bogey-free, career-low round of 61. His previous 18-hole low was a round of 9-under 62 at the 2015 BMW Championship at Conway Farms. After opening with a lackluster 69 Thursday, Johnson has recorded 16 birdies and a single bogey in his last 36 holes at TPC River Highlands, where he hit 12 of 14 fairways and 16 of 18 greens Saturday.

Biggest disappointment: Looking to win in his first start since turning 50, overnight leader Phil Mickelson will start Sunday six back after a Saturday 71. The lowlight of his round came at the par-5 13th, when he skulled a greenside bunker shot out of bounds and up against a set of a train tracks situated left of the green. He is the only player in the top 34 on the leaderboard who was over par on Day 3. Maybe this is why Bryson DeChambeau has gotten as big as a house. He’s trying to be the house. Because the house always wins.