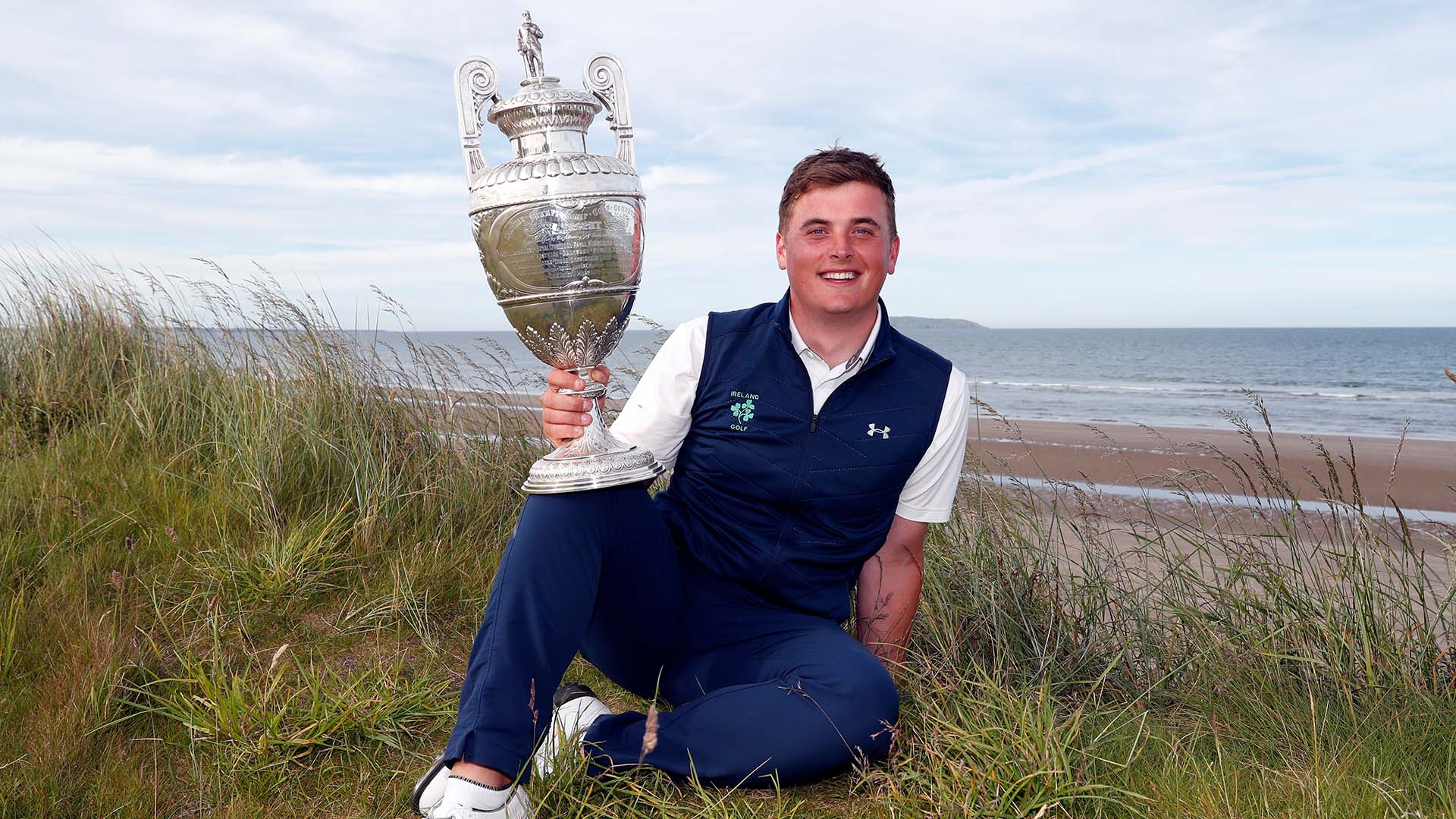 The British Amateur will be without its defending champion.

Ireland’s James Sugrue, who lifted the trophy last year at Portmarnock, was unable to compete in this year’s championship, which begins Tuesday at Royal Birkdale in Southport, England, because of travel restrictions related to the COVID-19 pandemic.

The 120-player field features only four players ranked inside the top 50 of the World Amateur Golf Ranking – England’s Benjamin Schmidt (28) and Benjamin Jones (30), France’s David Ravetto (41) and Germany’s Jannik de Bruyn (48). Ravetto is coming off a notable victory at the Brabazon Trophy. Walker Cuppers Conor Gough and Thomas Plumb are also in the field.

Meanwhile, West Lancashire Golf Club, which is less than a half hour from Royal Birkdale, will host the Women’s Amateur. That event also begins Tuesday and will feature 93 players, including reigning champion Emily Toy of England and a pair of top-10 amateurs in Italy’s Alessia Nobilio (3) and Benedetta Moresco (9).

Two days of qualifying will be followed by match play, which starts Wednesday at each site. The final matches for each championship are scheduled for Saturday afternoon.

“We have worked closely with our medical advisors, health and safety consultants and local authority to ensure we can play the championships safely this week and it will be a real boost for the world’s leading amateur golfers, who have found playing opportunities limited by the pandemic,” said Euan Mordaunt, the R&A’s director of amateur championships. “We are now looking forward to an exciting week of elite amateur golf when two players will emerge to join an illustrious list of past champions and earn exemptions into major championships, including The Open and AIG Women’s Open.”