Bryson DeChambeau explains his casino logic: ‘I’m trying to be the house’ 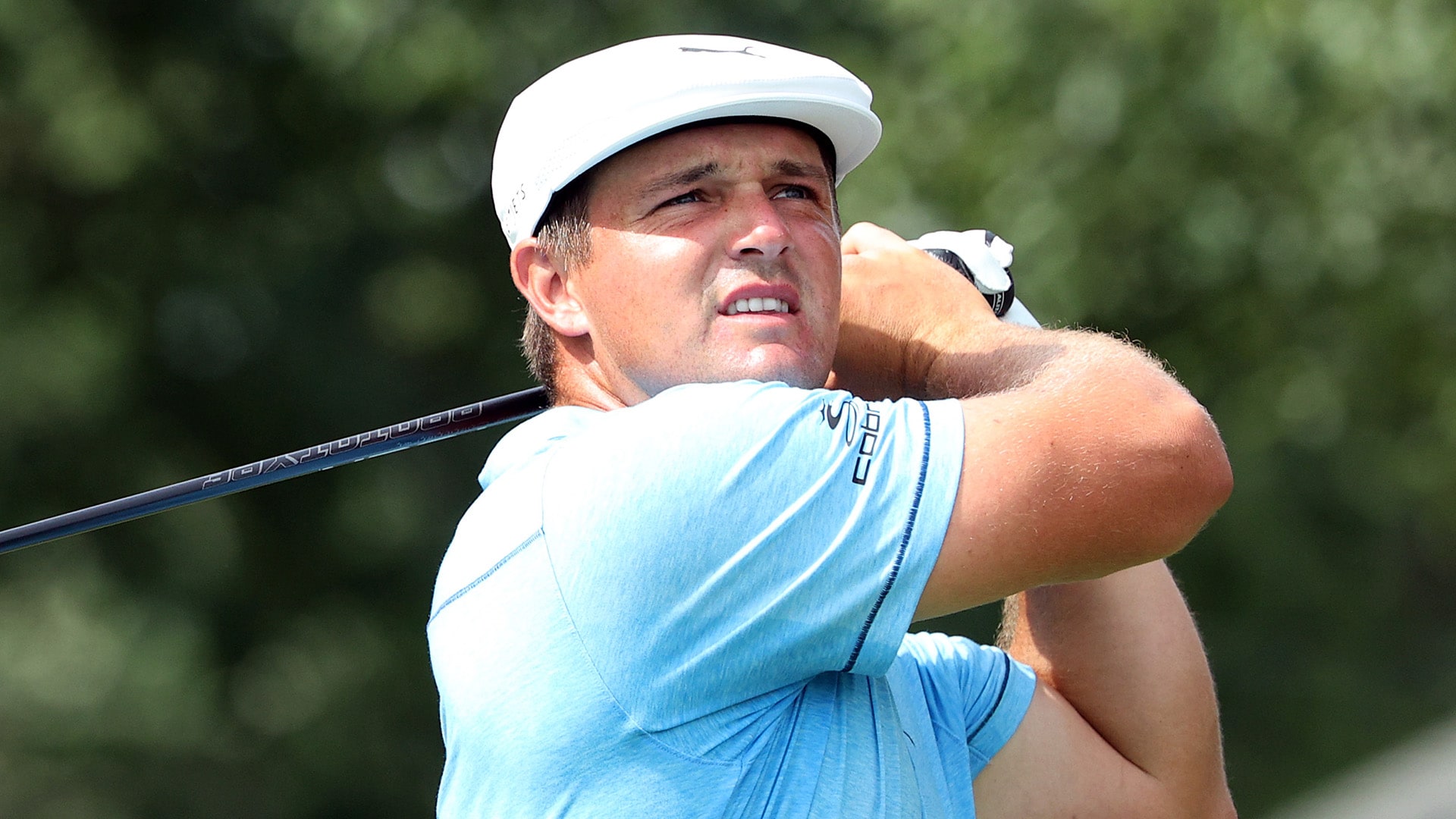 
Maybe this is why Bryson DeChambeau has gotten as big as a house.

He’s trying to be the house.

DeChambeau has undergone as dramatic overhaul of his body since late last year, and he re-emerged from the Tour’s COVID hiatus as a good 20 pounds heavier. He’s now up 235-240 pounds and is routinely ripping drives in excess of 350 yards.

On Friday, he cut the corner at the 389-yard, par-4 ninth and nearly drove the green, bashing his drive 358 yards on a straight line over the trees. A hole later, he sent a ball 428 yards, when he flew his drive 328 and a cart path did the rest.

Bryson DeChambeau is using that newfound distance to his advantage.

The added weight and swing speed have served him well. He’s recorded five consecutive top-10 finishes dating back to the Genesis Invitational in February. He’ll enter Sunday at the Travelers tied for fifth, five off the lead held by Brendon Todd, following a third-round 65.

Speaking after his round each of the last two days, DeChambeau has referred to himself as a casino, with lines like, “What I have to do is imagine that I’m like the casino and just keep playing,” and, “For me, I’m still trying to play like the casino.”

On Saturday, DeChambeau was asked to explain the analogy. Is he the house or a specific game?

Not that this really needs explaining, but just so it’s stated for the gambling-averse: