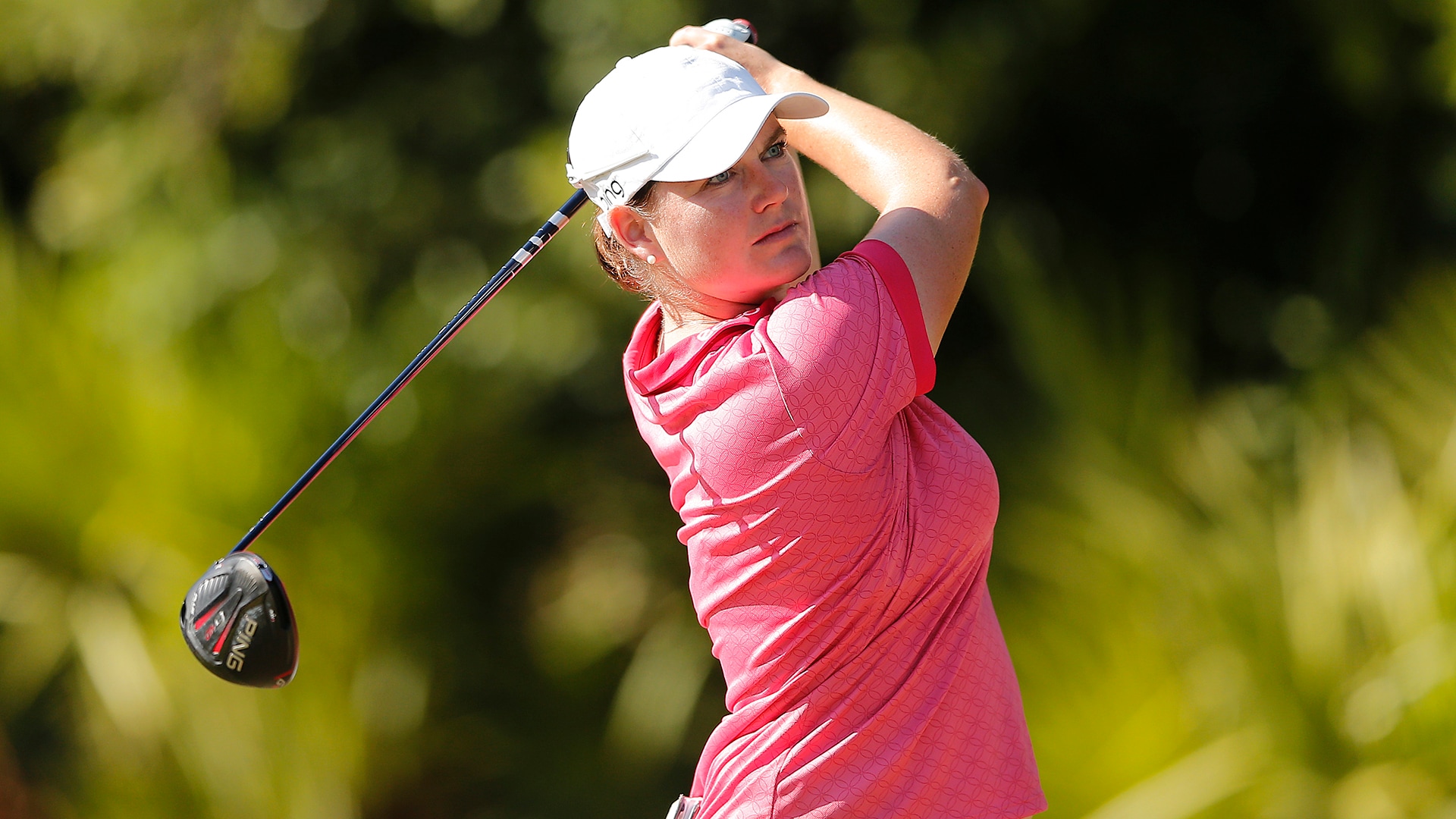 
LPGA pros and caddies will be watching closely when the PGA Tour makes its scheduled return in 12 days.

There’s trepidation within the LPGA ranks with states still under public gathering restrictions and with international travel included early in the tour’s planned restart amid the coronavirus pandemic.

Germany’s Caroline Masson says she is concerned about travel logistics, especially if a player were to contract COVID-19 while away from home.

“There are players and caddies who cannot wait to get back out there despite COVID-19, and there are those who are maybe a little bit scared about traveling,” Masson told the Caddie Network in its “Under the Strap” podcast. “I’m not American, but I live in the United States. It seems easier to travel within the United States than going international.

“There is a chance of getting the virus anywhere, but it’s more, ‘What happens if I get it?’ We know we would have to withdraw from the tournament. We would have to quarantine in that place a couple weeks.”

Masson said the prospect of contracting the disease on the road, especially in a foreign country, creates the scariest scenarios in this planned return to golf.

“I don’t know any doctors there, the hospitals,” she said. “Nobody wants to be in that situation, to be far away from home battling this. That would be my biggest fear, being stuck somewhere with a really bad disease and being really far away from home.

“It’s scary and it’s intimidating, but everybody has to make a decision for themselves.”

With LPGA tournaments working under a different business model than the richer PGA Tour, the prospect of playing without fans is more daunting to women’s events.

Masson was on the Caddie Network podcast with her fiancé, Jason McDede, who is Nelly Korda’s caddie, and also with Les Luark, Lydia Ko’s caddie.

Masson doesn’t want to see a PGA Tour pro contract the virus, but she’s curious how it would be handled, how players and caddies exposed to the virus will be treated and how it would impact the schedule going forward.

“I’m a little skeptical, to be honest with you,” Masson said of returning with the pandemic still a large issue. “If something goes wrong, if one or two players get it, they are in touch with other players and caddies. It will be interesting to see how it’s handled.”

Masson said she will be watching the PGA Tour’s restart at the Charles Schwab Challenge to see how players and caddies interact, how the flagstick is handled.

“It’s a good way for us at the LPGA to watch and learn, and to really make sure that when we do come back, we have a little bit more knowledge how to do it,” she said.

After making its planned restart in late July at the Marathon Classic in suburban Toledo, Ohio, and then the ShopRite Classic in New Jersey, the LPGA is scheduled to head overseas in August. The Evian Championship in France, the Aberdeen Standard Investments Ladies Scottish Open and AIG Women’s British Open in Scotland are scheduled in consecutive weeks. There are also fall events scheduled in China, South Korea, Taiwan and Japan.

For dozens of LPGA pros, the United States is foreign soil.

“The first few times I get on a plane to go somewhere, yeah, there’s going to be some anxiety,” Luark said. “Obviously, I will take all the precautions I can to protect myself, my family and everybody else, but, yeah, it’s definitely going to be hard.” Ryan Burr reports on the LPGA and Symetra Tour’s decision to merge the 2020 and 2021 seasons.

Masson said the LPGA’s decision to merge the 2020 and ’21 season for eligibility and priority ranking purposes gives players options should they be fearful of returning too early.

“At least that frees up players, and, I guess, caddies as well, to say, ‘Look, I’m not ready for this. I’m too scared. I don’t want to go,’” Masson said. “At least, you don’t have the pressure of trying to keep your card.”

McDede believes there’s a lot of motivation for women to return as soon as possible.

“It’s a lot easier for the guys [on the PGA Tour] to say ‘I’m going to stay at home for six, eight months,” he said. “I think on our tour . . . it’s not a multi-million dollar job. So, I think you will see more sponsors have their girls eager to play, just the girls themselves eager to play. Financially, I think they need to play, more than the guys would.”