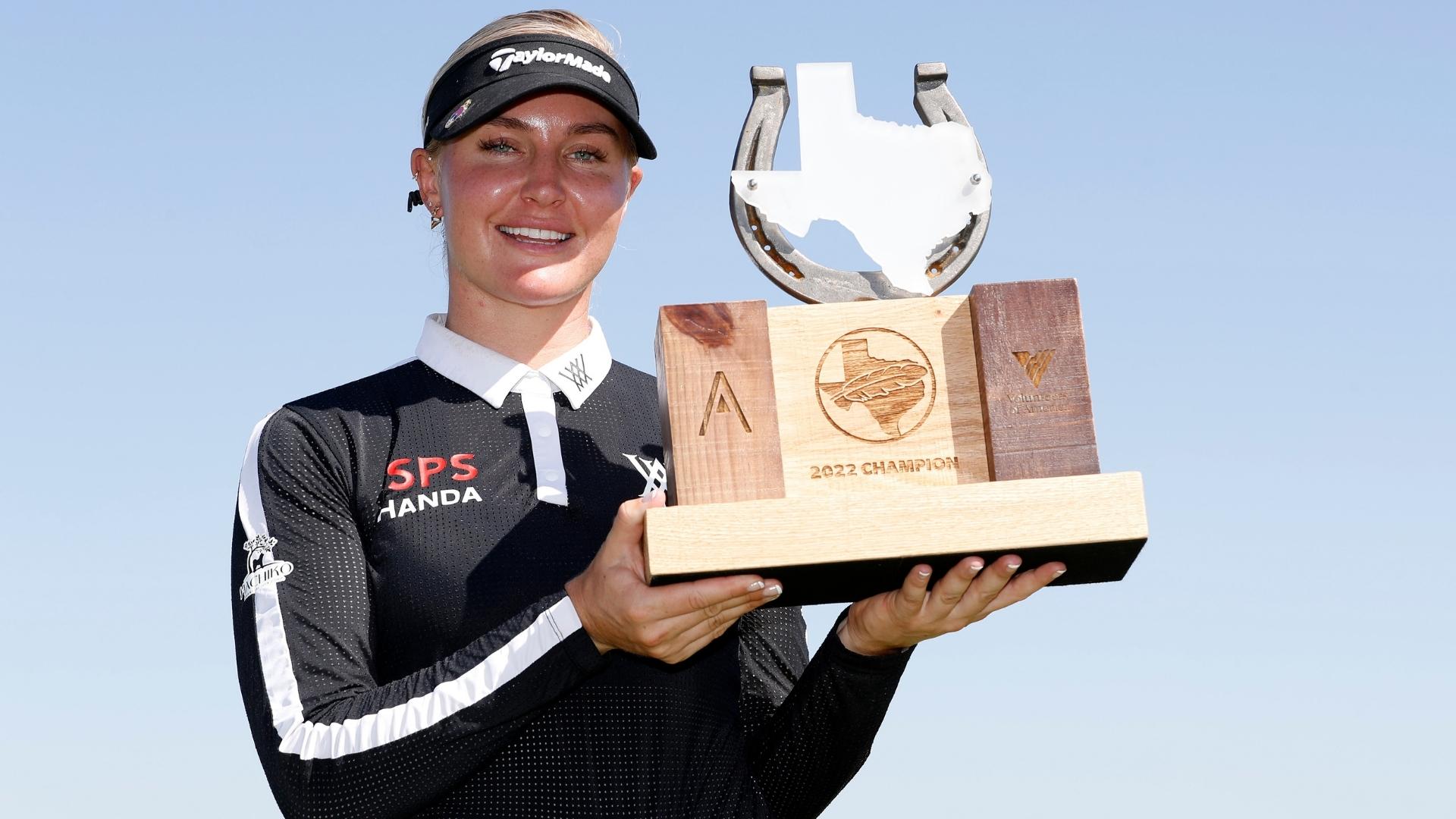 THE COLONY, Texas — Charley Hull put a little extra time into putting practice and it paid off for her in a big way Sunday when she ran off four birdies on the back nine for a 7-under 64 to win The Ascendant LPGA.

Hull won for the first time on the LPGA Tour in nearly six years, and the 26-year-old from England crossed the $1 million mark in season earnings.

She loved the theater of the final hour at Old American Golf Club as much as soaking herself with champagne when she held on for a one-shot victory.

Full-field scores from The Ascendant LPGA benefitting Volunteers of America

“I found it exciting,” Hull said. “When Janet made eagle on 17, I enjoyed that. It made me want to birdie the last. It was great fun.”

Janet is the nickname for Xiyu Lin of China, and she roared into the mix with a 12-foot birdie putt on the par-3 16th and then a 35-foot eagle putt at the par-5 17th. That gave Lin a share of the lead, but only momentarily.

Hull hit a lob wedge from 78 yards to 4 feet on the 17th and made that for her final birdie, taking a one-shot lead to the final hole.

The pin on the 18th was all the way back, with a huge slope just left of the green. Hull went at the flag, tugged it a little and watched it stay on the collar left of the flag. Lin, who closed with a 65, put her approach on the green, just inside Hull’s.

Lin’s birdie putt to force a playoff lost speed and missed just to the left. It was her third runner-up finish this year, and second in the last month. She wiped away tears when it was over.

“It’s funny, my coach and I had a joke, trying to see how high of a world ranking I can get without a win. I mean, it’s not fun, but it’s fun,” Lin said. “Any other week, I mean there is 140 players out there, and I came up second. It sucks, but at the other side, it’s good.”

Lydia Ko was also in the mix and was tied for the lead until missing a couple of birdie chances from inside 10 feet. She shot 65 and finished third, which moves Ko to the top of the Race to CME Globe standings.

No one could keep up with Hull. She began her run with a wedge to 5 feet for birdie on No. 12, and then hit a superb pitch from behind the green on the par-5 13th to 2 feet. She watched anxiously as her approach to the 14th was in the air, and it settled 12 feet away for yet another birdie.

Hull was so dialed in that she had chances on the next two holes from inside 10 feet and narrowly missed them. But she stayed ahead all the way to the end.

“I’ve put in some good work this year,” said Hull, who now has two LPGA wins to go with three titles on the Ladies European Tour. “I told my coach a few weeks ago, ‘This is what we need to work on to get in the winner’s circle.’

“I could have made some more birdies,” she said. “Hit good putts and just rolled over the edge. I feel very proud of myself.”

Atthaya Thitikul, the 19-year-old from Thailand who won last week in Arkansas, needed a win to reach No. 1 in the women’s world ranking. She shot 67 and finished solo fourth, which will move her to No. 2 ahead of Nelly Korda.