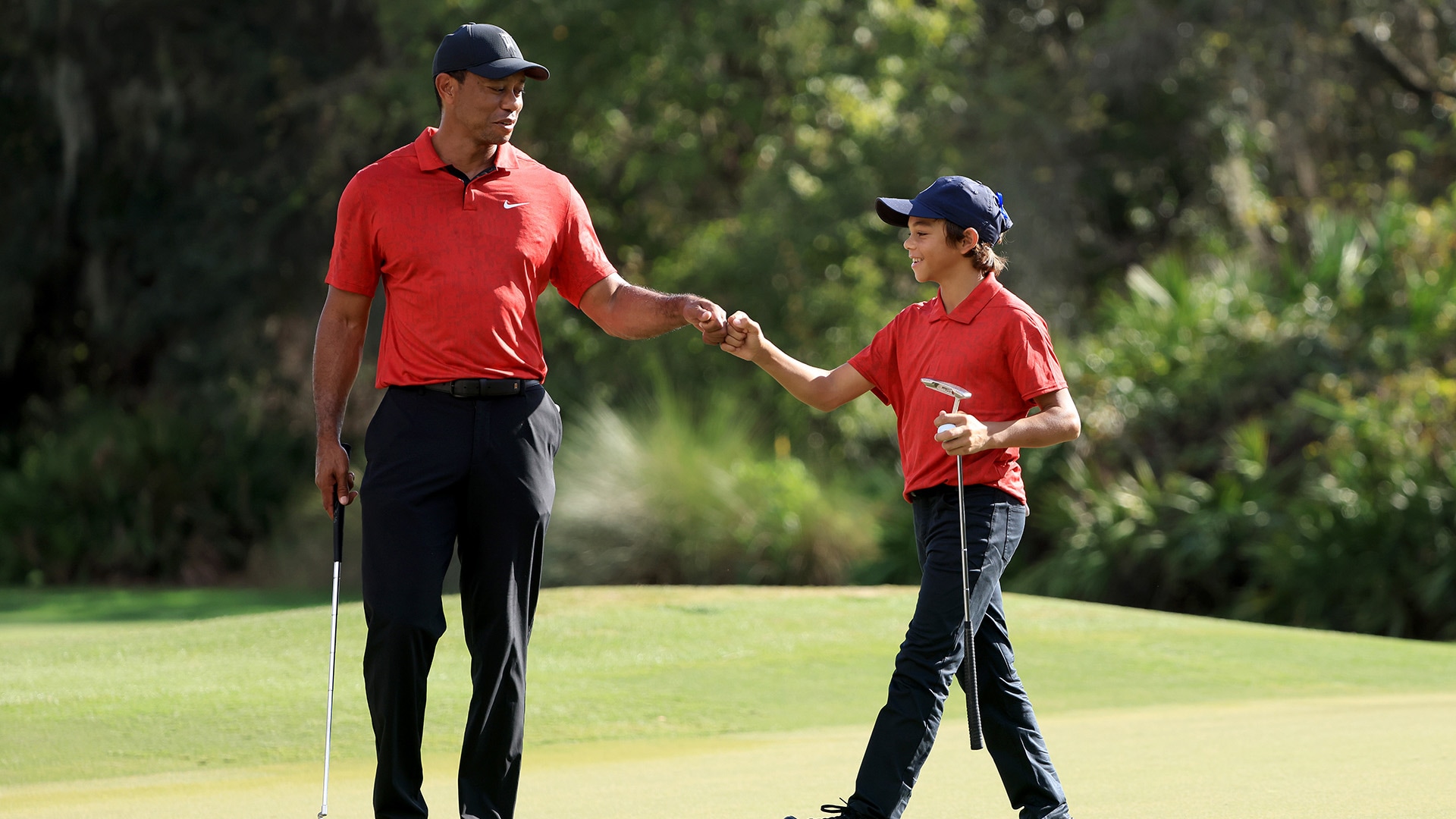 Charlie Woods may only be 13 years old, but at the PNC Championship, he’ll be playing the same as the big boys — or major champions, rather.

Golf Channel’s Todd Lewis reported that Charlie is moving back tee boxes this year, one up for the championship tees. He will play the same tees as John Daly, Vijay Singh and Nelly Korda, which measures 6,754 yards at the Ritz-Carlton Golf Club’s Lakes Course in Orlando. Tiger will play from the tips, which is 7,126 yards.

During The Match, Tiger confessed that Charlie is outdriving the 15-time major champion.

“I hate to say it, but I’m going to admit it. [Charlie] finally did it a few weeks ago,” Woods said. “I spun one, he tomahawked one and got me.”

The golf world will have a chance to see if Charlie can outdrive Papa Woods at the PNC Championship. But with Tiger playing the tips, Charlie’s ball may be ahead of dad’s a lot this weekend.