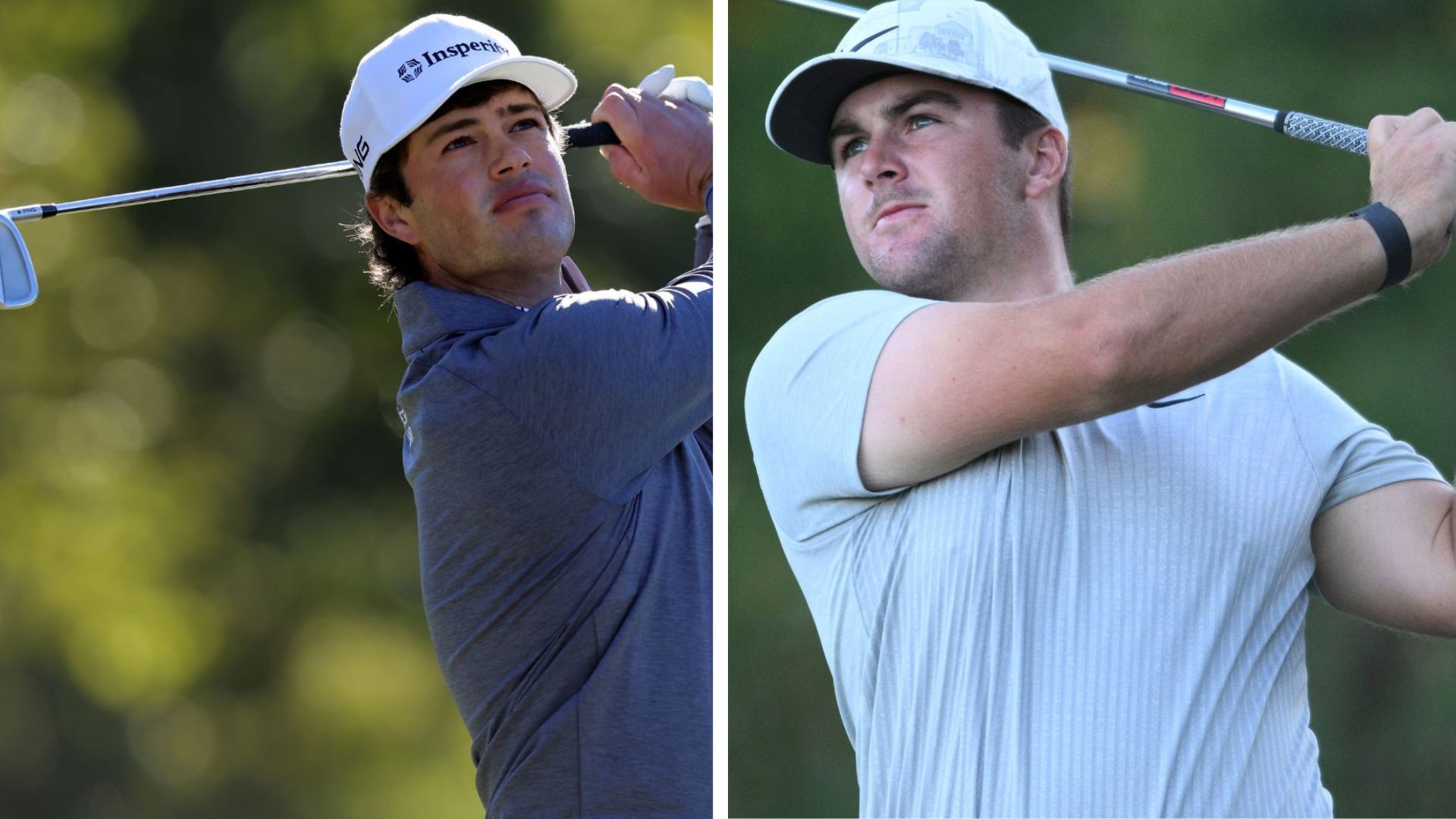 SAVANNAH, Ga. – The paths to final stage of Korn Ferry Tour Q-School for both Chris Gotterup and Cole Hammer can be traced back to the final two holes at Grayhawk Golf Club in Scottsdale, Arizona.

It was late May, and Gotterup, then a fifth-year senior at Oklahoma, had 3 feet for birdie on No. 17 with a chance to take the individual lead at the NCAA Championship. Hammer, meanwhile, was watching with much anticipation, as a victory would push Gotterup into the coveted top five of PGA Tour University and bump Hammer out of the fifth spot.

Luckily for Hammer, Gotterup yipped on the short birdie putt and then followed up with a 6-foot miss for par at the difficult par-4 finishing hole to end up a stroke shy of a four-way playoff and seventh in the final PGA Tour U ranking, a position that not only cost him a Korn Ferry Tour card but also a ticket to final stage. Hammer, on the other hand, received both perks.

“People would say to me, ‘Kind of stinks you weren’t top five,’ and yeah, at the moment it stunk,” Gotterup said, looking back, “but like, it might’ve been for the best.”

With Gotterup already having accepted sponsor invites into three PGA Tour events – RBC Canadian Open, Travelers Championship and John Deere Classic – before arriving at nationals, it’s unlikely earning his KFT card would’ve changed his schedule much. But what it did was allow Gotterup, a lightly recruited player who starred at Rutgers and then proved himself at Oklahoma last season by winning the Haskins Award as college golf’s player of the year, the opportunity to keep playing with a chip on his shoulder.

Gotterup qualified for the U.S. Open the Monday after turning pro as well, but his breakout moment came at the Deere, where he tied for fourth. He would earn enough non-member FedExCup points in six Tour starts to get into KFT Finals, where he fell a few spots shy of getting fully exempt status on the KFT but did manage to earn a bypass into final stage.

Through three rounds at The Landings Club, Gotterup has posted 65-74-64, Saturday’s 7-under score at the Marshwood Course featuring nine birdies.

“It was a strange day yesterday,” Gotterup said of his second, also on Marshwood, where he double-bogeyed two par-3s. “It was tough with the wind and then it started raining on me, and it got me yesterday. Playing in the rain requires a little more focus, and I just didn’t have it, made some weird mistakes. But played a lot smarter today.”

At 9 under, Gotterup is in the mix for medalist honors and fully exempt status for next season on the KFT. Hammer, on the other hand, will be battling Monday to finish inside the top 40 and ties, which would earn him at least eight guaranteed starts. He is 1 under after rounds of 70-71-71.

Hammer split his summer between the PGA Tour and KFT, teeing it up four times on each circuit. Unlike Gotterup, though, Hammer mostly struggled. He didn’t make a cut on Tour and his T-7 at the Memorial Health Championship was his only KFT showing better than T-19.

He didn’t earn enough points on either tour to generate any sort of status for next year, but his top-five PGA Tour U position at least ensured he’d be in Savannah this week with conditional KFT status already in hand.

“Flashes of good, flashes of bad, but I learned a lot,” Hammer said. “Every time you get an opportunity to play on the PGA Tour, you have to take it. I don’t regret it at all. I mean, had I played nine events on the Korn Ferry, who knows? But I’m glad I played the PGA Tour events I did, and I feel like I’m a better player for it.”

Hammer, a former top-ranked amateur in the world, recently dove into some old swing videos from a couple years ago. He tends to get too inside and over the line at the top of his backswing, and that was again the case by the end of this summer.

He mentioned he traveled to Congaree a few weeks ago after two more MCs on Tour, at Sanderson and Shriners, to see instructor Bruce Davidson, watching Rory McIlroy win the CJ Cup on a Sunday before staying for two days.

“I need to make sure I stay inside the rails,” Hammer said.

As he works to get back on track, Hammer did have a few bragging rights over a few of his former college peers, including Gotterup, on Saturday.

Hammer, Gotterup, Oklahoma grad Logan McAllister and Clemson alum Jacob Bridgeman are all sharing a rental on the beach this week. (You could call it the PGA Tour U house as Bridgeman finished No. 2 and McAllister No. 3 in the program last season.) Out of the foursome’s three alma maters, only the Longhorns prevailed on the football field.

On the golf course, though, here’s where things stand through 54 holes: McAllister is 3 under, two shots clear of Hammer, while Bridgeman is 3 over. RJ Manke, who was fourth in PGA Tour U, is 7 over, and Alex Fitzpatrick, who was sixth but received a special exemption via PGA Tour U, per a Tour statement, is 2 over. Nos. 7-10, Trent Phillips, Jackson Suber and Joe Highsmith, sit at 2 under, 3 over and 7 under, respectively, and No. 13 Parker Coody is 2 over.

Leading them all, of course, is Gotterup – and to no one’s surprise. Since those two missed putts in late May, he’s been a can’t-miss,