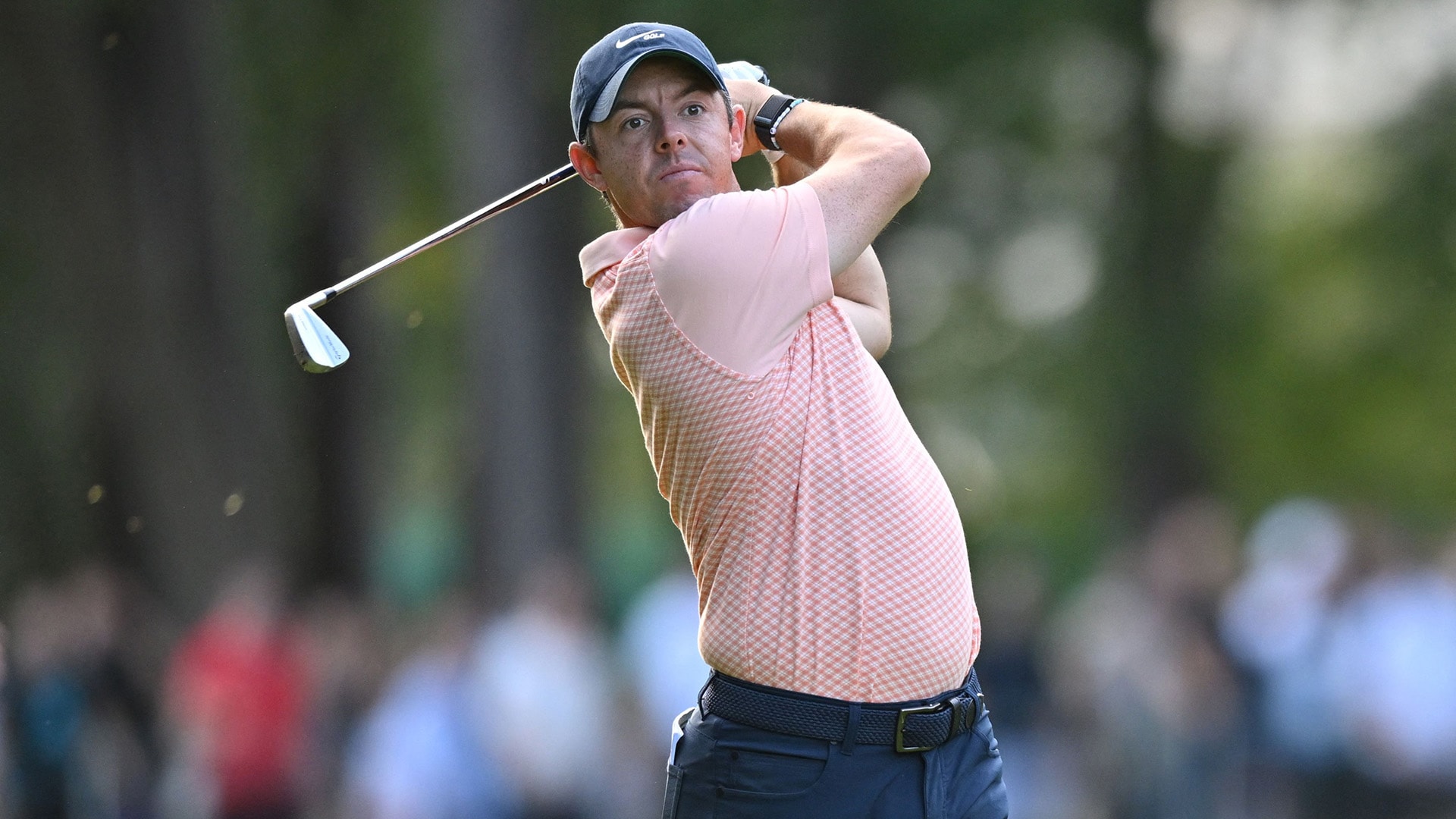 The CJ Cup continues to bounce around, and this week it will be contested at its fourth venue in as many years when Congaree Golf Club in Ridgeland, South Carolina, plays host to the limited-field event.

Rory McIlroy is the defending champion, but that means very little as he lifted the title at Summit Club in Las Vegas. Garrick Higgo, who last year won the only PGA Tour tournament held at Congaree, is not qualified for this week’s CJ Cup.

There is one common thread between the two most recent host venues (and actually the last three): They are Tom Fazio designs. But that’s where the similarities end. Congaree adds yet another course on the Tour calendar with Bermuda greens, and at par 71 and 7,655 yards, it’s on the longer side as far as Tour layouts are concerned. The par-5 fourth hole is 645 yards, and both par-3s on the back are listed at 205-plus. However, it is worth noting that the final round of last year’s event at Congaree was played closer to 7,300 yards.

As for the field, we have our best one of the fall with world No. 1 Scottie Scheffler, No. 2 McIlroy and seven other top-13 players in the Official World Golf Ranking teeing it up.

Looking back on last week’s power rankings for the Zozo, No. 4 Keegan Bradley won the tournament, though it was a down week otherwise with just one other player in the top 10. Last week’s sleeper, Lucas Herbert, never woke up, tying for 59th.

But let’s get back on track. Here are this week’s top 10 power rankings for the CJ Cup, plus a sleeper:

1. Rory McIlroy: It matters little that he won last year on a different course; five straight top-8 finishes, including a win, makes a great case for being a favorite no matter where you’re teeing it up. World-class driver and feasts on difficult layouts. He will love this place and play like it.

2. Matt Fitzpatrick: Closed in 66 and tied for 10th here in 2021. Vastly improved his total driving last season by adding length, and now a major champ, he has more confidence to win against a field like this. Runner-up in Italy a few weeks ago, as well, so a lot lines up for him to contend at Congaree.

3. Jon Rahm: Back stateside after a torrid DPWT stretch – T-2 at BMW, win at Spanish Open. We know what he can do off the tee, as he led the Tour in strokes gained off the tee. It just so happens, when he’s on, he’s elite in everything else, too.

4. Sungjae Im: When a T-29 at Zozo is your worst finish since The Open, you’ve been playing good golf. Im, though, has been playing great golf with three runner-up finishes during that span. He’s got past experience at Congaree (T-35) and is one of the best drivers on Tour (eighth in strokes gained off the tee this fall, 11th last season).

5. Sam Burns: Bermuda Burns is back, but he’s not just a great putter on this grass, he’s also driving it great (fifth on Tour so far this fall in strokes gained off the tee). Four straight finishes between T-19 and T-30; it’s time he contends again.

6. Keegan Bradley: Riding the hot hand, or should I say, ball-striker. Top 10 so far this fall in strokes gained off the tee, and that’s not even counting the ShotLink-less Zozo, which Bradley won by a shot on Sunday. His putter looked OK last week, too.

7. Scottie Scheffler: Some might stay away because of his performance at the Presidents Cup, but this is a golf course that suits him. Perfect time to buy low.

8. Emiliano Grillo: He keeps knocking on the door. Placed solo fourth at Zozo, his second top-5 in his last three starts, and then said he didn’t like the golf course. If he can generate a little more positivity between the ears, his game is good enough to win. He was top 20 in strokes gained off the tee last season.

9. Tyrrell Hatton: Killed some momentum in Japan (T-45) after back-to-back top-8s on the DPWT, but he was T-2 at Congaree in 2021. Didn’t drive it well last season, but maybe a return to course he hit it well at (first in strokes gained tee to green here in 2021) will get him right again.

10. Max Homa: Could’ve gone with popular names such as Justin Thomas, Collin Morikawa or Jordan Spieth here. Decided on Homa, who plays well on tough courses (i.e. Bay Hill, Muirfield Village, Riviera) and is in top form with a win in Napa and T-20 in Vegas to start his fall.

Sleeper: Tom Hoge. Maybe not a true sleeper at No. 34 in the world rankings, but it is a limited field with several top-10 guys. T-9 at Zozo marked his fourth straight top-12 finish. Top 35 this fall in strokes gained off the tee and putting to go along with elite iron play.