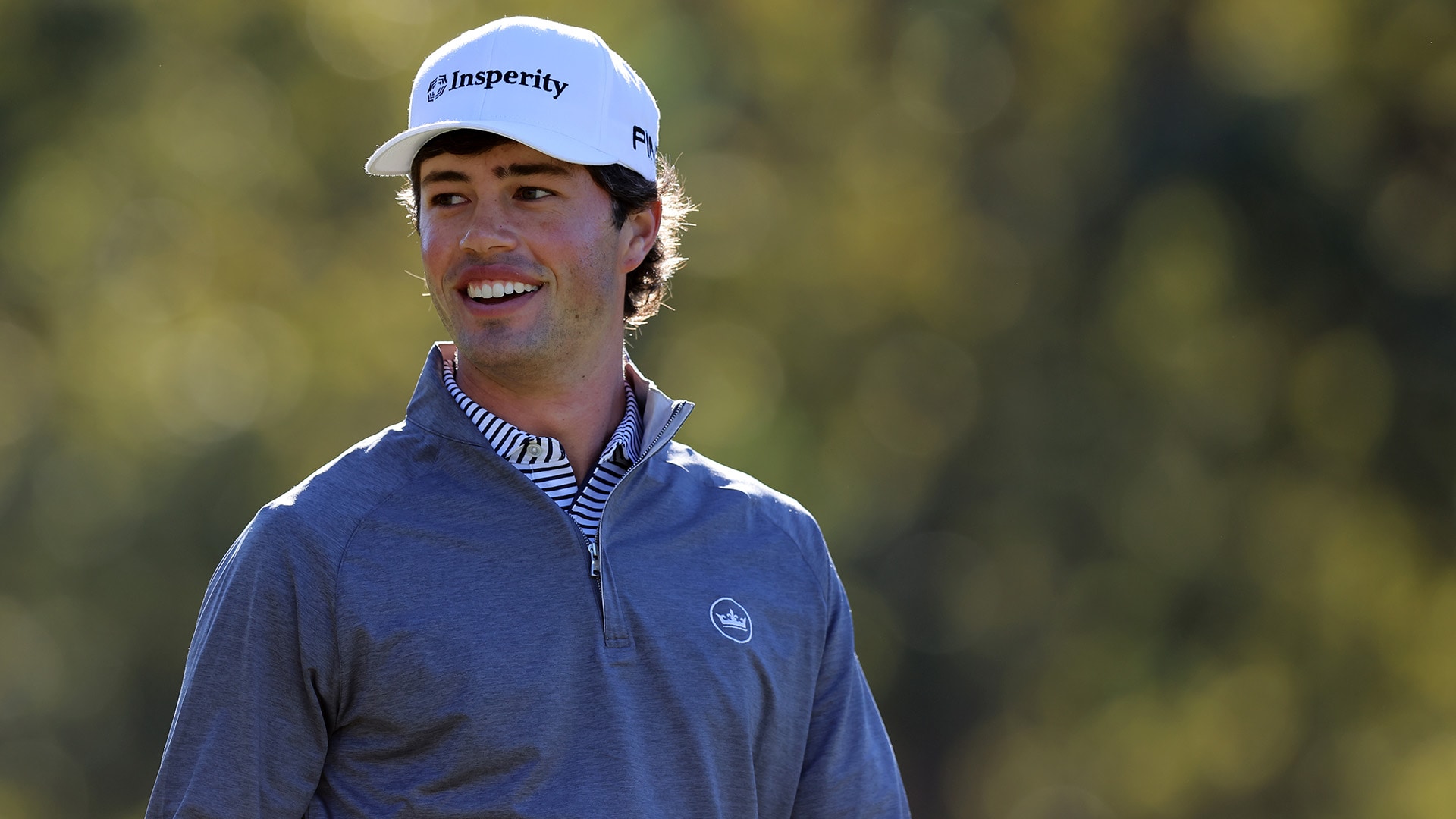 
ST. SIMONS ISLAND, Ga. – On Monday the PGA Tour unveiled a plan to provide direct access to the circuit for the top college player via the PGA Tour University program. Thursday, Cole Hammer offered a timely reminder of why the new program was needed.

Hammer, who bolted the University of Texas this summer with one of the best amateur resumes in recent history, rolled to an early lead at the RSM Classic with an 8-under 64 on the Plantation Course at Sea Island Resort. Although Hammer wouldn’t have qualified for the direct path to the Tour approved on Monday by the policy board, it was an example of how direct access will benefit young players.

“Wow, massive changes. Flashback to three years ago, I never would have thought any of this was possible,” Hammer said of the PGA Tour University program. “The guys coming out of college are so good. There’s some superstars in college right now, juniors and seniors and I’m excited for them to get out here and compete against the best players in the world. I think it’s only going to make college golf better.”

Hammer’s results have been mixed since leaving Texas. Although he’s played well on the Korn Ferry Tour, before this week he’d made just a single cut in seven Tour starts. As he explained following a near-flawless round on a blustery day at Sea Island, the learning curve between college golf and the PGA Tour can be difficult to navigate.

“I just had about zero patience. As soon as I made a bogey, I felt like the world was ending,” Hammer said of his Tour experience prior to last week’s Houston Open, where he tied for 27th. “In Houston I just relaxed, took a deep breath and I made some bogeys. I basically just told myself that I can come back and nobody plays perfect golf.”

The PGA Tour University program, which was first reported by GolfChannel.com, will grant Tour membership to the top-ranked college senior as well as access to the circuit for underclassmen who meet certain performance benchmarks, like college golf awards, amateur victories and performance in Tour events.

The PGA Tour Policy Board on Monday approved changes to the PGA Tour University program.

Hammer said the new programs are not only crucial for young players who have historically faced a challenging uphill climb to the Tour, but will benefit college golf programs as well.

“I don’t see why you would ever leave [college] early now. College coaches have to be through the roof. I think it’s great staying for four years and having that experience,” Hammer said.