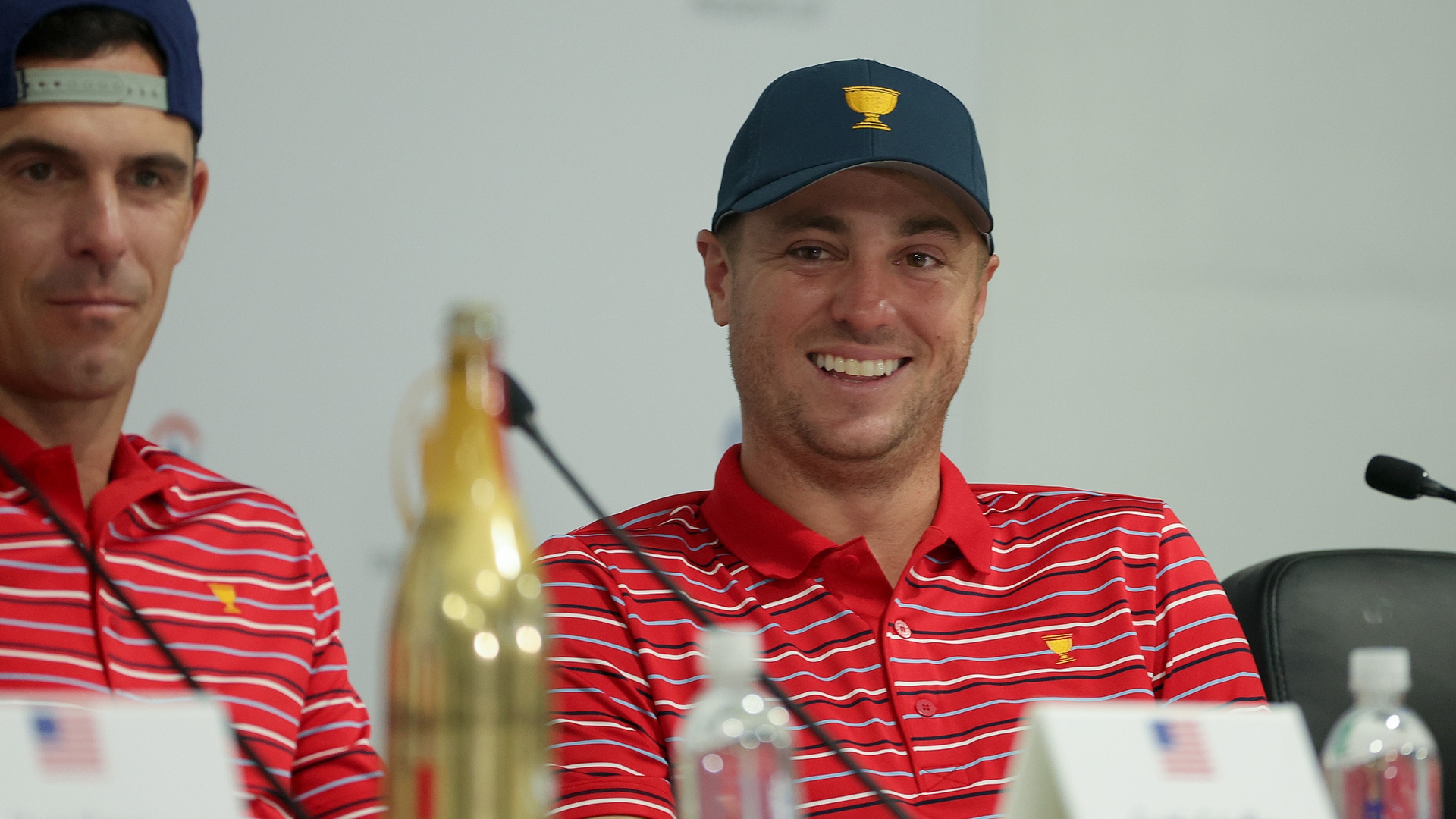 Justin Thomas doesn’t share his yearly goals until the end of the year, and he also apparently is reluctant to divulge what he dreams about.

But this time, he couldn’t help himself.

“I usually wouldn’t share a dream I had (bc that’s weird right?),” Thomas tweeted on Sunday morning, “but this nightmare made me laugh…”

Thomas then went on to explain that Colt Knost, a former Tour pro and now an on-course reporter and podcaster, received a sponsor exemption into the RBC Heritage, held annually at Harbour Town in Hilton Head Island, South Carolina. Knost then played well enough to get into a playoff with Thomas, and the pair battled for three extra holes before Thomas bogeyed the third playoff hole. That left Knost with a 1-foot putt for his first career PGA Tour win – he owns two Korn Ferry Tour titles and, of course, won the U.S. Amateur and U.S. Amateur Public Links in 2007.

“And he wouldn’t stop talking trash to me (very on brand),” Thomas added. “It even got to the point that he got his radio stuff out and started the show before his putt and talked about it on air while making it to beat me. I woke up shook.

“Also, glad to know it takes a dream for @ColtKnost to get a Tour win.”

Knost responded to the recollection, saying what appears to be a reference to Knost beating Thomas (recently?) at Michael Jordan’s golf course in South Florida, The Grove XXIII.