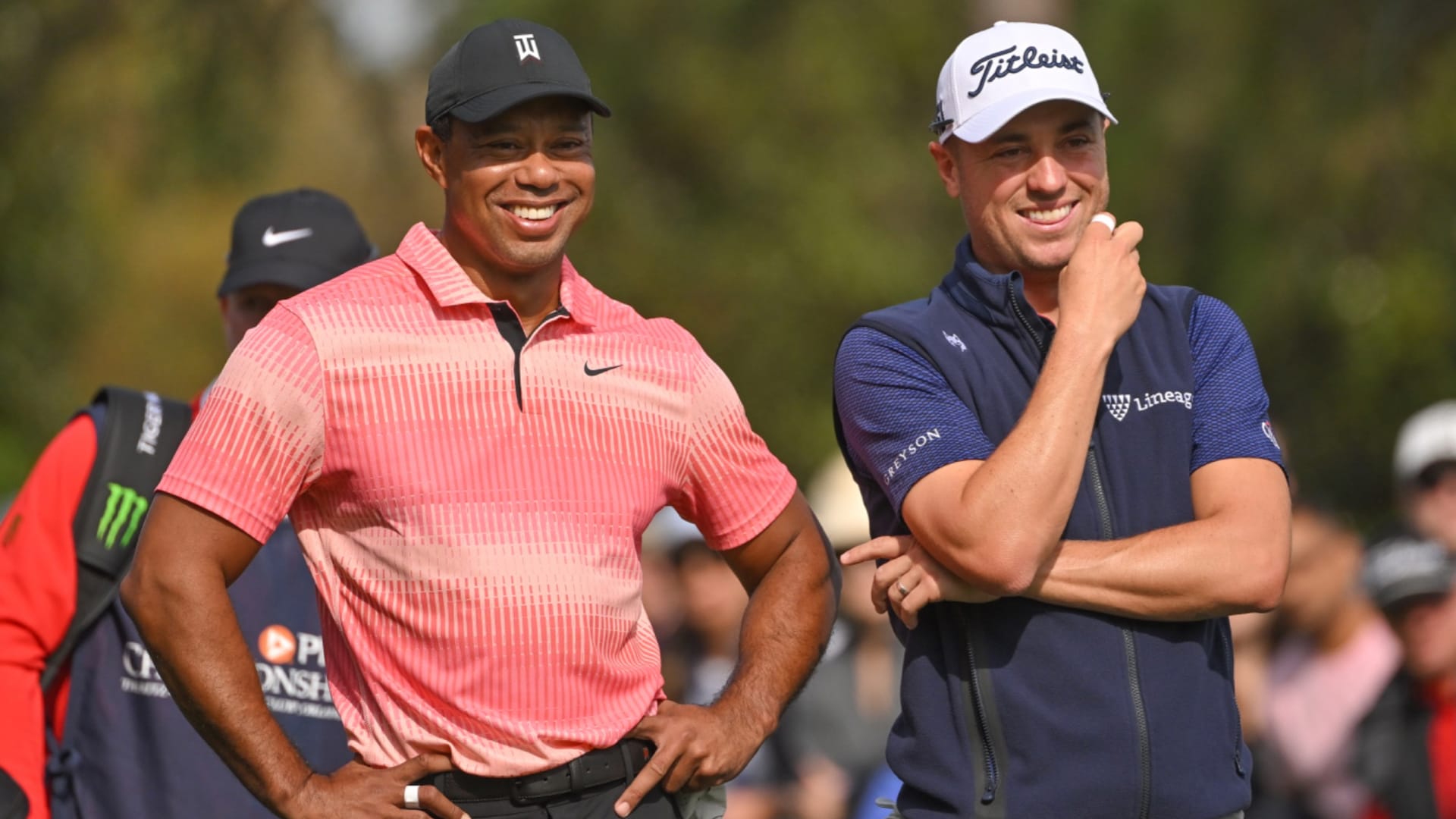 ORLANDO, Fla. – Justin and Mike Thomas should be grouped with Vijay Singh and his son on Sunday, since the latter pair is tied for second place and two shots behind the front-runners.

Instead, Team Thomas will be paired with Tiger Woods and his son, Charlie, for the second day at the PNC Championship. As one tournament official explained, with a knowing smile, the pairings were adjusted by a “committee” decision.

It’s also going to be good for television. The two families are close, with the younger Woods saying as much in his first TV interview.

“It’s just been really fun playing with dad, the Thomases, the LaCavas, and of course Bones (JT’s caddie), too. Bones is part of that,” Charlie said. “It’s just a big family out there.

But the father-son pairs aren’t shy when it comes to trash talk, as evidenced by their banter on Saturday and Justin’s reaction to Charlie’s comments.

“Charlie said that? Wow,” Justin said when he heard the 13-year-old’s comments.

“We always thought we were. He was working his way towards being in the family, but apparently, he’s in,” Mike laughed.

“I didn’t even know if he honestly liked us, so I’m glad to hear that he said that,” Justin smiled.

Team Thomas won this event two years ago and famously wore the champion’s belt to the Woods house a few days later for a holiday party. It’s the type of shade Tiger doesn’t forget.

“They got the belt a couple years ago. They rubbed it in our face over Christmas dinner,” said Tiger, who is tied for second place with the Singhs at 13 under. “They are in a great position to possibly do it again on Christmas dinner, but we are going to have a little something to say about that.”

Justin gave an example of what to expect on Sunday when he was asked how the teams interacted on Day 1.

“Charlie definitely hit his fair share of putts pretty hard today, so I made sure, I think both of us, to remind him of that,” Thomas smiled. “He hit some really, really good putts and shots, as well, so it was good.”

Mike also had his share of fun, “Well, [Charlie] had a Snoopy hat on, so I called him ‘Snoopy’ all day,” he laughed.