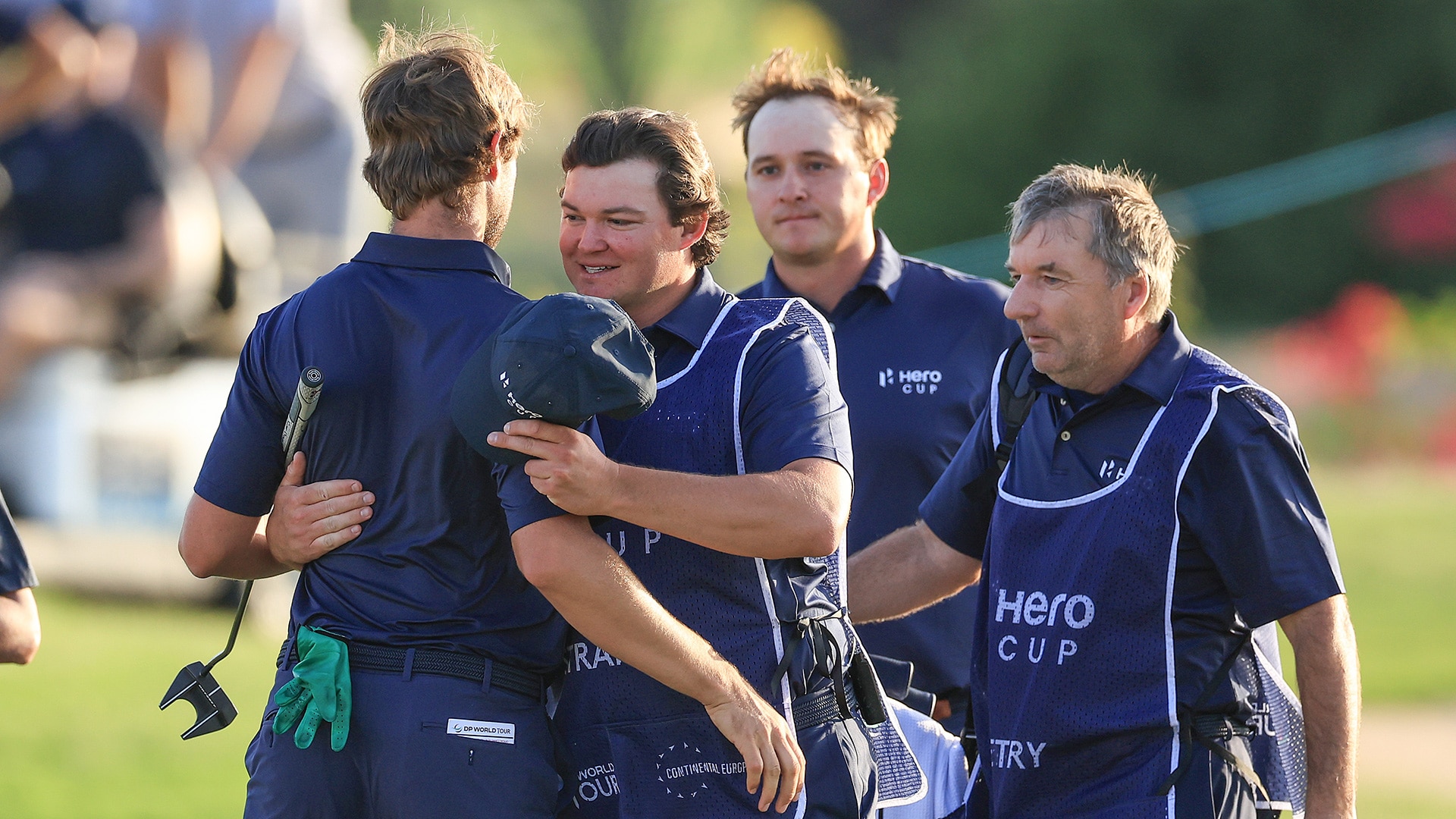 ABU DHABI, United Arab Emirates – Continental Europe will take a two-point lead into the final day of the Hero Cup after extending its advantage over Great Britain & Ireland in the afternoon foursomes (alternate shot) on Saturday.

The inaugural tournament is giving European Ryder Cup captain Luke Donald a chance to assess players under match-play pressure ahead of the contest with the United States outside Rome in September.

Francesco Molinari’s team was a point ahead overnight and maintained that advantage when the teams took 2.5 points each from the five foursomes matches on Saturday morning at Abu Dhabi Golf Club.

Continental Europe then finished the afternoon 3-2 to take a 8 ½ – 6 1/2 lead ahead of the Sunday singles.

Great Britain & Ireland captain Tommy Fleetwood recorded two wins from two on the second day. He linked up with Tyrrell Hatton to see off Sepp Straka and Thomas Detry in a morning match that went to 18 before partnering Jordan Smith to a 2-and-1 win over Alex Noren and Thomas Pieters.

Three birdies in their last five holes for Callum Shinkwin and Matt Wallace sealed a 2-and-1 win over Antoine Rozner and Adrian Meronk, but the other three afternoon games went Continental Europe’s way.

Molinari partnered with Nicolai Hojgaard for the third straight match and make it 2 1/2  points from three by beating Ewen Ferguson and Richard Mansell, 2 and 1.

Elsewhere, Detry holed a 52-foot birdie putt on 17 to put him and Straka 1 up on Shane Lowry and Hatton, and they held on for the point before Victor Perez and Guido Migliozzi ended Robert MacIntyre’s hopes of a third straight victory with a 2-and-1 triumph over the Scot and Seamus Power.

Molinari was pleased with his team’s performance so far, but said the job is not done.

“Two points is nothing. We have been in situations where much bigger margins were eroded,” the Italian said. “But I’ve got full trust and confidence in all the other nine guys, so I’m looking forward to the challenge of tomorrow.”

Fleetwood said fatigue might have been a factor in the afternoon sessions, but he was hopeful for a good start on Sunday.

“A couple of matches could have gone either way. We ended the day two points behind, but two points behind is fine and we have a full singles session to go,” he said. “We can reflect on today and we’ll all sit in the team room and we’ll be talking about our rounds and everything, but overall we go out and get a fast start tomorrow, we’re straight back in the game.”

The event was added to the schedule to give Donald a chance to assess his options for Europe’s attempts to regain the Ryder Cup after a record 19-9 loss to the Americans at Whistling Straits in 2021.