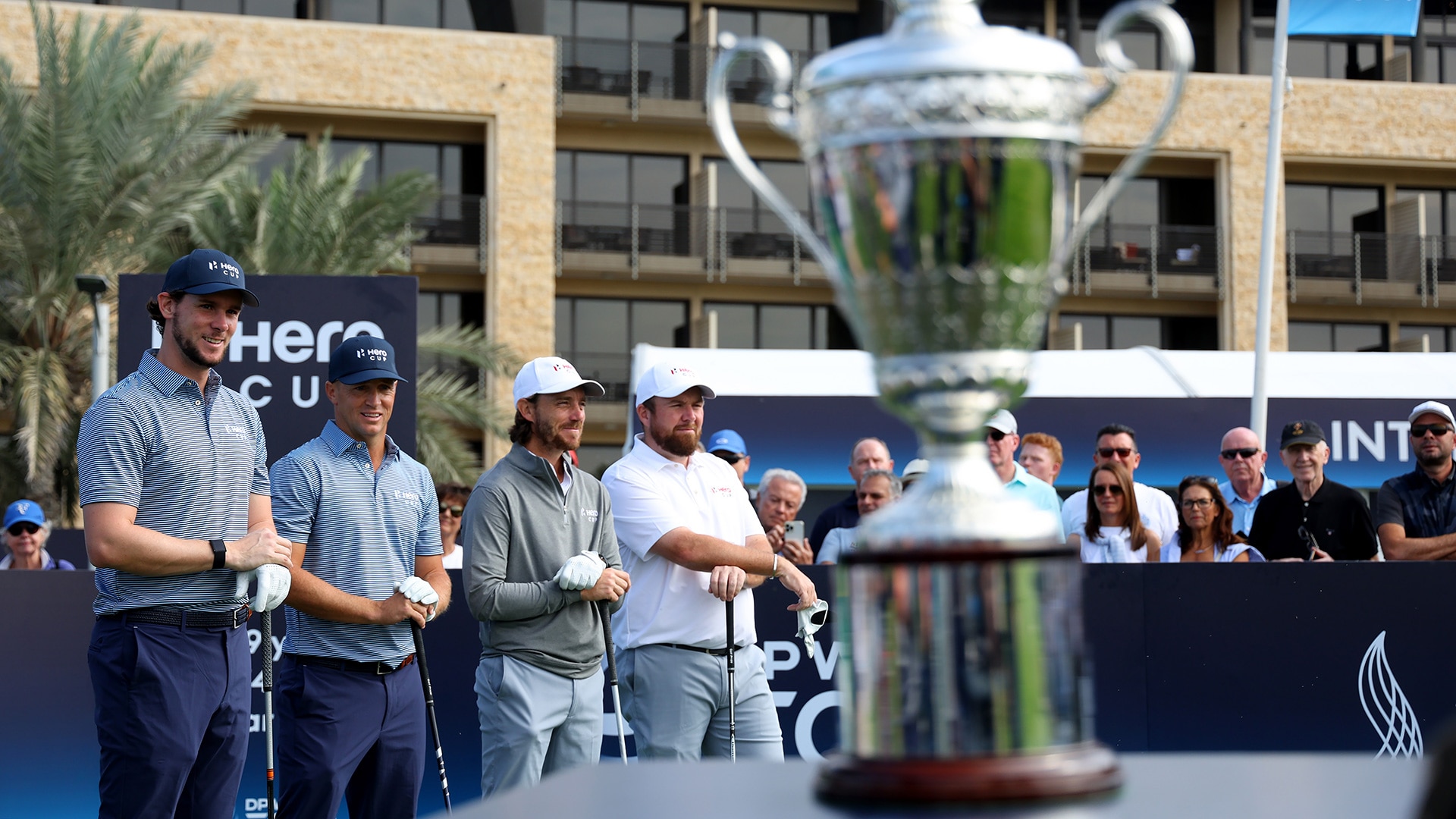 ABU DHABI, United Arab Emirates – Continental Europe established a 3-2 lead in the Hero Cup after taking down Great Britain & Ireland’s top players in the fourballs on Friday as Ryder Cup captain Luke Donald cast his eye over the continent’s next generation in match-play competition.

The event was added to the schedule to give Donald a chance to assess his options ahead of Europe’s contest with the United States outside Rome in September.

There was none of the Ryder Cup-style boisterousness outside the fairways – with a small number of spectators at Abu Dhabi Golf Club – but four of the five matches went to the 18th, at least putting the players under some pressure in front of Donald.

Great Britain & Ireland’s lead pairing of Tommy Fleetwood and Shane Lowry, who are the highest-ranked players in the competition, stumbled at the last as Alex Noren made birdie to seal a 1-up win alongside Thomas Pieters.

Continental Europe then made it 2-0 when Jordan Smith, partnering with 26th-ranked Tyrrell Hatton, narrowly missed an eagle putt to the right on No. 18 and shook hands with Thomas Detry and Antoine Rozner, who won, 2 up.

Matt Wallace got up and down from just off the 18th green for birdie to win the hole and halve the third match with Callum Shinkwin against Continental Europe’s Victor Perez and Guido Migliozzi.

Richard Mansell, who was playing with Ewen Ferguson, then holed a birdie putt at No. 18 to earn a half for GB&I against Francesco Molinari and Nicolai Hojgaard in Match No. 4, the last to finish.

Earlier, Seamus Power and Robert MacIntyre beat Sepp Straka and Adrien Meronk, 4 and 3, in the only early finish of the fourballs, earning the favored Great Britain & Ireland’s only full point.

There will be 10 foursomes (alternate shot) matches across two sessions on Saturday and 10 singles matches on Sunday.