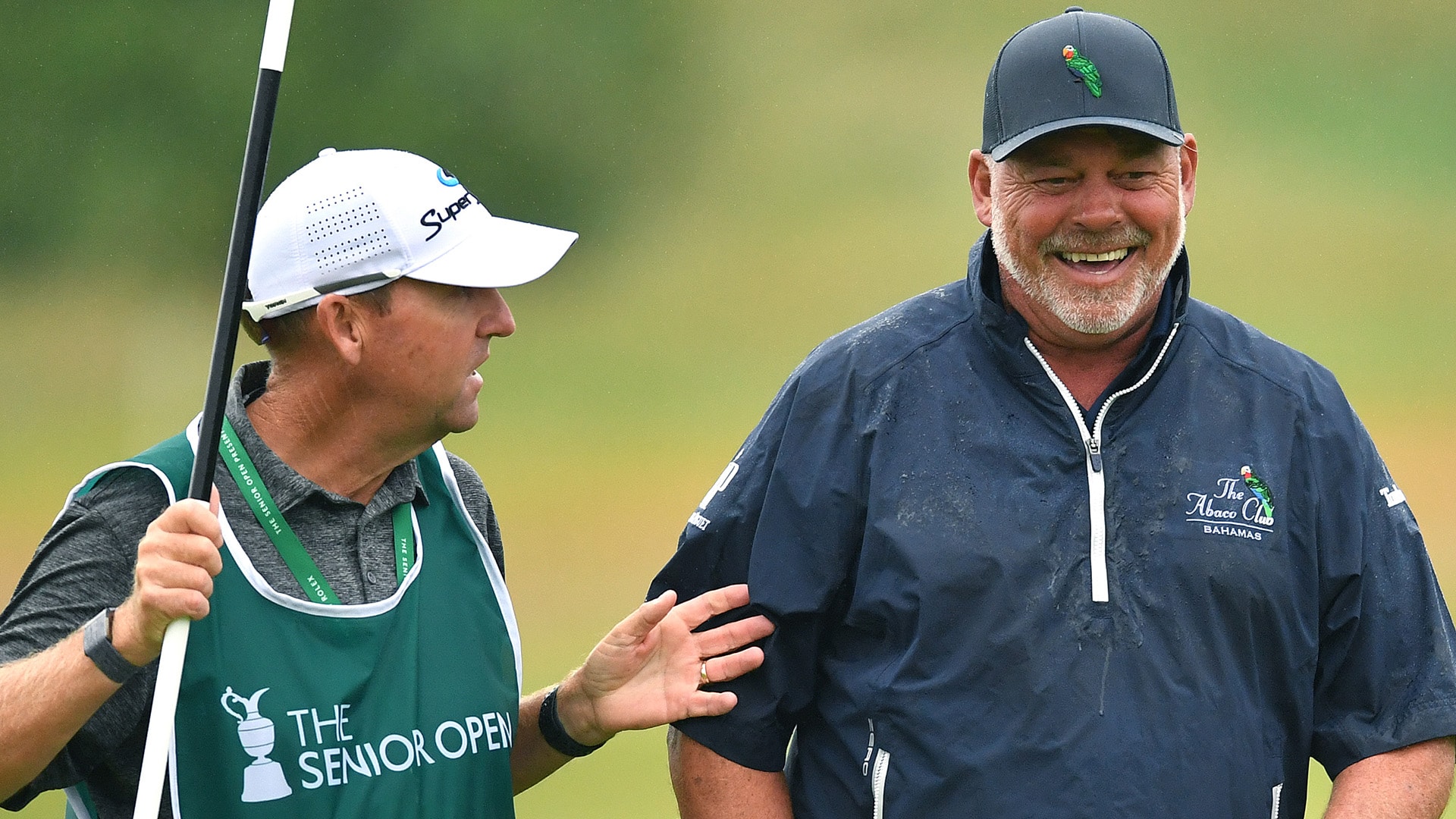 GLENEAGLES, Scotland — Darren Clarke’s bid for a first senior major title wobbled as he lost his overnight two-shot lead at the Senior Open Championship and Paul Broadhurst pulled level at 9 under overall after the third round on Saturday.

Clarke needed a birdie on the last hole to catch Broadhurst, who posted a 4-under 66 to Clarke’s 69 at Gleneagles.

“I’ve gone out there and I’ve played nicely all day. I’ve given myself chance after chance. I’ve hit good putts,” Clarke said. “I’ve hit 17 greens leading the tournament and played lovely. At least one decided to go in at the last.”

Clarke dropped shots on the 12th and 13th holes but steadied himself to stay in contention for another trophy after winning The Open’s claret jug in 2011.

“It would be pretty cool to have both of them sitting beside each other,” he said. “I would love to win the Senior Open as well as the main Open.”

But Clarke and Broadhurst face a tough final round on Sunday with New Zealand’s Steven Alker and American Jerry Kelly — both senior major champions — in a tie for third and only one behind them at 8 under.

Four-time major champion Ernie Els and three-time major winner Padraig Harrington are three strokes off the pace at 6 under, along with Colin Montgomerie, Stuart Appleby and Thongchai Jaidee.

“Just look at the leaderboard, some top names right behind me,” Broadhurst said. “I’m under no illusions, I’m going to have to go out and shoot a number tomorrow.”