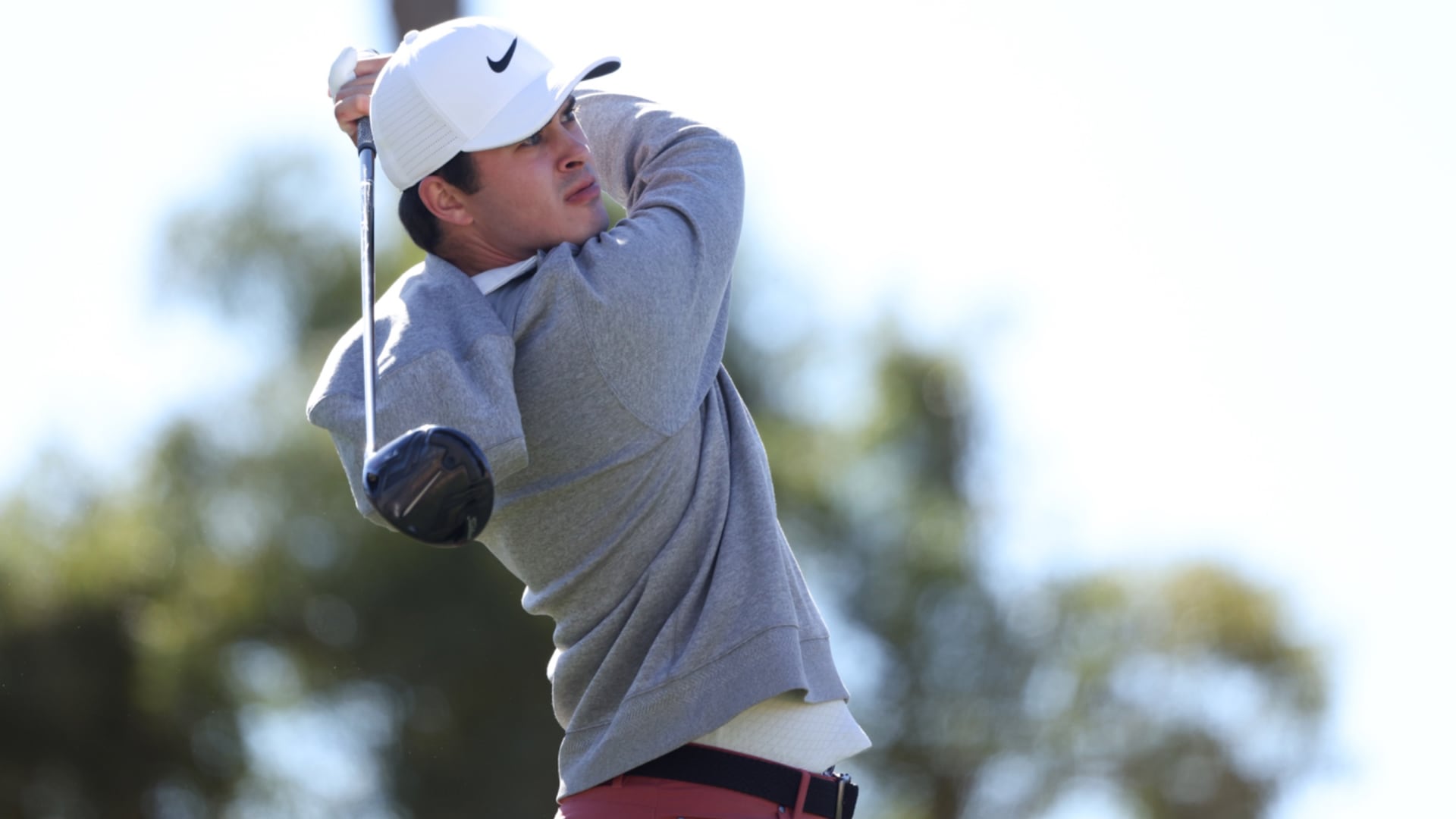 LA QUINTA, Calif. – It’s been a historic week for Davis Thompson, a PGA Tour rookie who matched the circuit record for eagles in a tournament (five) through two rounds at The American Express.

It didn’t start out that way.

Like many players, Thompson was traveling on Monday from Hawaii, where he played last week’s Sony Open, to California when his plane was forced to turn around and return to Honolulu. By the time he and his caddie arrived in San Francisco, they were forced to spend the night and didn’t arrive in the Coachella Valley until 11 a.m. Tuesday.

Because he wasn’t in Wednesday’s pro-am, he was forced to rush around the Stadium Course at PGA West and didn’t play Nos. 11, 12, 14, 15 and 16, although he did drive around them in a golf cart.

Luckily, Thompson stopped in the Coachella Valley on his way to the Sony Open two weeks ago and played practice rounds at La Quinta Country Club and the Nicklaus Tournament Course, which he played the first two rounds this week on his way to an 18-under total and a two-shot lead over Jon Rahm.

Thompson’s father, Todd, is with him this week and said his son has a “quiet confidence,” but with an unknown Stadium Course looming for Saturday’s third round, that’s sure to be tested.