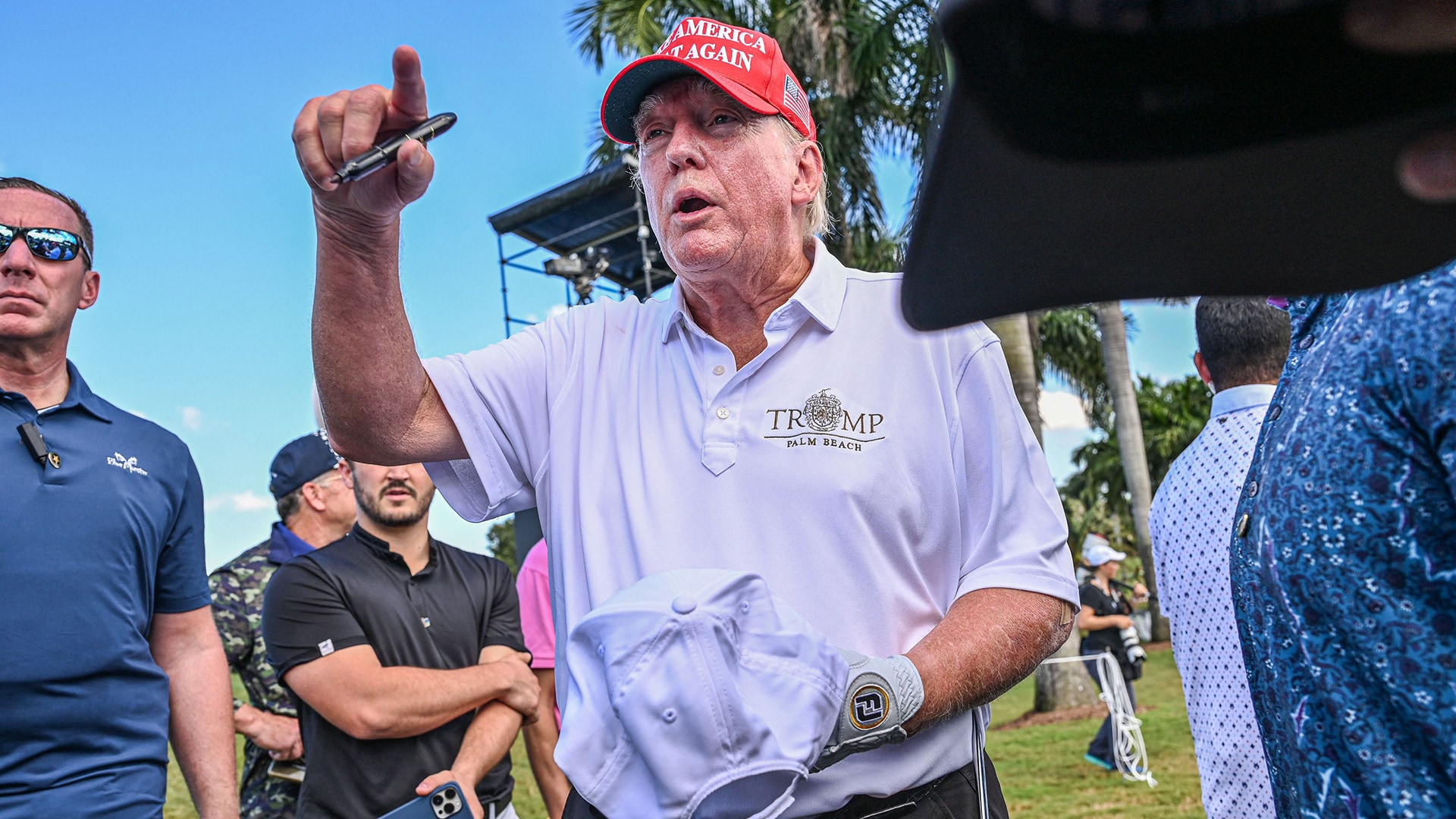 
DORAL, Fla. – Former President Donald Trump picked sides in the PGA Tour/LIV Golf divide long ago with two of his courses hosting LIV events this year, including this week’s team finale at Doral. On Thursday, he doubled down on his allegiance to the Saudi-backed circuit.

Trump’s history with the PGA Tour begins and ends at Doral, which was purchased by Trump in 2012 and hosted a Tour event from 1962 to 2016 on the Blue Course. The Tour left the Trump-owned property in 2017 for a new venue in Mexico, which was seen as a slight toward Trump, who leaned into an anti-immigration agenda while campaigning for the White House.

“[The pros] never wanted to go to Mexico, I’ll tell you that,” Trump said. “They went and that didn’t work out too well.”

The 2022 PGA Championship was moved from another Trump course in New Jersey following the Jan. 6, 2021, Capitol Hill riots and The Open hasn’t been back to Turnberry, another property owned by Trump, since 2009, so it was no surprise he turned to LIV Golf.

The third LIV Golf event was played at Trump’s course in Bedminster, New Jersey, and according to various sources, the breakaway circuit plans to hold an event at a Trump-owned course near Washington D.C. next year, along with stops at Bedminster and Doral.

“Ultimately, I think, maybe, something gets worked out [between the PGA Tour and LIV Golf],” said Trump, who was also critical of the Tour and called those behind LIV Golf, “really good people.”

“Something could have been worked out so easily,” he said, “but the Tour decided to, as Richard Nixon said, stonewall it.”