↓ Skip to Main Content
Home › Blog › Dustin Johnson moves to No. 3 in OWGR with Travelers triumph

Dustin Johnson moves to No. 3 in OWGR with Travelers triumph 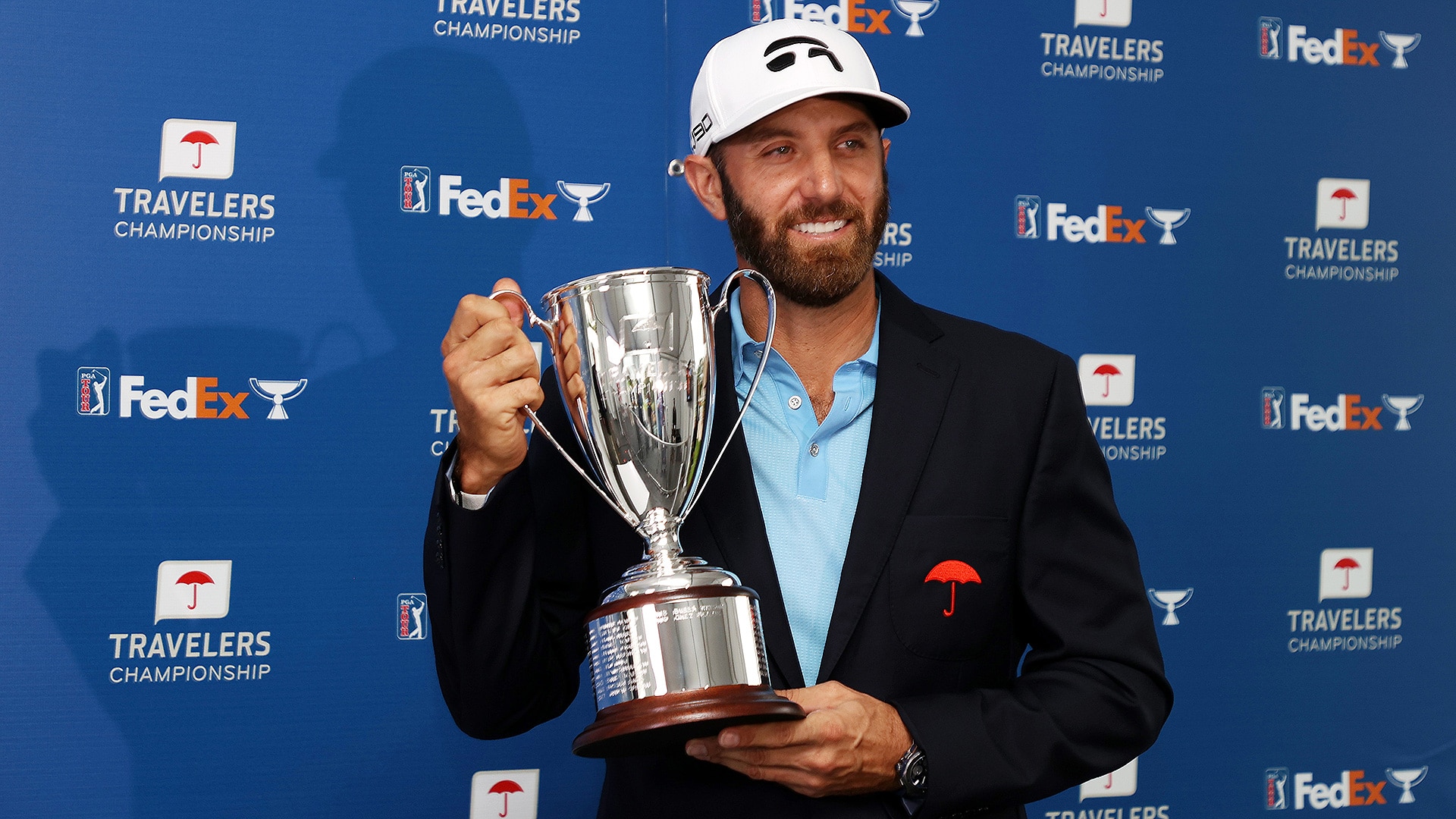 Johnson began last week’s Travelers Championship ranked sixth in the world, the first time he was outside the top 5 since his U.S. Open triumph in 2016. But the veteran quickly rebounded with a one-shot win at TPC River Highlands, his first in more than a year and one that vaulted him to No. 3 in the latest rankings.

Kevin Streelman finished one shot behind Johnson and went from 95th to 51st thanks to his second runner-up finish of the season. Mackenzie Hughes, who made a pair of long birdie putts on the final two holes to snag a tie for third, rose 60 spots to No. 98.

As positive COVID-19 tests increase, the PGA Tour continues to ramp up its protocols and moves forward to this week’s event in Detroit, Michigan.

Johnson’s win moved him past Justin Thomas, Brooks Koepka and Webb Simpson, and it marked one of two changes inside the top 10. Rory McIlroy remains world No. 1 for another week, followed by Jon Rahm, Johnson, Thomas, Koepka and Simpson. Patrick Reed remains at No. 7, followed by Adam Scott and Patrick Cantlay, while Bryson DeChambeau moved up one spot and swapped places with Xander Schauffele.

More than four months removed from his last official start, Tiger Woods remained No. 14 in the latest rankings.