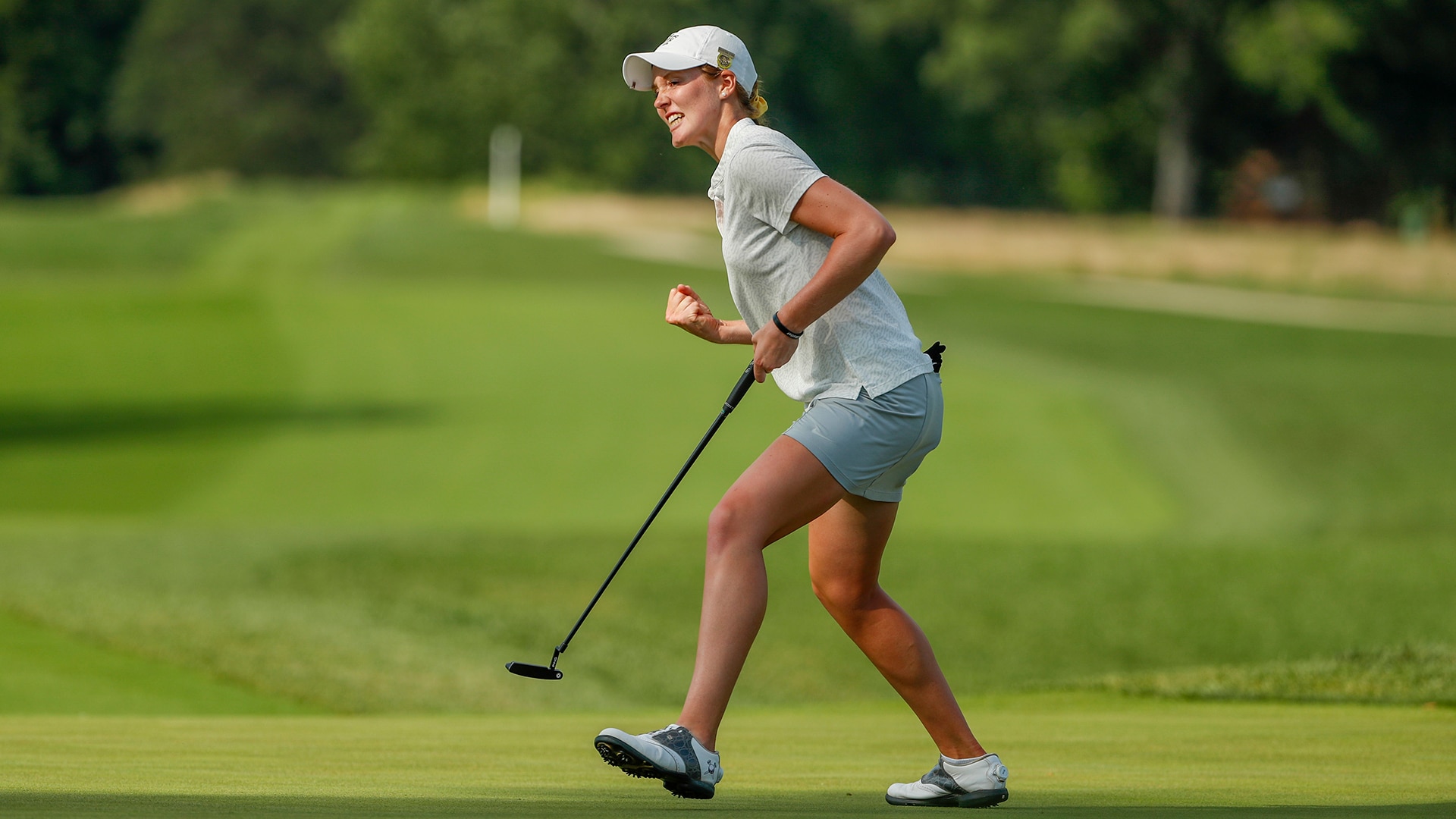 
Emilia Migliaccio was the last player to punch her ticket to the quarterfinals of the U.S. Women’s Amateur. Her reward? A matchup with the defending champion.

The Wake Forest senior needed 22 holes to dispatch of Auburn sophomore Megan Schofill on Friday afternoon at Woodmont Country Club in Rockville, Maryland. Despite her match-play pedigree – she is now 29-9-2 in the format since 2016 – Migliaccio said she had never been in extra holes before.

But after Schofill nearly eagled the par-4 18th hole (and Migliaccio matched her birdie with a clutch putt), Migliaccio found herself in overtime. The two halved the first three playoff holes with pars, with Migliaccio lipping out a short birdie putt on the par-5 third hole.

“I was like, ‘OK, don’t get frustrated,” Migliaccio said. “I was hitting really good shots.”

On the next hole, which she had three-putted in regulation, Migliaccio got redemption with a match-winning birdie.

“I really want this thing,” said Migliaccio, who said she has a project for a summer-school class due Saturday at noon, “so I really fought for it.”

Ruffels birdied twice in her final three holes, winning all of them, in a 4-and-2 victory over Spain’s T.T. Borrero.

“Obviously, I’ve done this before, and I don’t really feel the pressure or expectation or anything,” Ruffels said. “It’s mostly coming from myself, to be honest. But I’m just trying to have as much fun as I can out here, and I am doing that.”