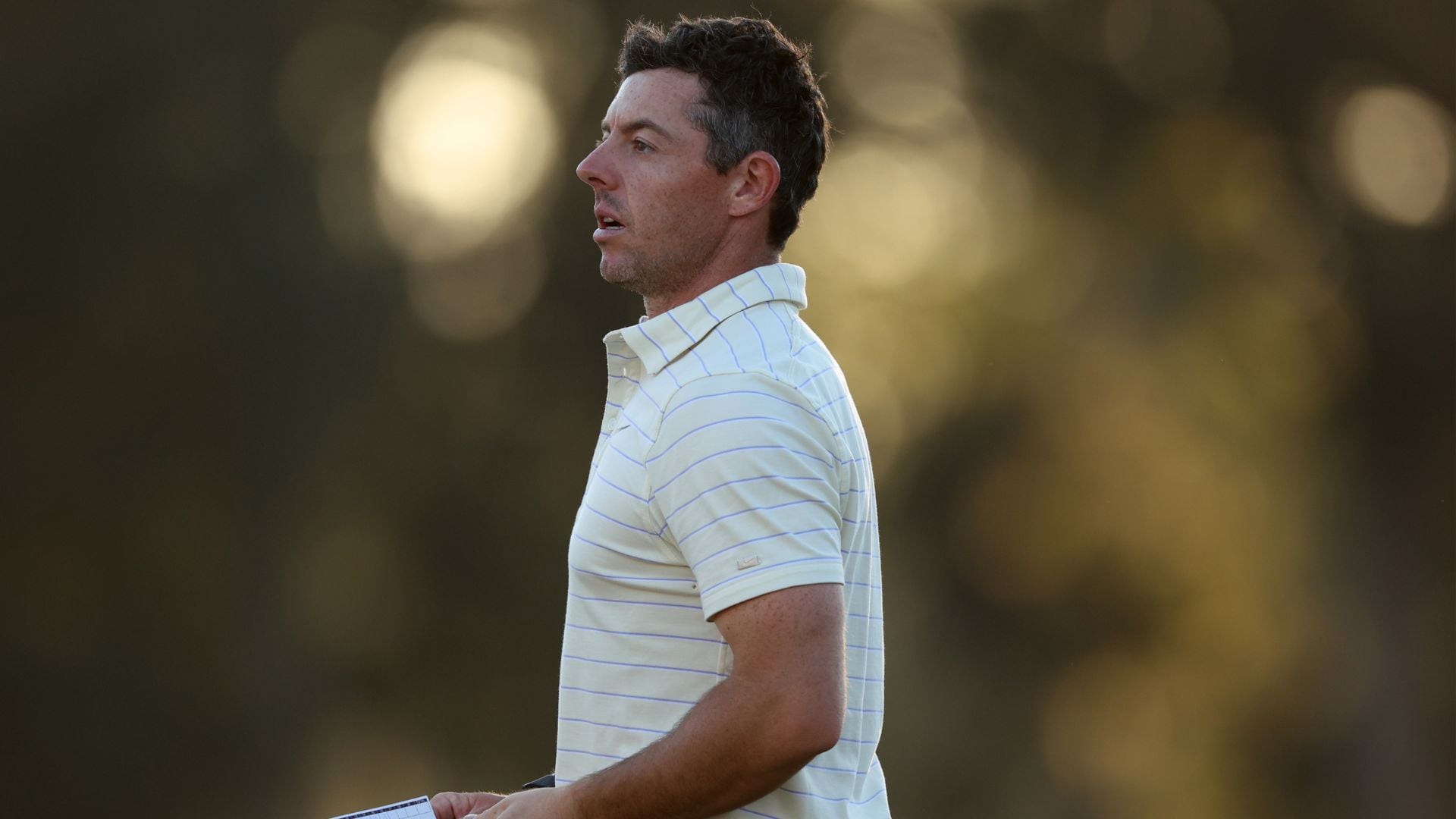 
RIDGELAND, S.C. – Rory McIlroy made two eagles that made the rest of his day feel better Saturday at the CJ Cup in South Carolina. His 4-under 67 was enough for a one-shot lead and a clear road to return to No. 1 in the world.

McIlroy hit a 6-iron that took the slope and rolled out to 2 feet for eagle on the par-5 fourth. He smashed a 376-yard drive and made his second eagle with a 30-foot putt from the tightly mown grass off the green on the par-5 12th.

The rest of the round was even par, a mix of good birdies and sloppy bogeys, and it added to a one-shot lead over Jon Rahm, Kurt Kitayama and K.H. Lee.

“You take away those two holes and I was even par for the rest of the round. Felt like it was a little scrappy coming in, but did enough to hang in there and shoot a solid score,” McIlroy said.

McIlroy was at 13-under 200, with hopes set on going back to No. 1 in the world for the ninth time in his career, and first time since the summer of 2020.

Having been there, all he said he truly cared about was winning.

Ditto for Rahm, who had to scrap his way through a series of bogeys for a 70. Rahm started the second round tied for the lead. He was five shots behind when McIlroy made his eagle on No. 12.

But the big Spaniard was solid as Gibraltar coming in at Congaree, picking off birdies with two good bunker shots and making a great escape for par on the 16th, where he purposely took free relief into the trees because of a tiny gap.

“A lot of battle today. I’m proud of it,” Rahm said. “I’m standing on 12 tee … I thought things could get ugly. But I just stayed on my own game and tried to make some birdies coming in and put myself in position for tomorrow.”

His only disappointment was not getting into the final group with McIlroy, a power group for a sleepy tournament in the low country.

There is an increasing likelihood that Rory McIlroy will be the No. 1 player in the Official World Golf Ranking come Monday morning.

Lee matched the low round of a day made challenging by some tees moved back and some pins in perilous positions. He also made amends on the 17th hole, the toughest at Congaree this week. Lee four-putted — the last three putts from 5 feet — for a double bogey Friday. This time he made one of only three birdies.

“Much better than yesterday,” he said.

Kitayama is the most curious of the contenders, a 29-year-old Californian who spent two years on the Korn Ferry Tour without much success, and then four years toiling across Asia and Europe, winning three times.

He battled Rahm in the Mexico Open and finished one back. He finished one behind Xander Schauffele in the Scottish Open. Saturday was the first time he had a share of the lead going into the weekend on the PGA Tour, and he held his own.

He was tied for the lead until his 65-foot putt across the 17th green ran some 7 feet by the cup, and he missed the comebacker for par.

Aaron Wise, much like Rahm, also had to piece together a game that didn’t feel like it was there. He had consecutive bogeys in the middle of the back nine, but scratched out pars coming in for a 71 and put him in the group three shots behind.

Tom Kim had a 69 and was four shots back in his bid to win for the third time before turning 21. The 20-year-old has won three of his last five starts.