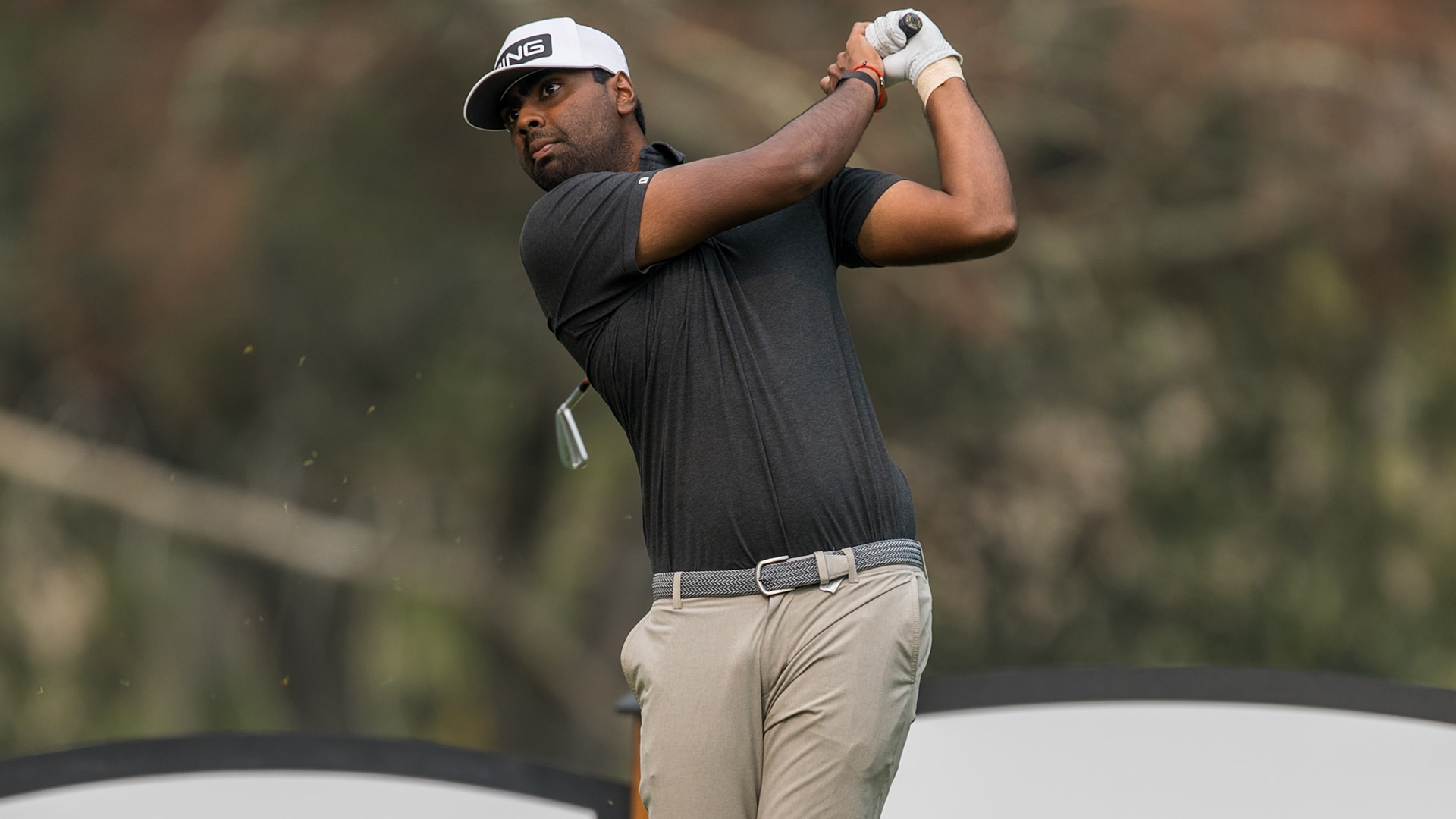 Sahith Theegala is feeling more comfortable on the PGA Tour. How comfortable, you ask? Well, for one, he’s returned to alternating putting grips this week at the Safeway Open.

It’s something Theegala has done on and off for years.

“Conventional for the longer putts has helped my speed out, and then the cross-handed for the shorter ones just helped me start online,” Theegala said. “… I’ve just always been a feel putter, so kind of switch it up, whatever feels good.”

Theegala was feeling locked in on the greens during Saturday’s third round at Silverado Resort in Napa, California. He kicked off his day with a 21-foot birdie make. He also sunk one from 37 feet at the par-3 15th, and he made several just inside of 10 feet before signing for an 8-under 64 to vault up the leaderboard, all the way to 13 under, which had him just two shots off the lead as the final groups were beginning play.

The recent Pepperdine grad, who swept the three big individual awards during a shortened season last spring, is playing the weekend for just the second time in his young pro career. He was among the few players who turned pro this summer, yet he did little with his sponsor exemptions, missing three straight cuts before tying for 41st in his last start, at the Barracuda Championship in August.

“I was just really excited and a little bit nervous the first couple,” Theegala said. “I was just so excited, like I’m out here with guys that I grew up watching, all of a sudden I’m competing against them.”

Now a few months into his pro career, Theegala is feeling more in sync, and that’s not just because of his Friday evening range session where he slowed down the rhythm of his swing, which had gotten a little quick. Theegala said he no longer wears himself out before tournaments rounds. He arrived for those first handful of events on Sundays before proceeding to grind for three straight practice days. This week he traveled to Napa on Monday and spent just two days preparing.

That extra energy will serve him well in his next goal: exercising more.

“That’s definitely something I need to work on here,” Theegala said. “Haven’t worked out in a little while, so I definitely need to take better care of my body, especially if I want to have a long career.”

A long career that could be jumpstarted by another strong round Sunday in Napa.