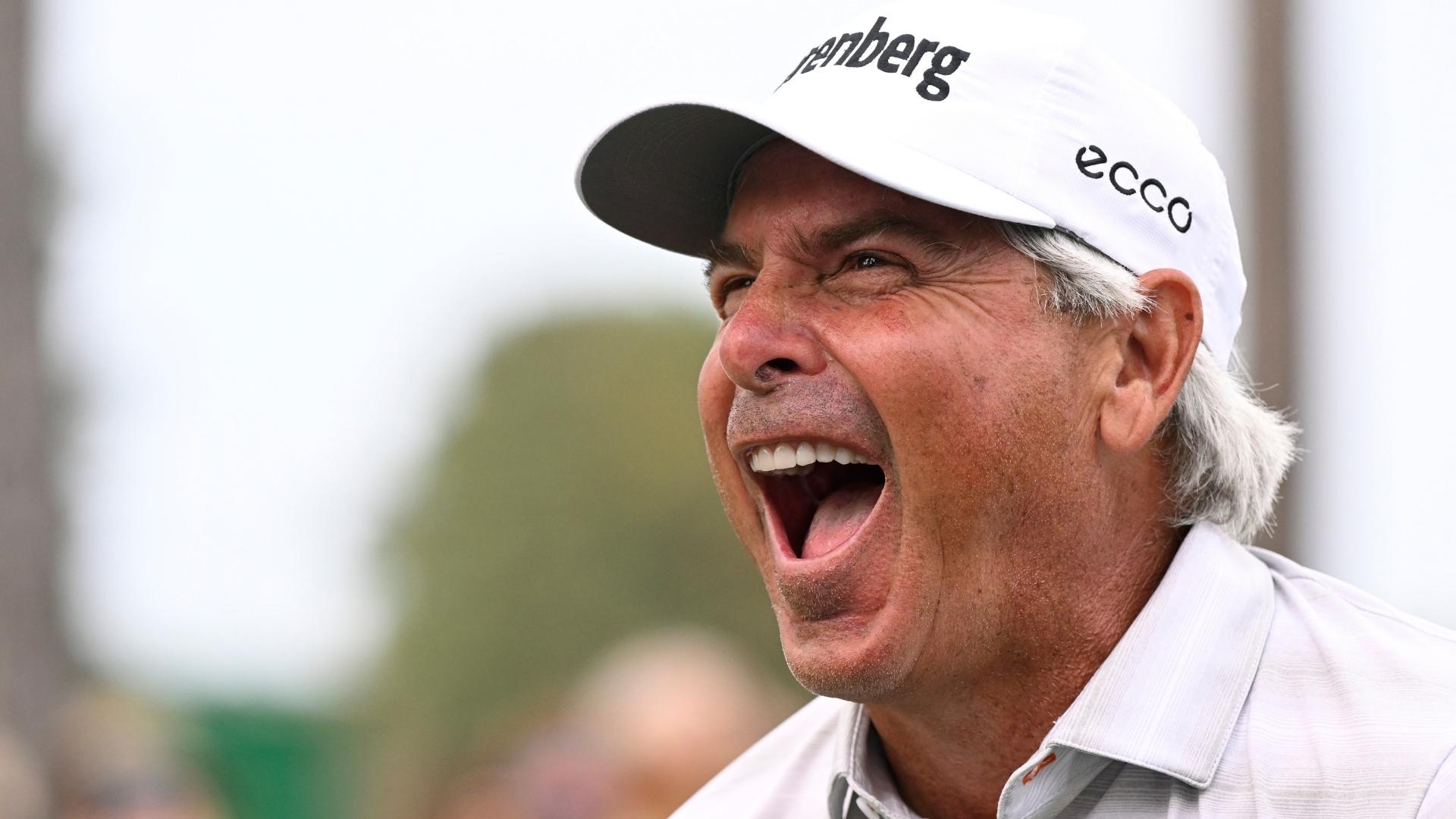 CARY, N.C. — Fred Couples broke his age by three shots with the lowest round of his PGA Tour Champions career, a 12-under 60, that sent him to a six-shot victory Sunday in the SAS Championship, marking his first title in more than five years.

Couples was two shots behind after four holes when the 63-year-old went on a run that amazed even him. He ran off five-straight birdies, made a key par on the 10th hole and then finished with seven-straight birdies.

Full-field scores from the SAS Championship

Couples won for the first time since the American Family Insurance Championship in 2017, and this was one he never saw coming. He started the tournament with a double bogey. He decided to use Griffin Flesch, the son of Steve Flesch, as his caddie.

For all the birdies, Couples felt the key to his day was a par.

He was two shots ahead of Jerry Kelly when he holed an 18-foot par putt. Kelly closed the gap to one with a birdie on the par-3 11th, and then, Couples took off. Kelly put his second shot on the par-5 12th in the water, while Couples two-putted for birdie.

Couples made an 8-foot birdie on the next hole, an 18-footer on the 14th, and then saw his shot from rough narrowly clear the bunker and take a big hop onto the green to 5 feet. It never stopped, even on the last hole when his approach rolled out to 7 feet.

“My game can come and go,” Couple said. “I’m done for the year, but I’m definitely… my game on the Champions Tour is trending, and I like where it’s going. I’ve got next year. Everyone thinks they can win out here. Today was my day.”

Steven Alker closed with a 64 to finish second and extend his lead in the Charles Schwab Cup standings going into the postseason. Kelly needed an 18-foot birdie putt to tie for second, but he three-putted for bogey and a 67 to finish third.

The top 72 players are eligible for the postseason. Couples said he won’t play again the rest of the year. Steve Stricker, who won last week in Florida, also doesn’t plan to play in the playoffs except for the season finale in Arizona.