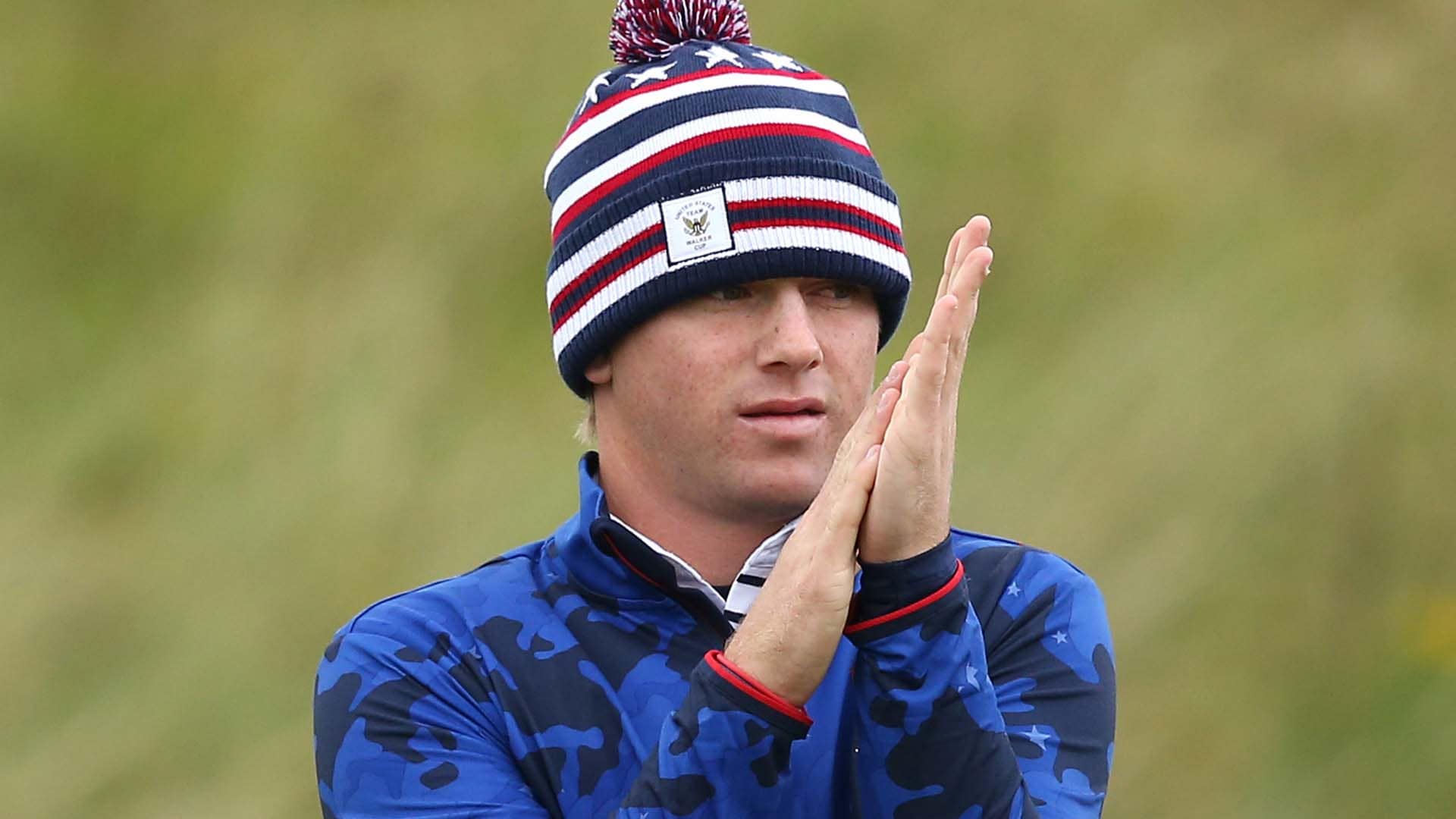 
As the coronavirus pandemic threatens to alter the landscape of college golf, not every potential effect is negative.

Amid rumblings of reduced competition days and uber-regional schedules.

Amid shuttered programs such as Akron and Brown.

The NCAA’s decision to grant student-athletes an extra year of eligibility, along with the lack of professional playing opportunities and shortage of sponsorship dollars, has caused most of college golf’s top seniors to return to school.

“At a high level, the sport got a lot stronger,” Stanford coach Conrad Ray said. “It’s going to be a stacked year. Weirdly, with this setback, you just elevated the level of play for the entire body of college golf.”

Which makes this the perfect time for the PGA Tour to launch its new project, PGA Tour University.

The program is designed to reward the top senior golfers with membership on the Korn Ferry Tour and its other feeder tours. With just 15 cards up for grabs, including just five KFT spots, the points race already naturally breeds competition.

But considering the talent returning and the crop of rising seniors, the pool for Year 1 will likely be deeper than any year moving forward.

Here are some of the top names to watch as PGA Tour U kicks off:

The Commodores star and reigning U.S. Amateur runner-up is a four-time All-American and capped his shortened senior season with SEC Player of the Year honors. Augenstein, who is ranked second in Golfstat and 17th in WAGR, recently decided to return for another year and should be the favorite for national player of the year next season.

Yu failed to earn All-America honors this past season after being a first-team selection as a junior, but that was mostly due to him missing two college events to play in other tournaments. He is a three-time winner in college and the highest-ranked returning senior at No. 4 in the WAGR.

Reband racked up five top-10s as a senior to earn first-team All-America honors and finish the year ranked third in Golfstat. He is ranked No. 22 in WAGR.

Another first-team All-American from Oklahoma, Cummins finished his senior season ranked fifth by Golfstat. Next season will actually be his sixth year with the Sooners, as he redshirted during the 2015-16 season. He is ranked No. 25 in WAGR.

Another first-team All-American, Dossey, ranked fourth in Golfstat and No. 33 in WAGR, was recently named Baylor’s player of the decade. He overcame wrist surgery during his junior season to win once among four other top-10s as a senior.

The nephew of Ernie Els, Rebula announced fairly quickly that he would be returning to school. He is ranked in the top-30 in both WAGR and Golfstat. He is still the reigning SEC individual champion and also won the 2018 British Amateur.

Ralston didn’t have a strong senior campaign with just two top-10s, but he was an honorable-mention All-American in each of the two previous years. He had a stellar summer last year, winning the Players Amateur and reaching the quarterfinals of the U.S. Amateur. He is ranked 40th in the WAGR.

After winning twice as a senior at UNCG, Brightwell is currently in the transfer portal. It’s likely that he will end up at a big-name program, so he’ll get a nice strength-of-schedule boost as he chases a card through PGA Tour U.

The three-time All-American and U.S. Walker Cupper is the darling of the 2021 class. He finished his junior year with two wins and ranked 17th in Golfstat. He is ranked No. 6 in WAGR.

Thompson was a Haskins Award finalist as a junior, as he finished the season ranked sixth by Golfstat and with five top-10s, including one win.

Eckroat was a key piece on the Cowboys’ 2018 NCAA Championship team. He didn’t have a standout junior season by his standards but still earned All-America honors and finished 21st in Golfstat. He is ranked No. 19 in WAGR and figures to be among the favorites for player of the year honors next season.

One of the designs of PGA Tour U is to attract top international talent to the Tour’s umbrella of tours. Schmid, from Germany, has the talent to crack the top 15 next year. The 2019 European Amateur champion is ranked No. 24 in WAGR and had five top-10s as a junior.

The 2017 U.S. Junior Amateur champion and early enrollee at SMU, Goodwin finally hit his stride as a college junior, ranking 14th in Golfstat and posting four top-10s, including a win. He is ranked 36th in WAGR.

Finishing his junior year ranked one spot behind Goodwin in Golfstat, Meissner had four top-5s, including a victory. He is ranked No. 39 in WAGR.

Despite ranking 70th in WAGR, Lee came alive during his junior season, winning the Cabo Collegiate and adding three other top-11s to earn third-team All-America honors.

Other players to keep an eye on