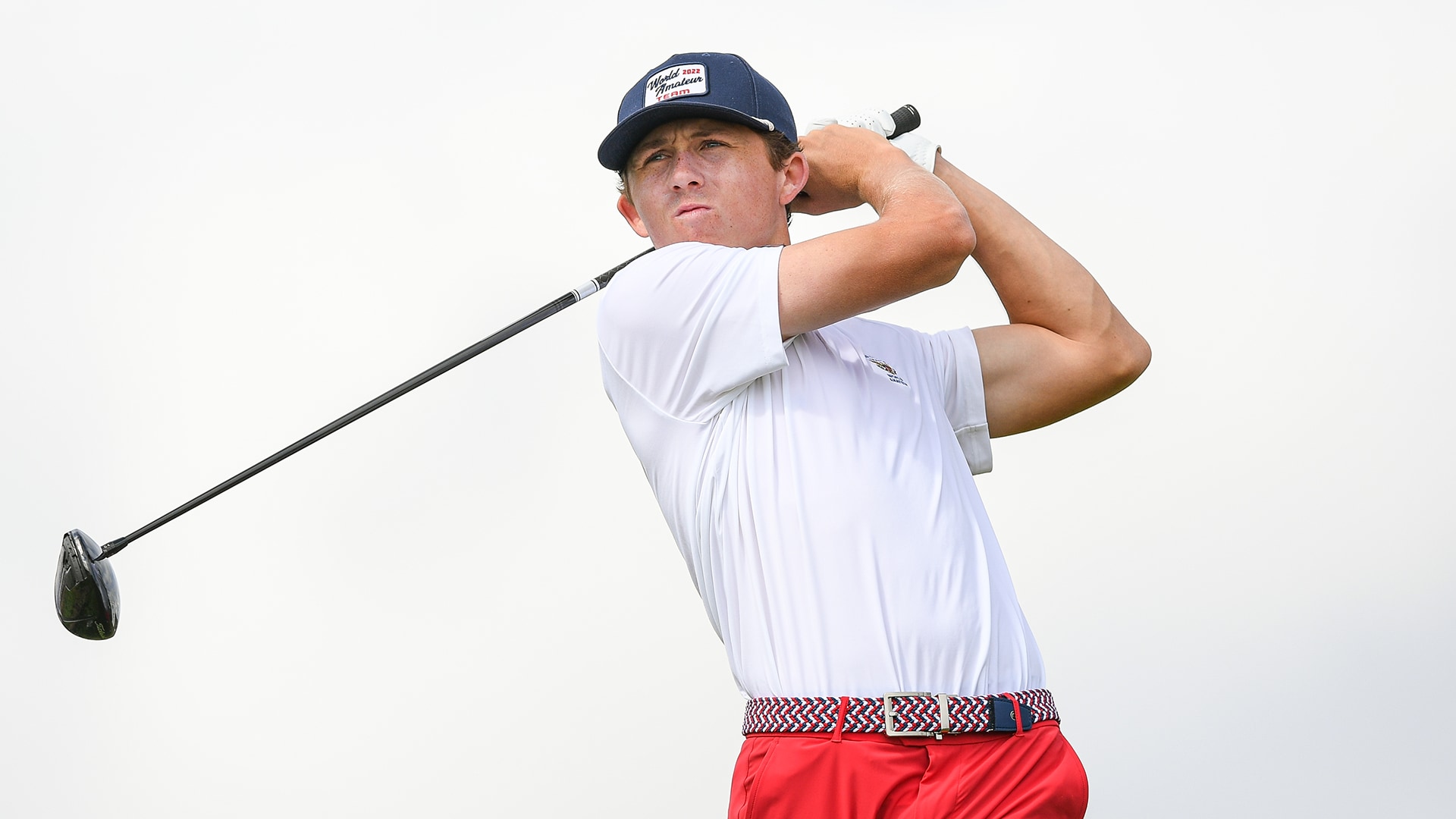 
The USGA announced Tuesday the 16 Americans who have accepted invites to attend next month’s U.S. Walker Cup practice session.

Headlining the list are Vanderbilt sophomore Gordon Sargent, the reigning NCAA individual champion, and Stanford junior Michael Thorbjornsen, who is ranked fourth in the World Amateur Golf Ranking, a spot behind Sargent.

The 31-year-old Hagestad is the only attendee to have past Walker Cup experience. Hagestad has been on the past three U.S. teams – all winning teams. Beck is a 32-year-old Wake Forest grad who is ranked No. 66 in WAGR and won the George C. Thomas Invitational and was runner-up at the George L. Coleman Invitational this past summer.

Menante, Hitchner, Jackson and Steelman are also seniors and currently ranked No. 23 or better in PGA Tour University. The top 20 after nationals will earn some sort of status under the PGA Tour umbrella next summer and earn Q-School exemptions. Next year’s Walker Cup is scheduled for Sept. 2-3 at St. Andrews’ Old Course in Scotland.

“The young golf talent in this country is impressive, and I’m thrilled to gather with this group for a practice session next month,” U.S. captain Mike McCoy said. “We have a strong list of young men attending – a mixture of seasoned veterans as well as up-and-coming stalwarts of the amateur game. I’m excited to spend more time with this group.”

Other notable seniors such as North Carolina’s Austin Greaser, Texas A&M’s Sam Bennett, Pepperdine’s William Mouw and Texas’ Travis Vick likely were invited but declined as they are in position to earn some sort of Korn Ferry Tour status next summer. All are currently ranked top 15 in WAGR.

Jackson, at No. 43 in the world, was the lowest-ranked non-mid-am invitee. The highest-ranked non-seniors in WAGR who will not attend the practice session: Auburn’s J.M. Butler (39), Arizona State’s Preston Summerhays (61) and Alabama’s Nicholas Dunlap (63).

The good news for those not invited, however, is attending the practice session is guarantor that a player will make the actual 10-man team.