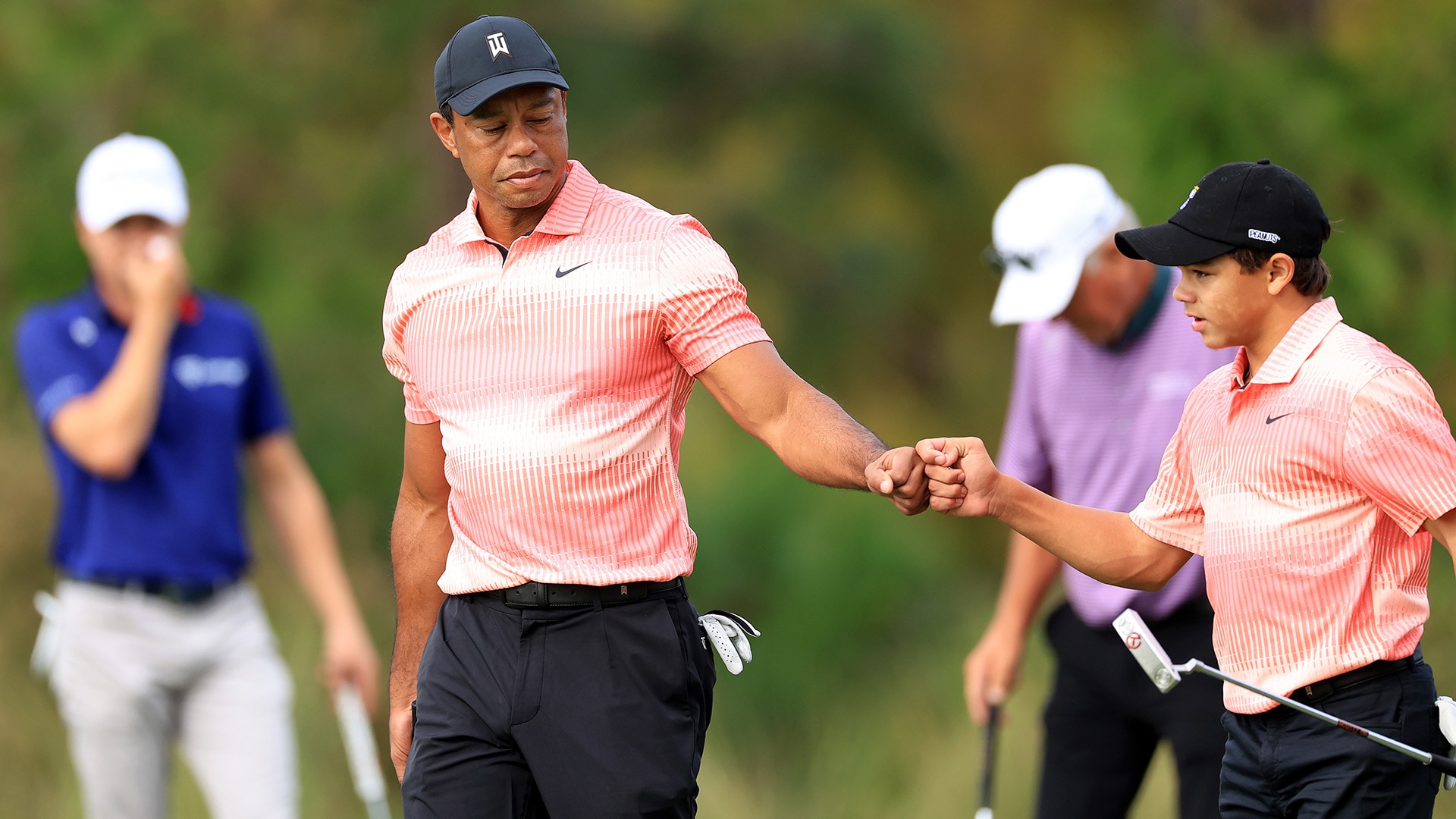 And despite both members of Team Woods banged up – Charlie was limping because of a left ankle that his dad chalked up to “growing pains” – the father-son duo have provided plenty so far in Saturday’s first round of the scramble-formatted PNC Championship, where the Woodses started 4 under through five holes.

Let’s begin on the par-4 second hole, where Charlie finessed a wedge shot close to set up the Woodses’ first birdie of the day.

On the next tee box, Tiger unloaded on a drive, posting 180 mph of ball speed and carrying the tee ball 306 yards.

And Tiger finished off the hole by chipping in for eagle, a shot that produced a December-scramble version of one of those vintage Tiger fist pumps.