↓ Skip to Main Content
Home › Blog › Highlights: Tiger Woods racking up birdies in final round of The Northern Trust

Highlights: Tiger Woods racking up birdies in final round of The Northern Trust 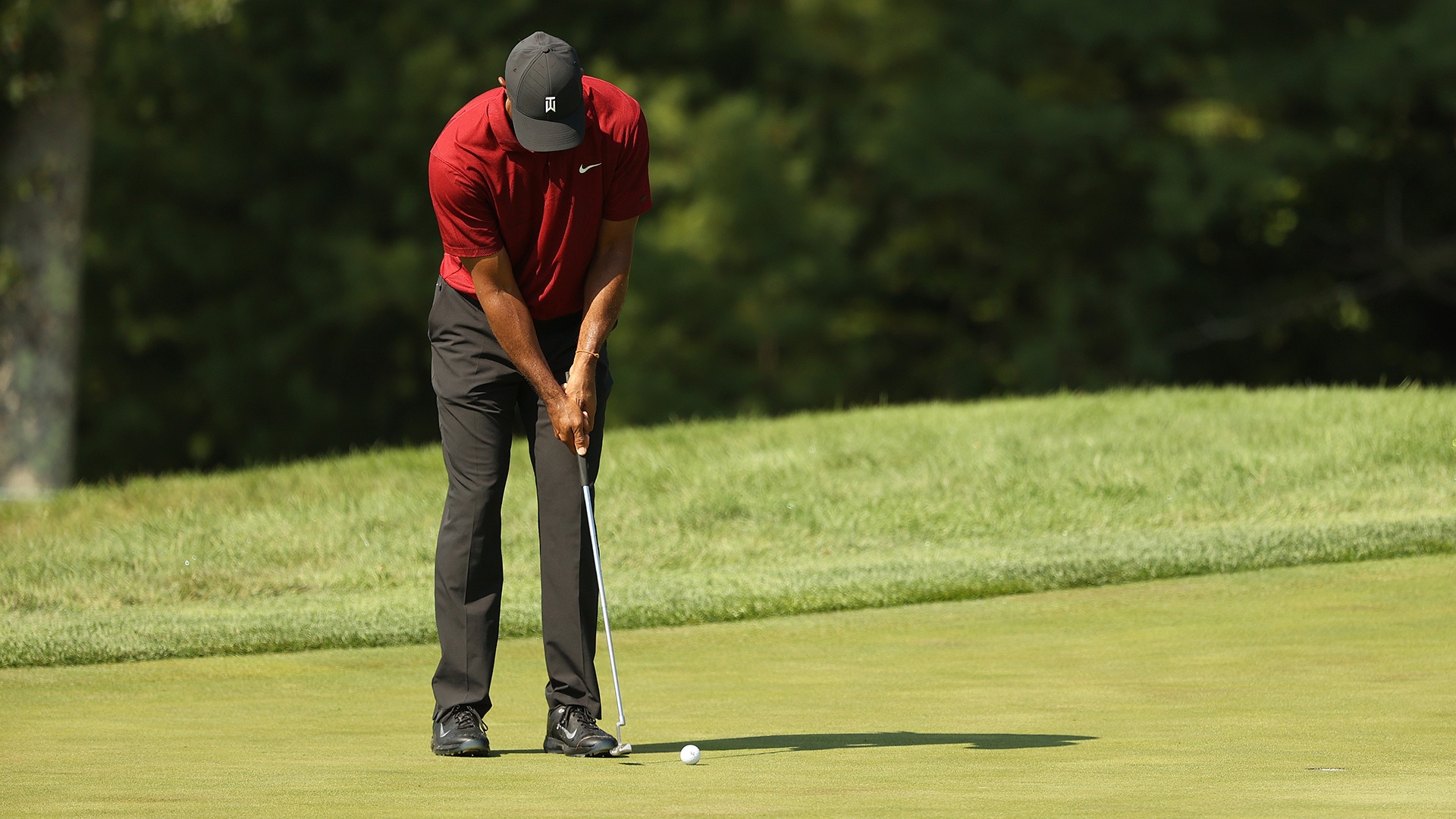 Tiger Woods found himself 21 shots off the lead entering the final round of The Northern Trust, but that didn’t mean he was ready to pack it in and move on to the BMW Championship next week. No, no, no … Woods needed a good finish to help his chances of getting back to East Lake and he wasted no time Sunday in doing so.

A perfect drive and a dart at the first set up Woods for his first birdie of the day after narrowly missing out on one Saturday.

Again in prime position off the tee at the par-5 second, Woods was aggressive and went for the green in two, just hopping onto the front pin-high and two-putted for his second birdie of the day.

At the par-3 third, Woods took a conservative line and left himself 45 feet right of the pin. A two-putt par would have been enough, but instead the guy who hasn’t made many putts all week rolled in the bomb for his third birdie in a row.

When you start the day as far back as Woods did, there’s really no reason not to be aggressive which is what he was at the short par-4 fourth, taking driver and cutting one up and onto the green for another look at eagle. Another narrow miss gave Woods his second two-putt birdie of the day to move to 4 under.

By this point, Woods was really feeling himself. So much so that, after another laser off the tee, he went driver off the deck (!!!) but came up just short in a greenside bunker that would leave him with a difficult third shot with not a lot of green to work with.

That difficult bunker shot with little green to work with? Yeah, that wasn’t a problem for Tiger, who played it beautifully and would knock that in for his fifth birdie of the day.

The hot streak came to an end at the par-3 eighth hole, however, after his tee shot sailed left and he was unable to get up and down. Whatever momentum that stopped, Woods got it right back with another dart into the green at the ninth, and knocked in his sixth birdie on the front to turn in 5-under 31.

Woods’ hot streak came to a screeching halt on the inward nine, making nine straight pars on the more difficult side to card a final-round 66 and finish on a high note in the first week of the FedExCup Playoffs. On to the BMW Championship next week at Olympia Fields.